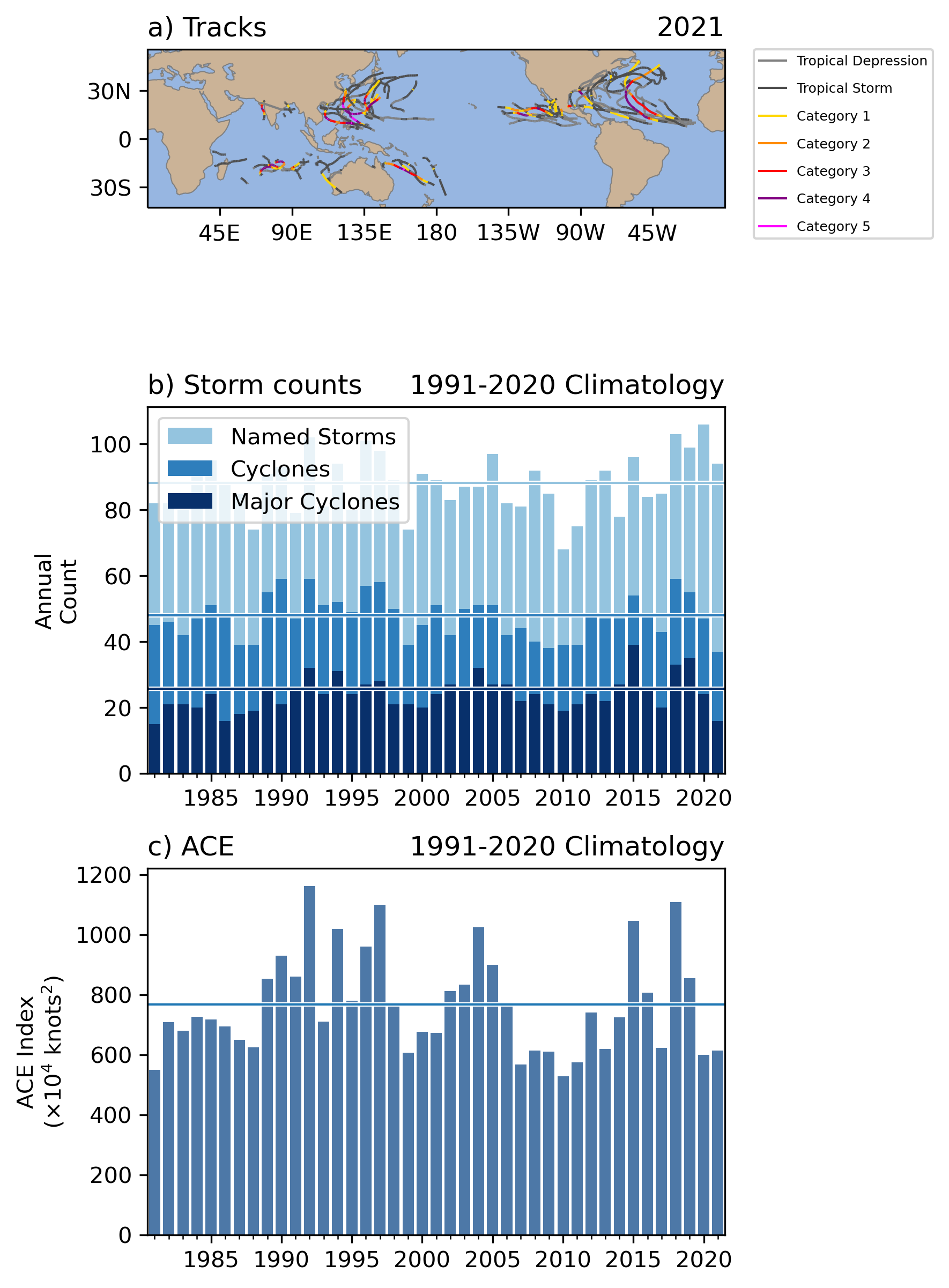 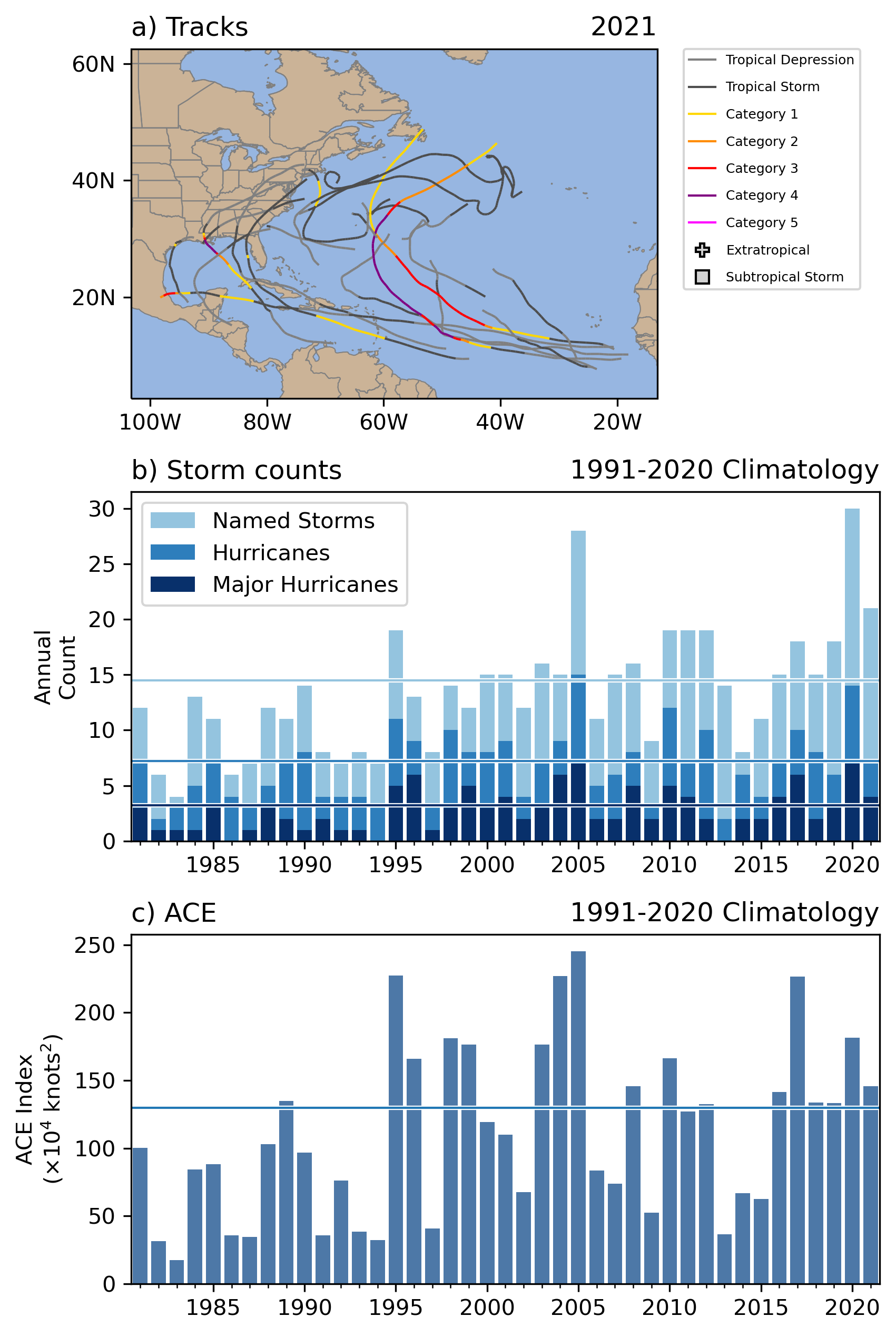 A total of 94 tropical cyclones formed around the globe in 2021, which ties 1994 for the tenth most since 1981. Despite this above-normal number of named storms, the overall global tropical cyclone activity was down in 2021. Only 37 tropical cyclones made hurricane strength (>74 mph), which is the fewest on record since 1981. The previous record was 38 in 2009. In addition, 16 storms reached major hurricane strength (>111 mph), which tied 1986 for the third fewest. Six storms reached category 5 strength (>157 mph) on the Saffir-Simpson Hurricane Wind Scale (SSHWS), which is slightly above the normal. The global accumulated cyclone energy (ACE: an integrated metric of the strength, frequency, and duration of tropical storms) was about 22% below the 1991-2020 average.

Similar to 2020, the North Atlantic played an out-sized role in the global tropical cyclone activity in 2021. The 21 named storms were the third most on record. The seven hurricanes were near normal and the four major hurricanes were above normal. The ACE was also about 20% above the 1991-2020 average.

Eight tropical cyclones made landfall in the contiguous U.S. in 2021, down from eleven in 2020. Four of those storms were billion dollar disasters: Tropical Storm Elsa, Tropical Storm Fred, Hurricane Ida, and Hurricane Nicholas. At $75 billion in damage, Ida was the costliest disaster of 2021 and the fifth most expensive hurricane on record (since 1980). Ida's destruction was unique in that its damage was concentrated in two distinct regions. It made landfall as a powerful category-4 storm in Louisiana causing heavy damage to the Gulf Coast. As its remnants moved northward, it merged with a frontal system to produce severe weather and flash flooding from Pennsylvania to New York.

Both the eastern and western North Pacific basins were generally less active than normal. In the East Pacific, the 19 named storms and eight hurricanes were both near normal. However, only two storms became major hurricanes, which is less than half of normal. The ACE was also about 30% below normal. Similarly, the 23 named storms in the West Pacific was near normal, but the ten typhoons and five typhoons were both among the five lowest years since 1981. The ACE was also about 30% below normal in the West Pacific.

Despite the overall lack of activity in the West Pacific in 2021, the basin produced four of the six category-5 storms observed globally: Surigae, Chanthu, Mindulle, and Rai. Super Typhoon Rai was the most impactful of these as it made landfall in the Philippines shortly after rapidly intensifying to category 5 strength. 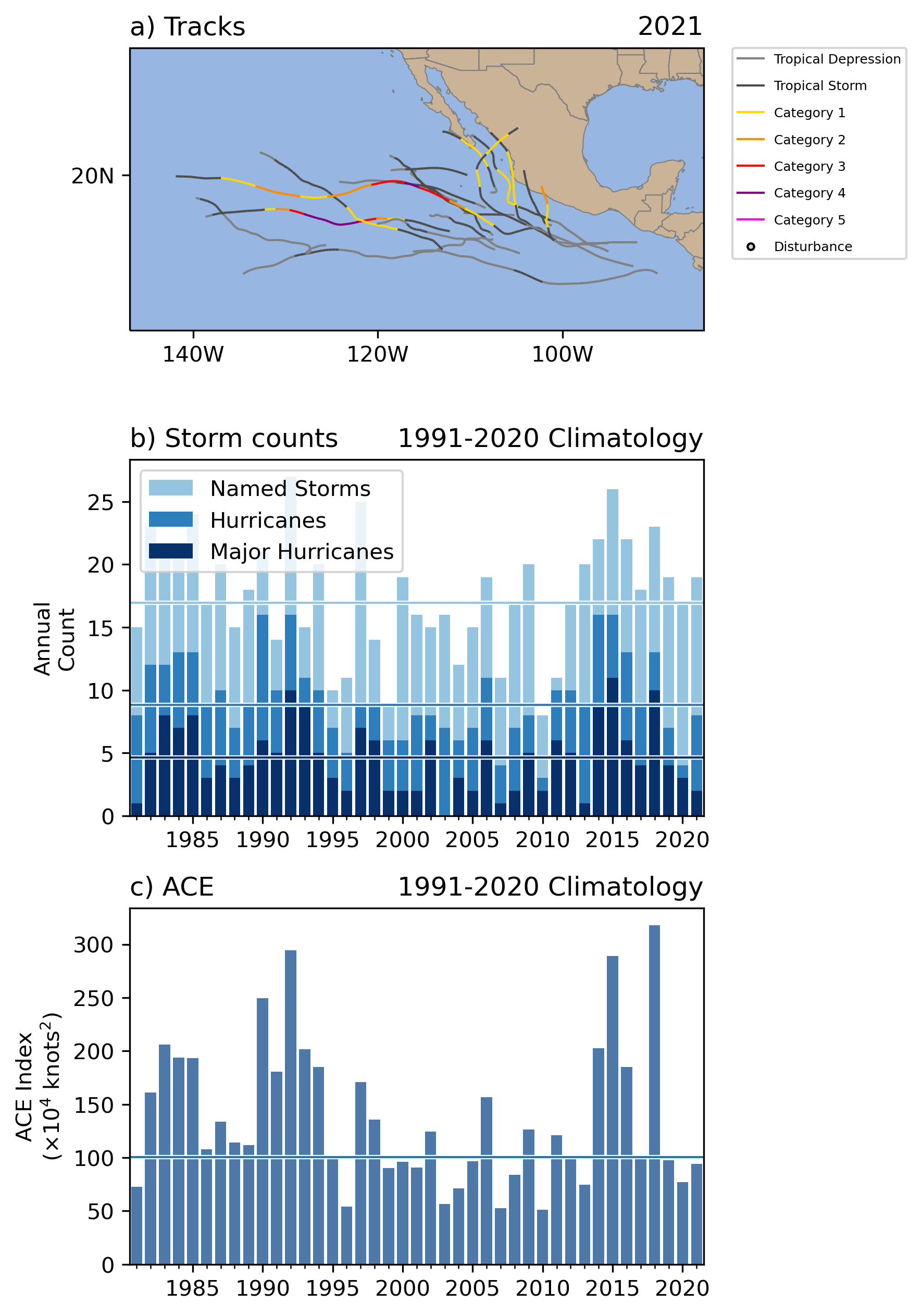 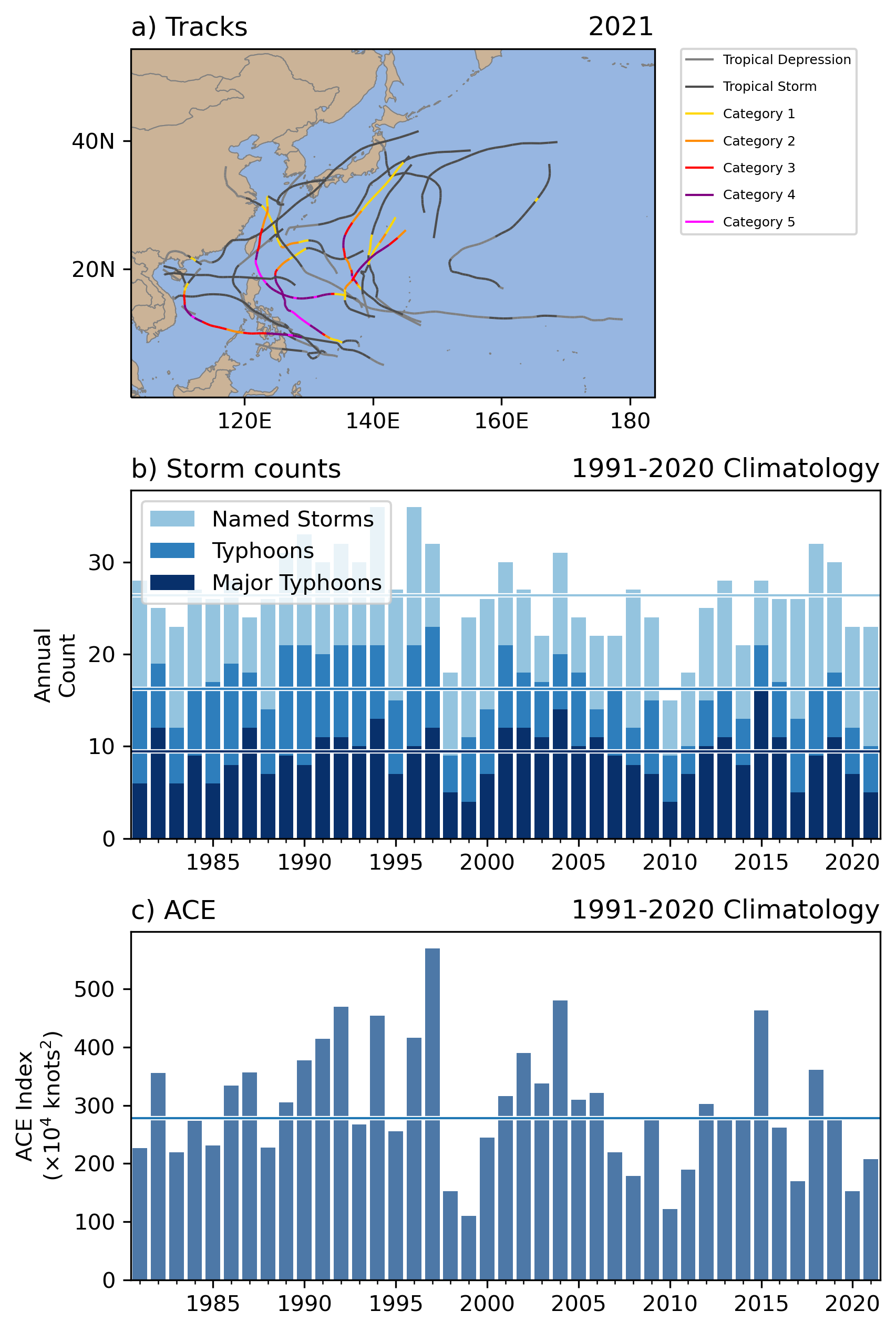 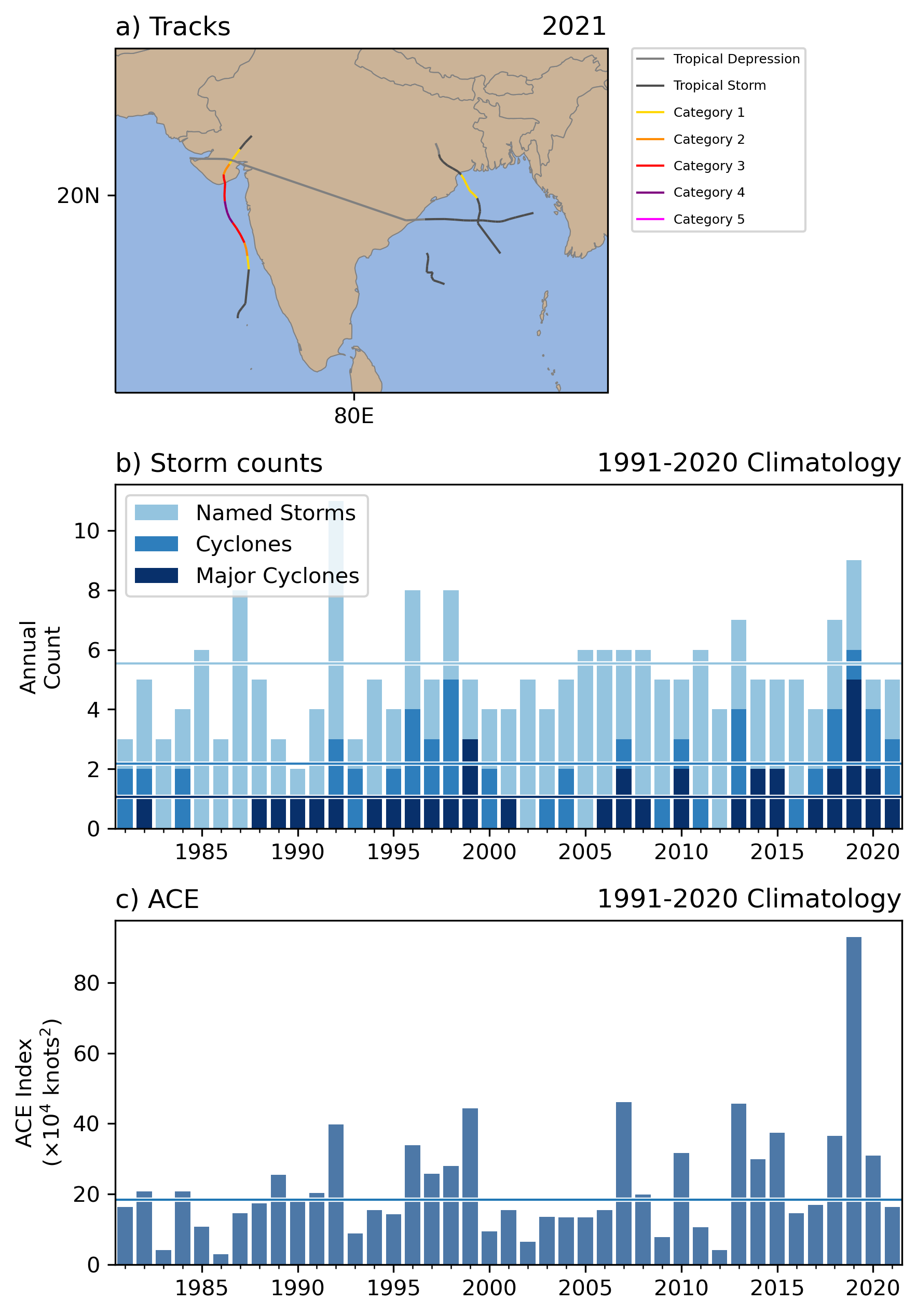 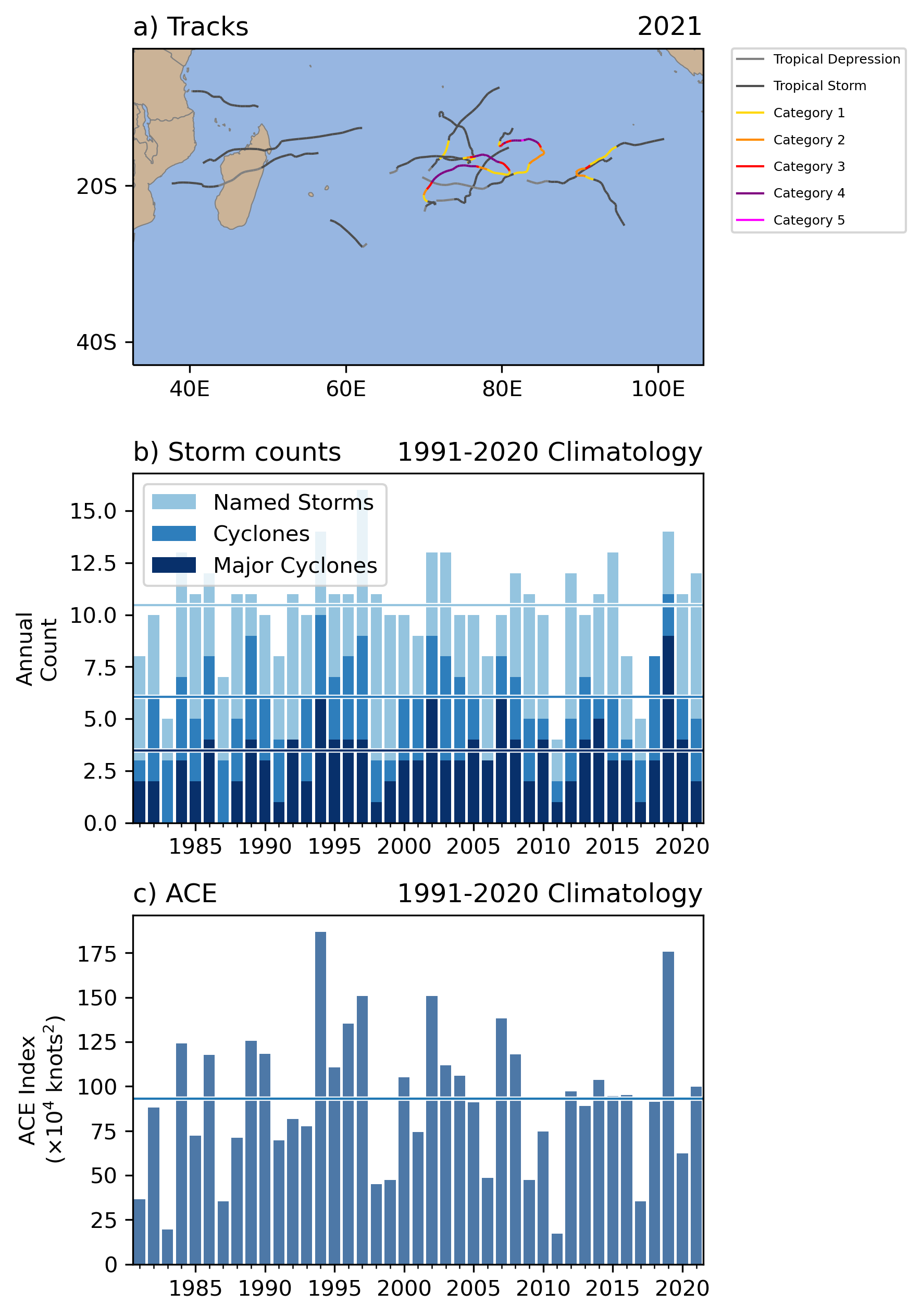 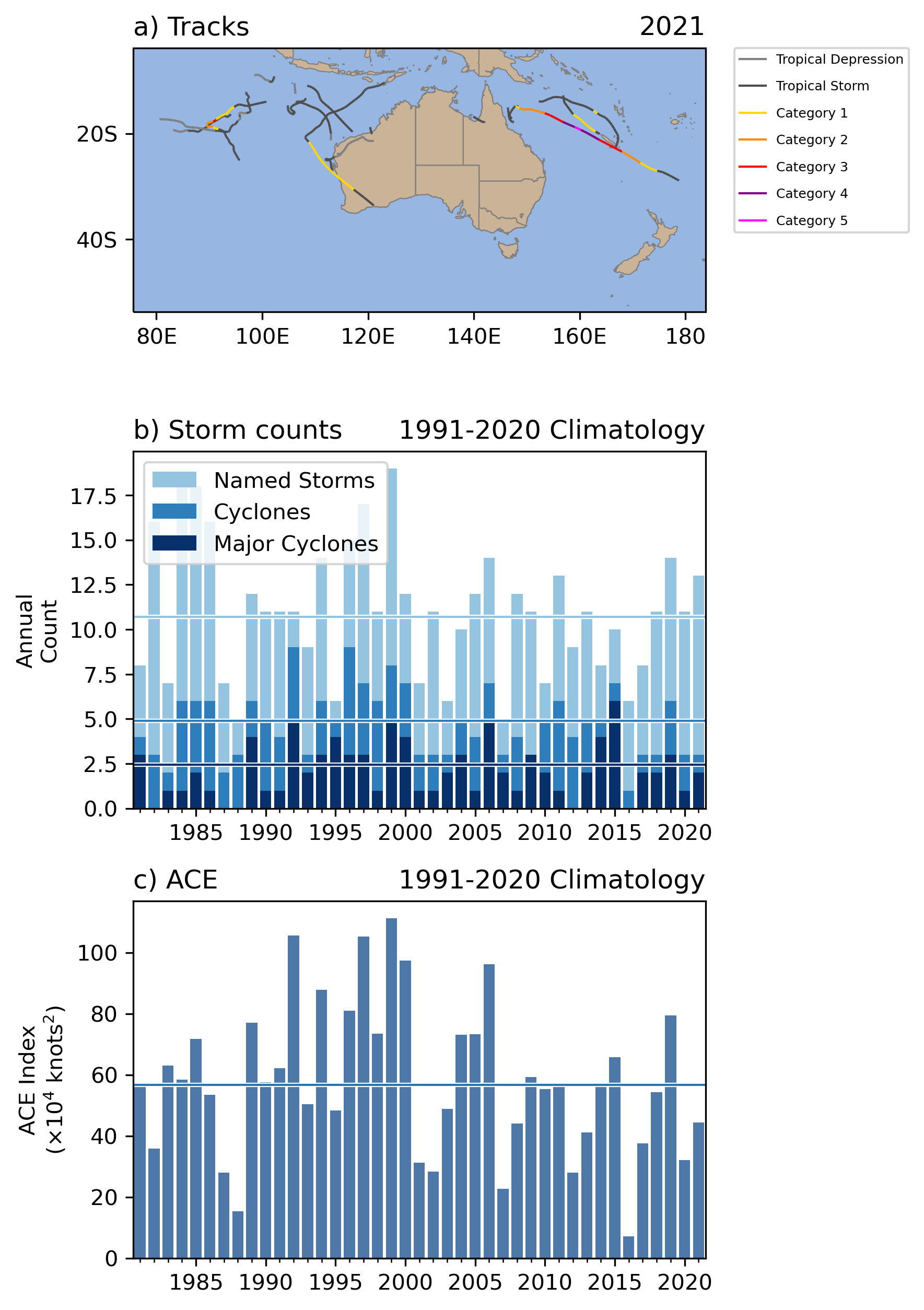 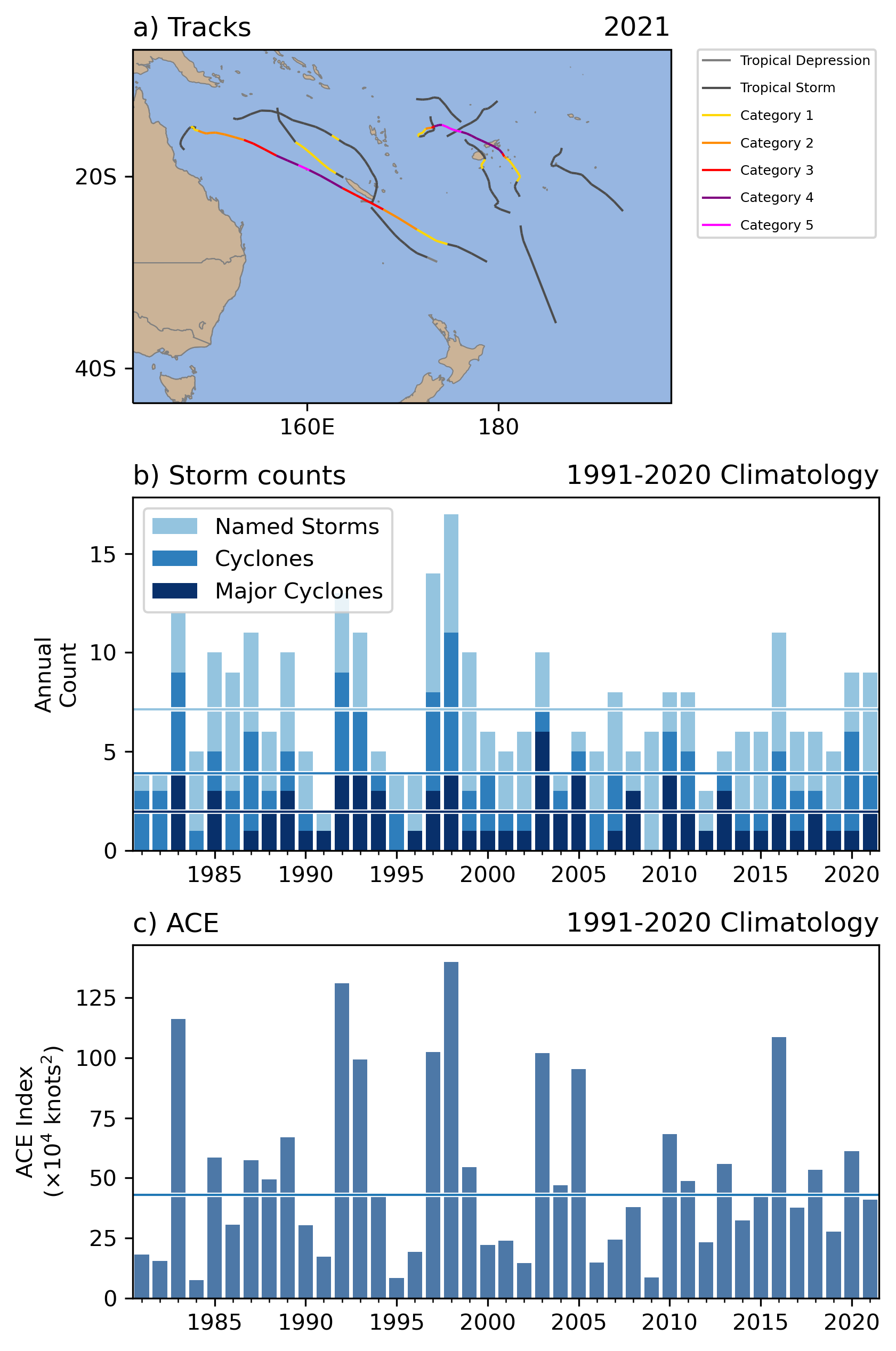