« July 2019
September 2019 »
Note: This report catalogs recent tropical cyclones across the North Atlantic and East Pacific and places each basin's tropical cyclone activity in a climate-scale context. It is not updated in real time. Users seeking the real time status and forecasts of tropical cyclones should visit The National Hurricane Center. 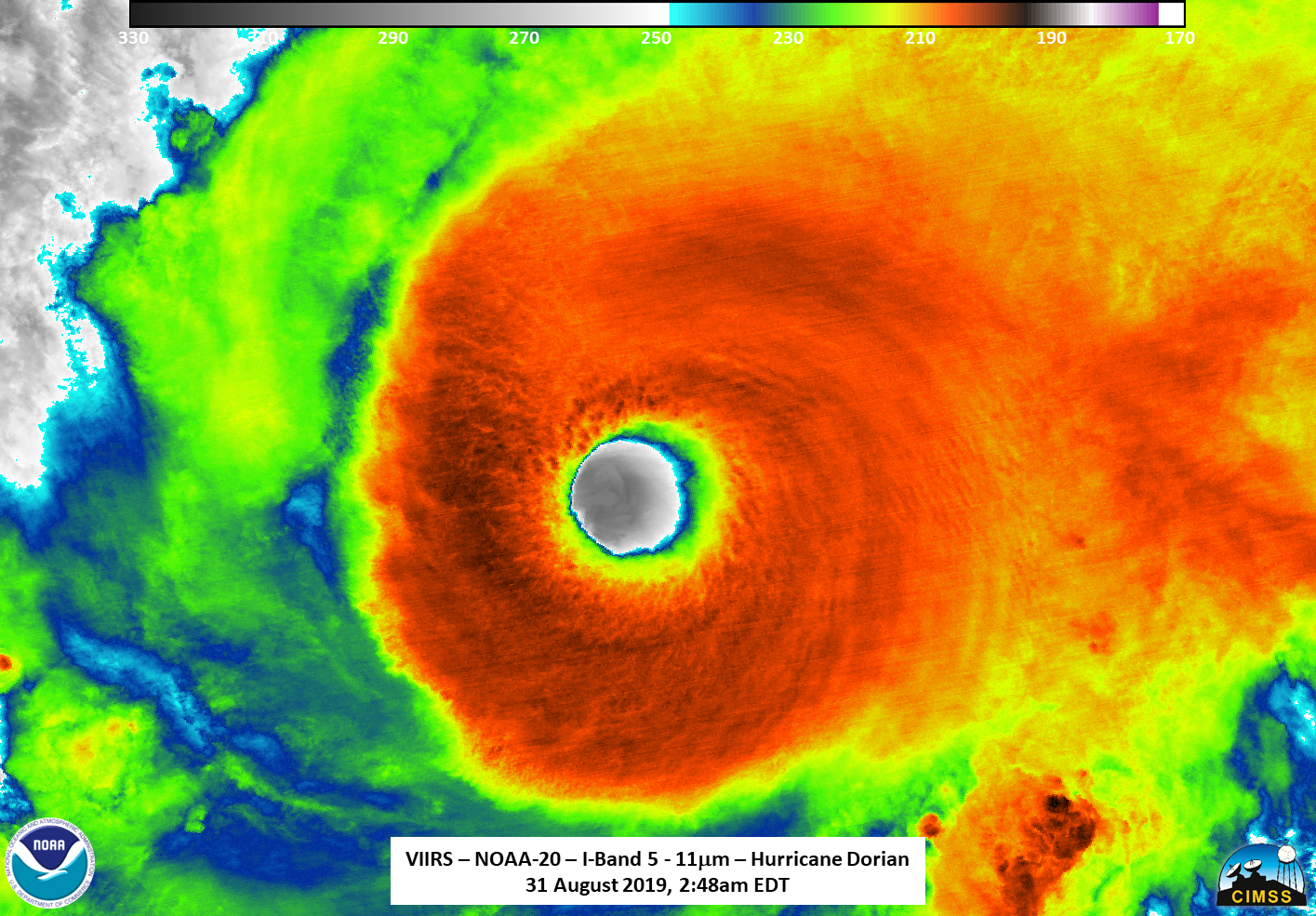 Hurricane Dorian was the first major hurricane of the 2019 Atlantic Hurricane Season. It formed in the Main Development Region to the east of the Windward Islands. Dorian's initial development was slow, but development accelerated as it passed to the east of Puerto Rico over the U.S. Virgin Islands and became a hurricane on August 28. On August 30, it intensified rapidly from Category 1 to 4. It eventually reached Category 5 on September 1 with a peak intensity of 185 mph as it made landfall in the Bahamas. These winds tied Hurricanes Gilbert (1988) and Wilma (2005) for the second strongest winds in the Atlantic since 1950. Only Hurricane Allen (1980) had stronger winds with 190 mph. It also ties the 1935 Labor Day Hurricane for the strongest winds at landfall in the Atlantic.

Dorian's impacts in the Bahamas were particularly devastating because the storm's motion stalled shortly after landfall. Over the course of 24 hours on September 2–3, the storm traveled less than 30 miles while straddling Grand Bahama Island. This was the second shortest straight-line distance tracked by an Atlantic major hurricane in a 24-hour period since 1950. Only Hurricane Betsy (1965) was slower. Dorian began moving northwestward later on September 3. It brushed the coasts of Florida, Georgia, and South Carolina before making landfall as a Category 1 hurricane in the Outer Banks of North Carolina on September 6.