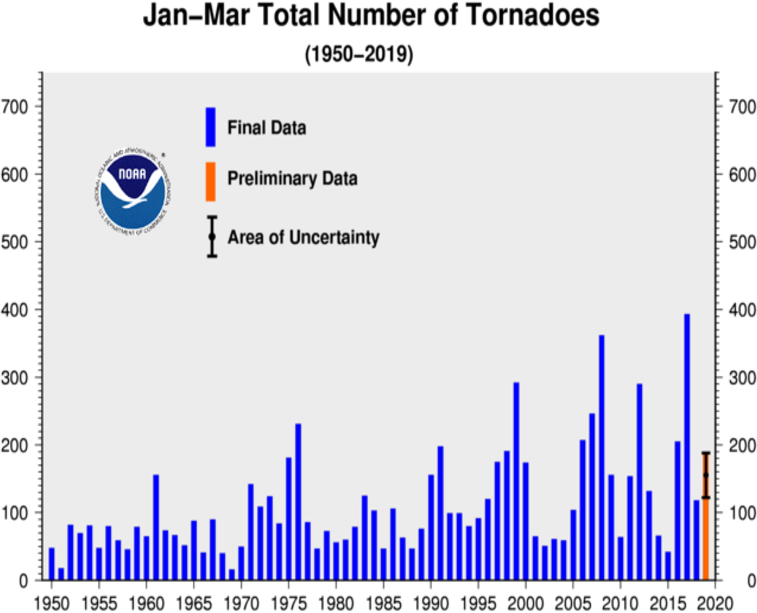 According to data from NOAA's Storm Prediction Center, during March there were 145 preliminary tornado reports. This is well above the 1991-2010 average of 80 tornadoes for the month of March. sThe majority of the March tornadoes occurred in two separate events. The most severe tornado outbreak of the month occurred on March 3, in which 70 tornadoes developed across Alabama, the Florida panhandle, Georgia and South Carolina. This tornado outbreak included an EF-4 tornado in Macon County, Alabama that caused 23 deaths. This EF-4 was the deadliest single tornado in the U.S. since the 2013 EF-5 tornado in Moore, OK.