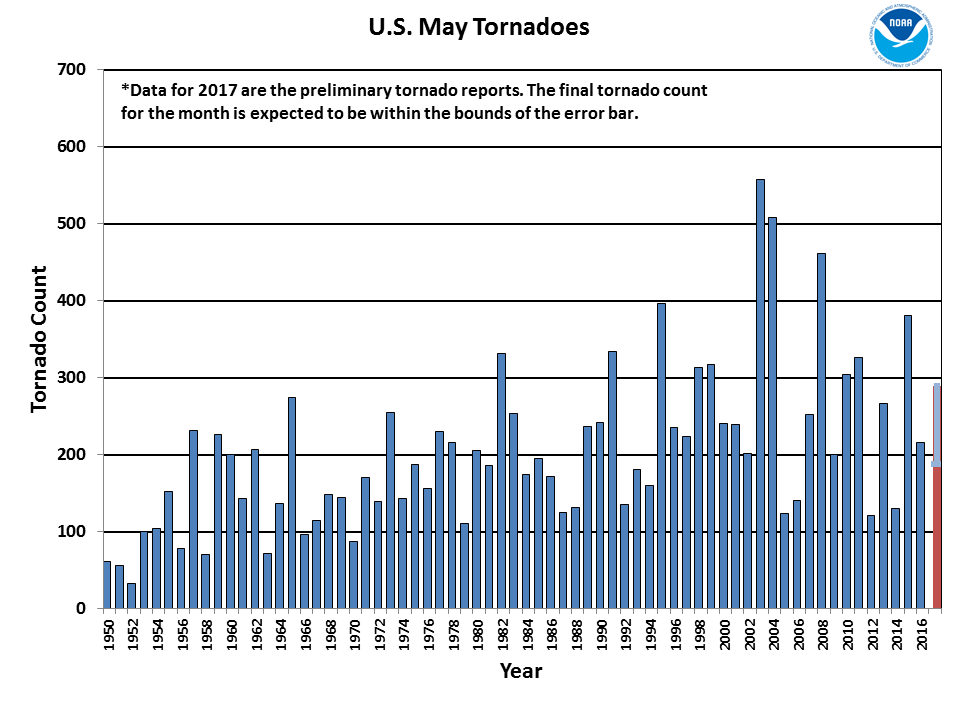 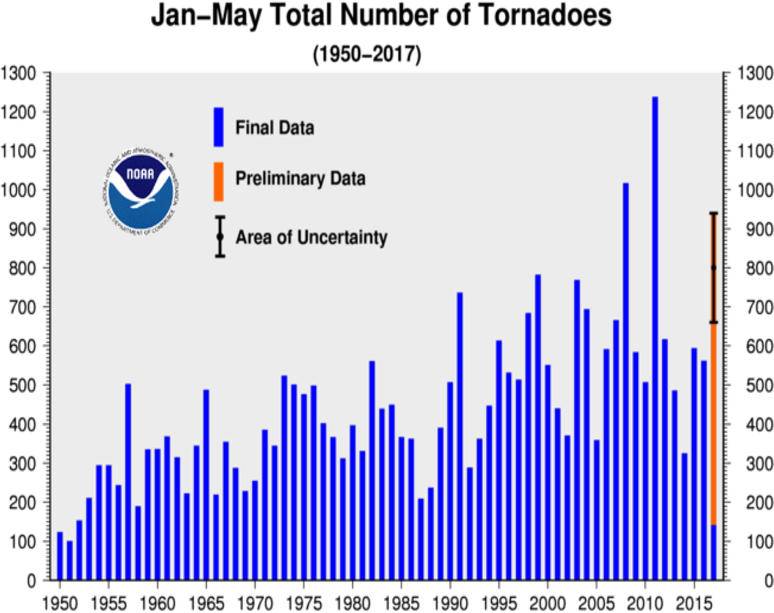 According to data from NOAA's Storm Prediction Center during May, there were 290 preliminary tornado reports. This is near the 1991-2010 average of 276 for the month. This is the most tornadoes to impact the U.S. during any month since May 2015 when there were over 380 confirmed tornadoes. On May 16th, a large tornado outbreak hit the central U.S. and there were two tornado-related fatalities — one on Oklahoma and one in Wisconsin.

The most active tornado sequence during May occurred from the 16th through the 19th when there were 129 tornado reports across the Great Plains and Upper Midwest. A slow moving frontal system spawned severe weather across the region as it moved into an unstable air mass to the south and east. The deadliest day of the outbreak was May 16th when an EF-2 tornado was responsible for one fatality in Beckham County, Oklahoma and an EF-3 was responsible for one fatality in Barron County, Wisconsin and an additional 25 injuries. The tornado in Wisconsin tracked 83 miles across the northwest portion of the state, affecting four counties. The tornado was on the ground for nearly two and a half hours. One fatality was reported in Barron County, where the estimated strength of the tornado at the time was an EF-2. The strongest winds were in Rusk County where winds were estimated at 140 mph. This was one of the longest-track tornadoes on record for Wisconsin in the 1950-present period of record.

NOAA National Centers for Environmental Information, State of the Climate: Tornadoes for May 2017, published online June 2017, retrieved on June 14, 2021 from https://www.ncdc.noaa.gov/sotc/tornadoes/201705.