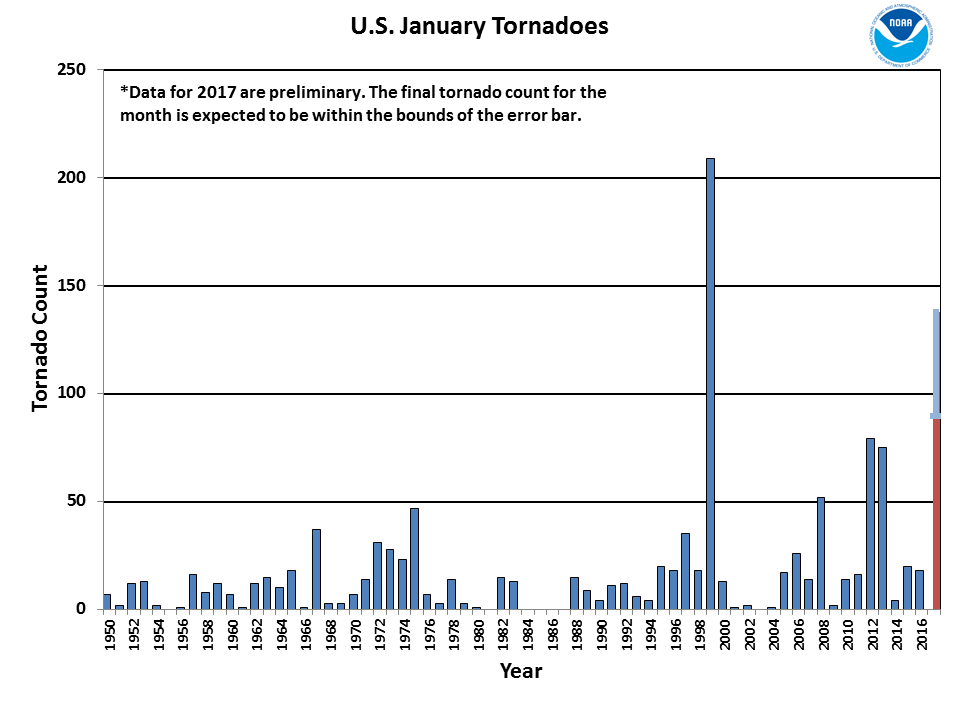 According to data from NOAA's Storm Prediction Center, during January, there were 138 preliminary tornado reports. This is almost four times greater than the 1991-2010 average of 35 for the month. Tornadoes during January occurred mostly across the Southeast from Texas to South Carolina. Tornado activity during January is highly variable with some Januaries being very active and others having few or no observed tornadoes. Since reliable records began in 1950, there have been seven years in which no tornadoes were reported during January. The most active January was in 1999 when over 200 tornadoes were reported. Depending on the final tornado count, the January 2017 tornado count will likely be the second most on record for the month. There were 20 tornado-related fatalities during January, also the second most on record for the month and the most since January 1969. There were more tornado-related fatalities in January 2017 than in all of 2016. 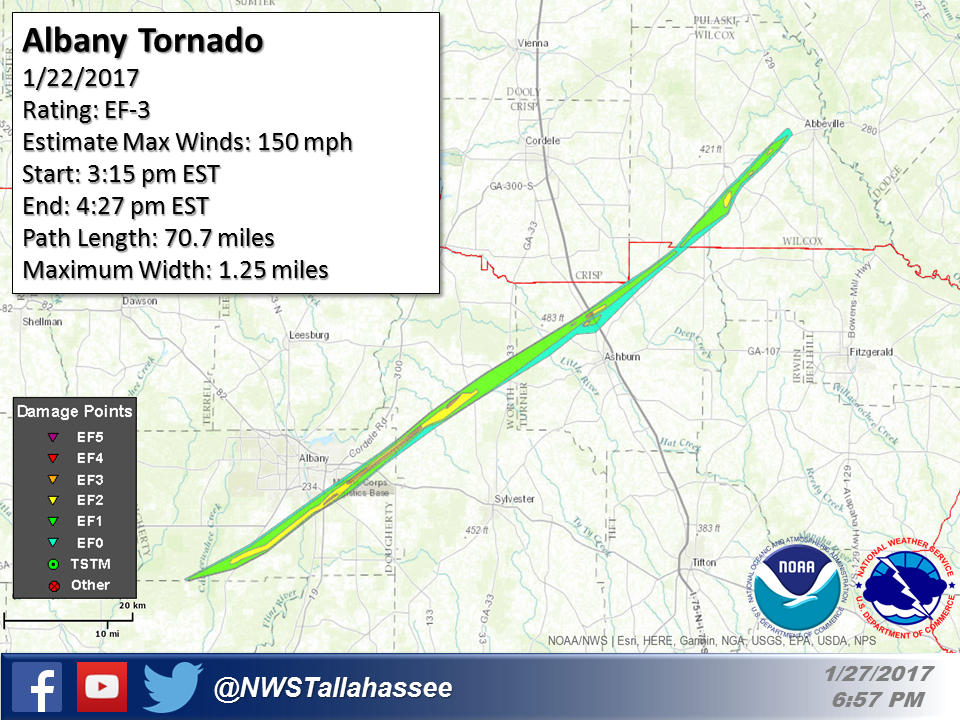 On January 20th – 22nd, an upper-level low pressure system moved along the Gulf Coast and spawned tornadoes from Texas to South Carolina. Ahead of the storm system, southerly flow allowed warm and moist air to infiltrate the Southeast with record high temperatures exceeding 80°F and dewpoints greater than 70°F. This created conditions favorable for severe weather as colder air from the northwest was moving towards the region behind the upper-level low. There were over 80 preliminary tornado reports over the three days with more than 60 reports on the 21st alone. On the 21st, an EF-3 tornado killed four people and injured another 56 in Forrest County, Mississippi. The tornado tracked 31 miles across southern Mississippi with winds of 145 mph. On the 22nd, two EF-3 tornadoes were responsible for 16 fatalities. The deadliest tornado of the outbreak impacted Brooks, Cook, and Berrien counties in southern Georgia and killed 11 people. The EF-3 had a path length of nearly 25 miles and a width of 700 yards with estimated winds of 140 mph. The most destructive tornado, in terms of property damage, was an EF-3 that tracked 70.7 miles across southern Georgia. The tornado caused significant damage to homes and businesses in Albany, Georgia, and caused five fatalities and at least 40 injuries.