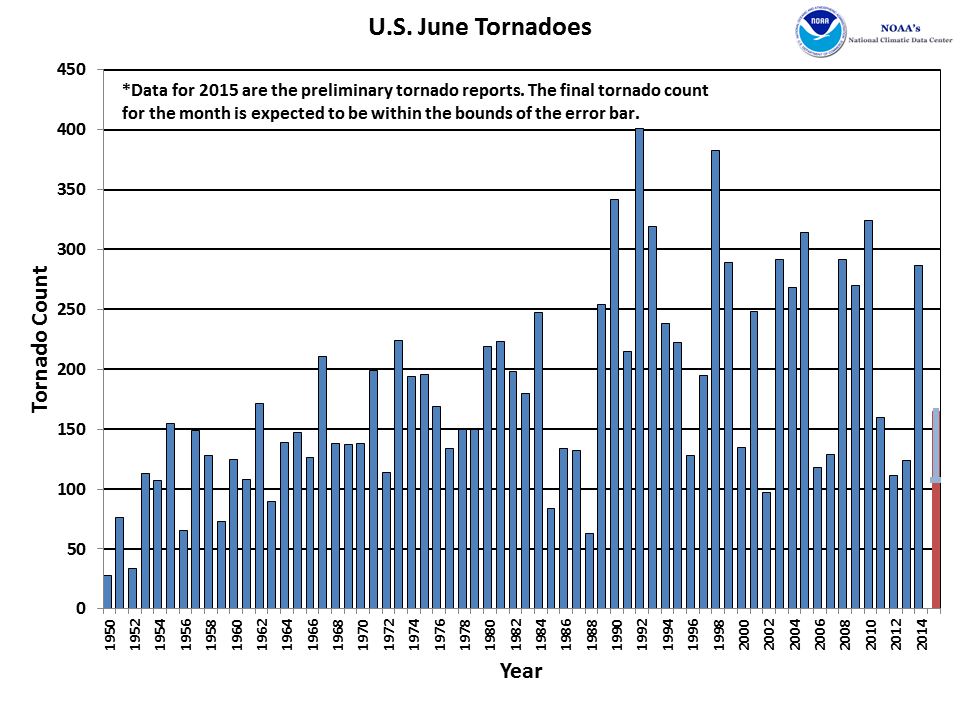 According to data from NOAA's Storm Prediction Center, during June, there were 165 preliminary tornado reports compared to the 1991-2010 average of 243. The June tornado count was less than 50 percent of the number of tornadoes that occurred in May. The past three years have generally been marked by below-average tornado activity, with the exception of April and May 2015. The June tornado count indicates a return back to below-average activity. There were no tornado-related fatalities during June. 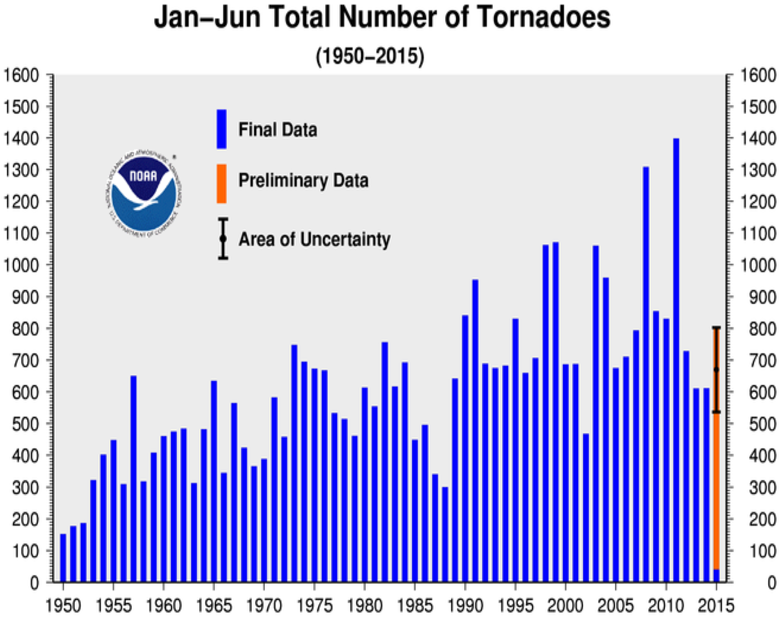 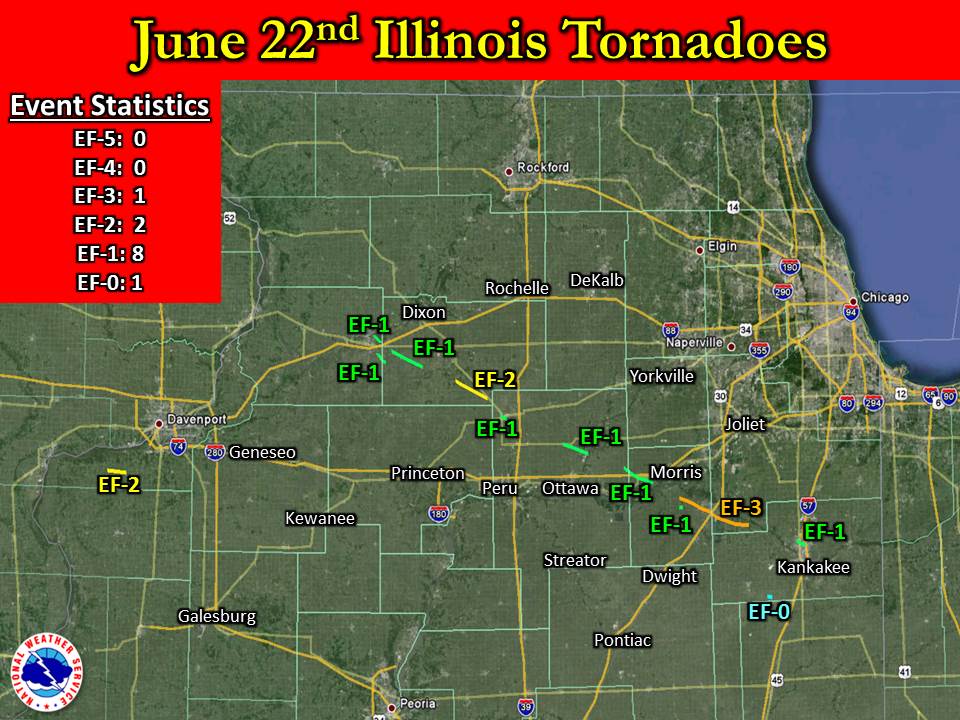 The most active tornado day during June was the 22nd as an upper-level low pressure system moved from the Northern Plains into the Midwest. There were 25 preliminary tornado reports across the Midwest from Iowa to Michigan. Twelve tornadoes were confirmed in northern Illinois, ten of which were spawned from a single, long-lived supercell thunderstorm that tracked across six counties. The strongest tornado of the outbreak was an EF-3 that tracked across Grundy and Will counties in Illinois, with maximum winds of 160 mph. This was the strongest tornado to impact Grundy County since July 1972. During the entire outbreak, there were 14 reported injuries, but no fatalities. The storms also caused significant flash flooding, with three to five inches of rain falling in a few hours across already saturated soils.