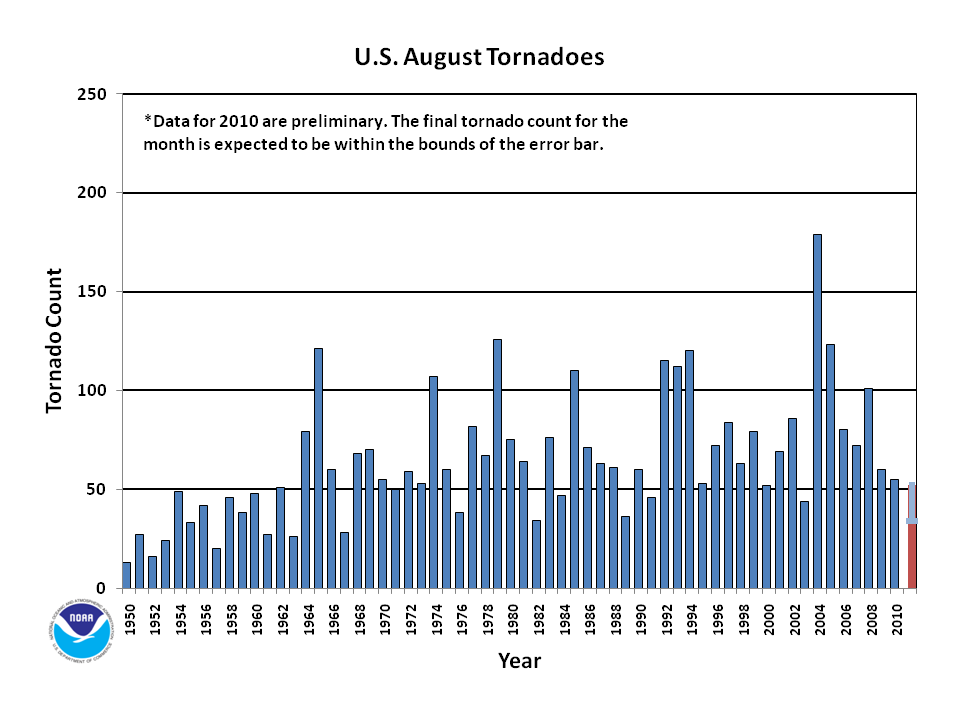 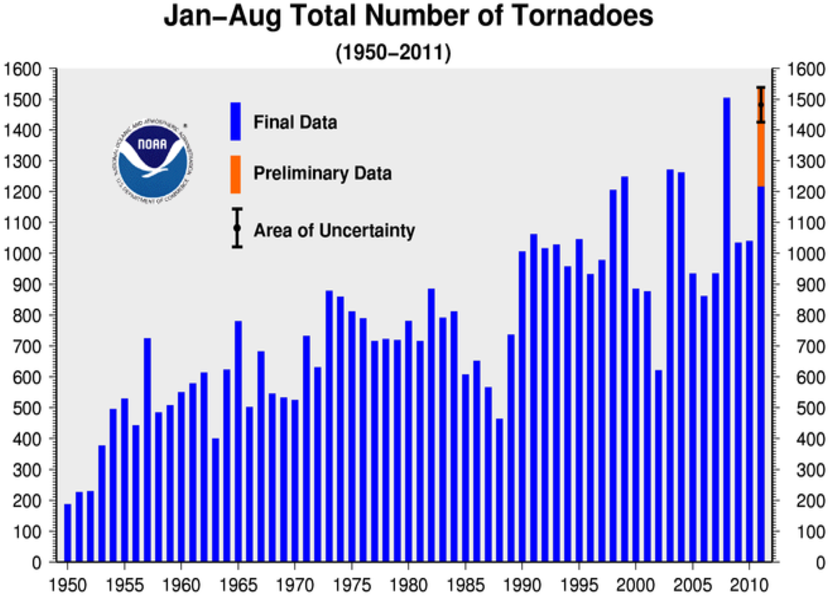 According to preliminary data from the Storm Prediction Center, August continued the below-average tornado activity trend which began in June. During August 2011, there were 52 preliminary tornado reports across the country compared to the 1981-2010 average of 76. Tornado activity was spread across the Central Plains, the Upper Midwest, and along the Eastern Seaboard, consistent with the track of Hurricane Irene. The August tornado count brings the year-to-date number of tornado reports (with preliminary data for June, July, and August) to 1538 (1217 confirmed and 321 preliminary reports pending). This places 2011 in the top ten for the number of annual tornadoes since the modern record began in 1950.