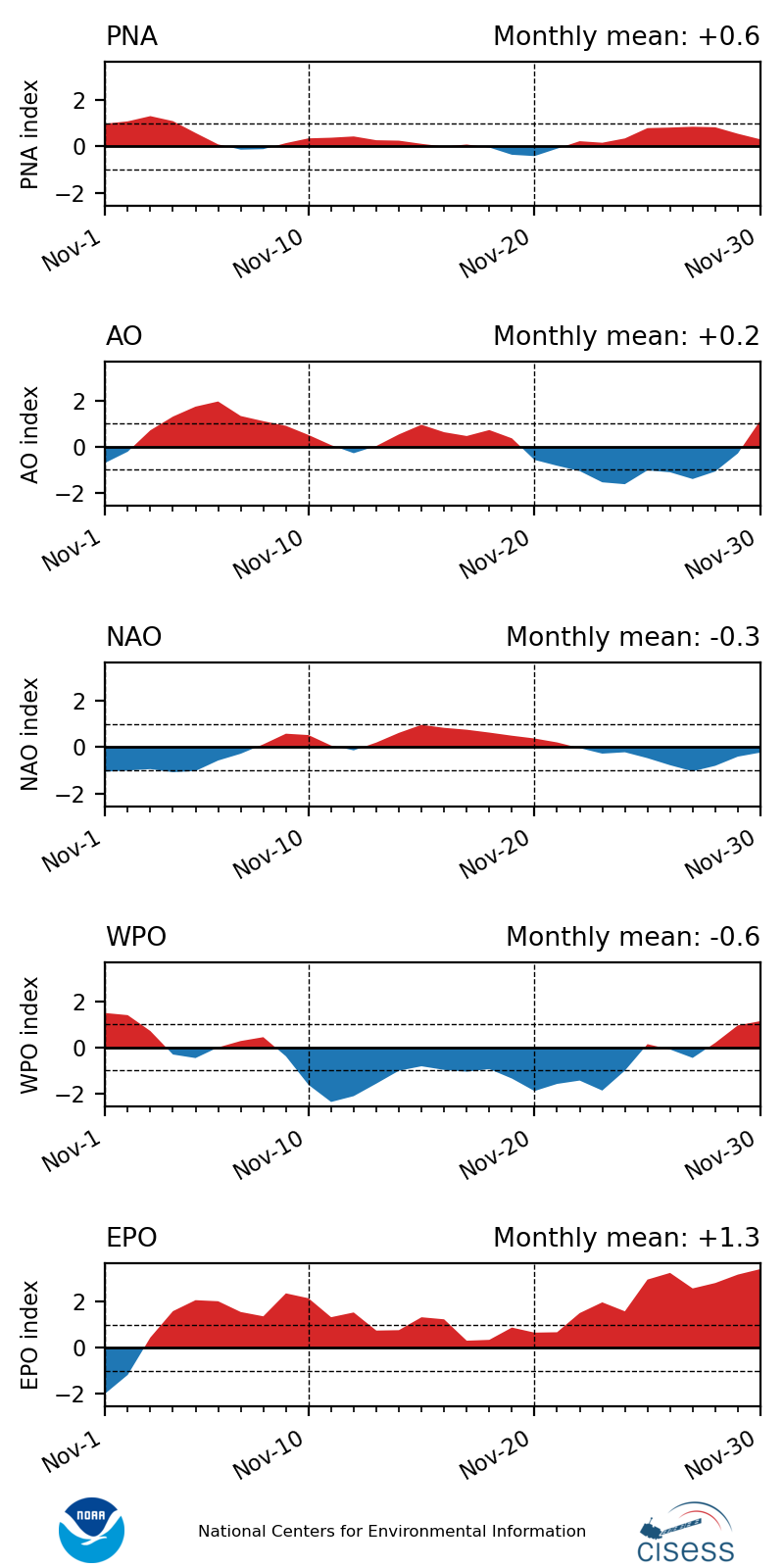 The North American climate in November was driven by a Rossby wave-train that featured a trough near Alaska, a ridge over the western U.S., and a trough in the east. It resembled a positive PNA pattern, but the Alaskan trough was farther north and the ridge was farther south than the canonical pattern. The pattern was persistent throughout November but was strongest later in the month. 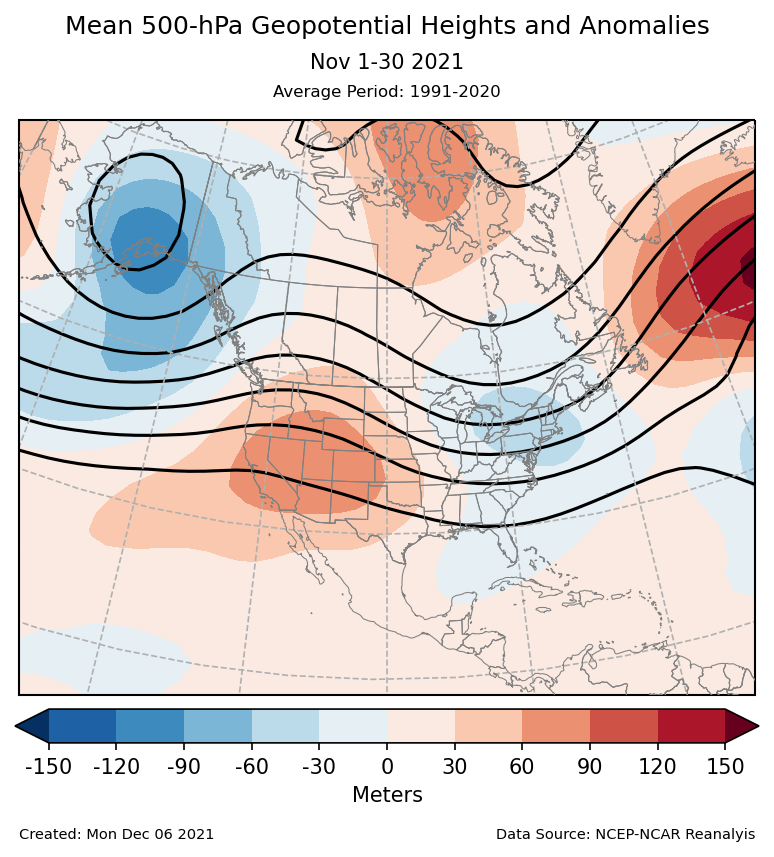 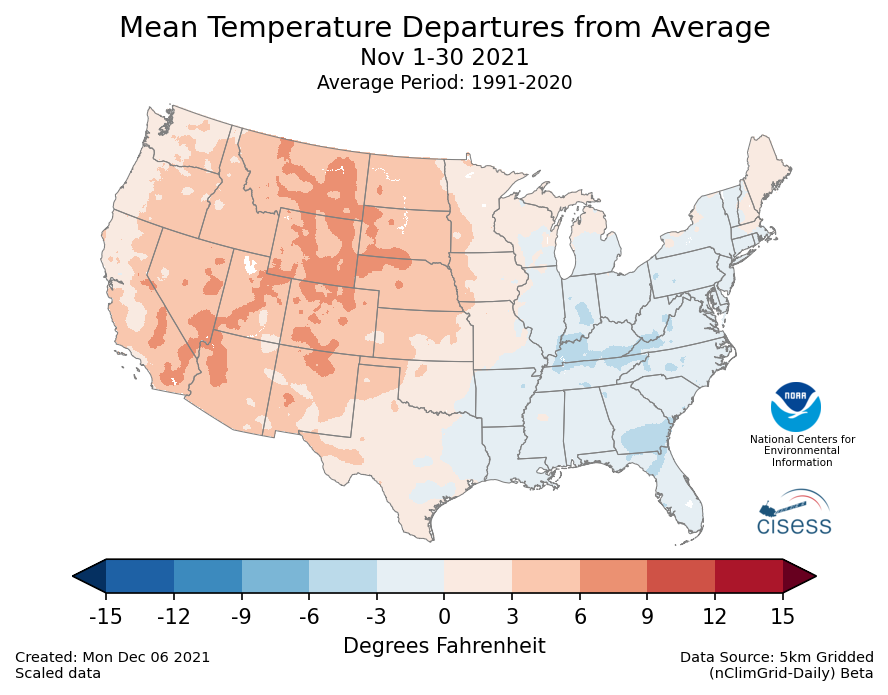 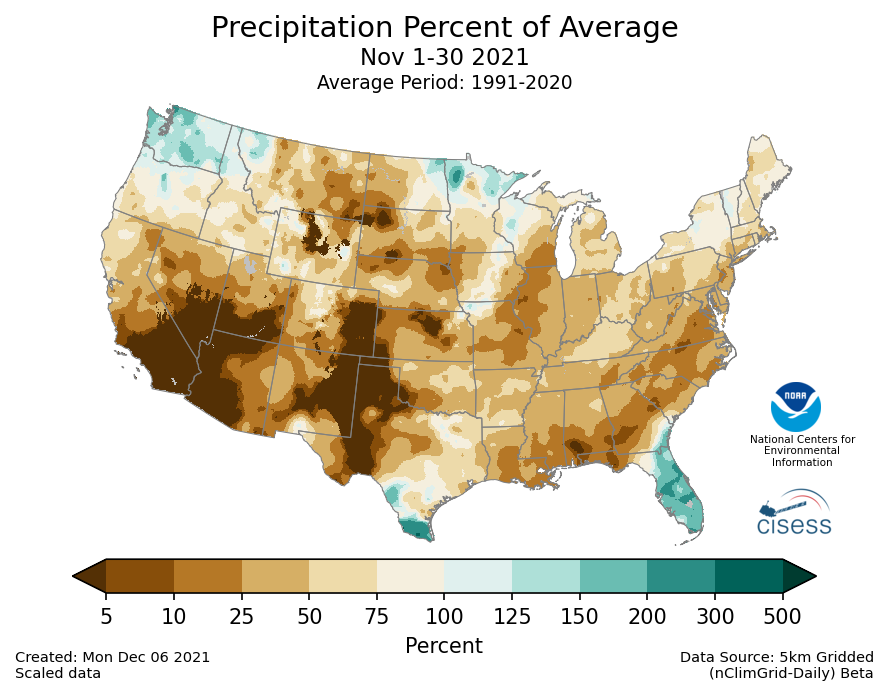 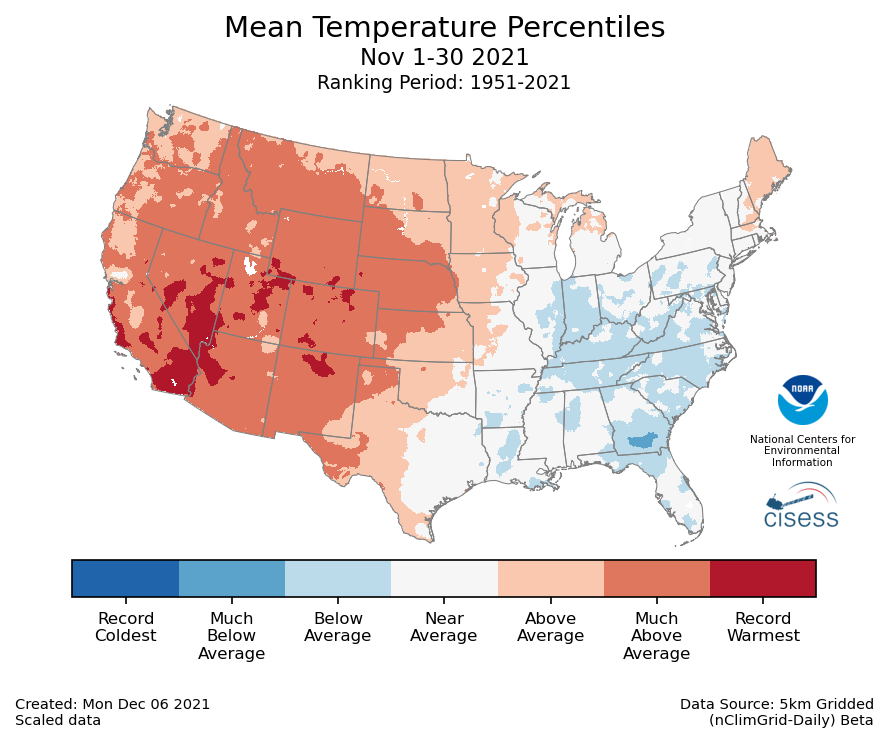 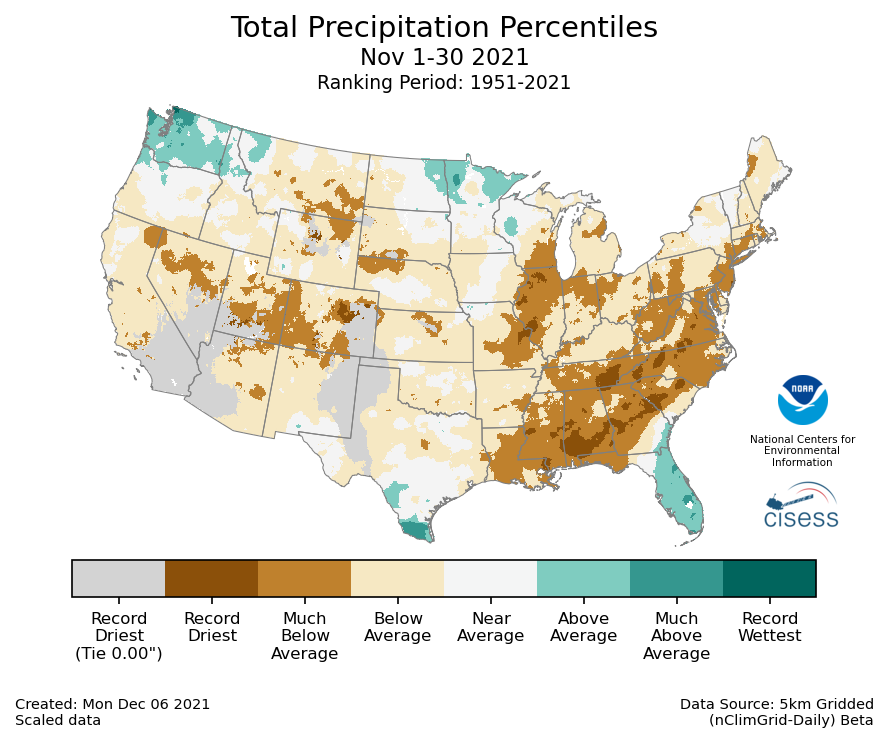 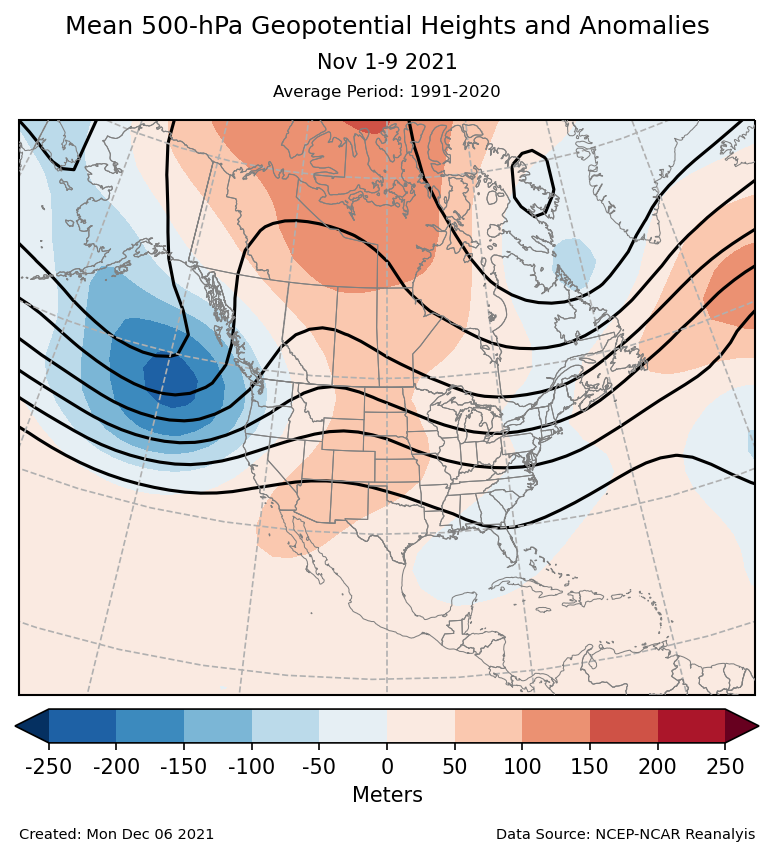 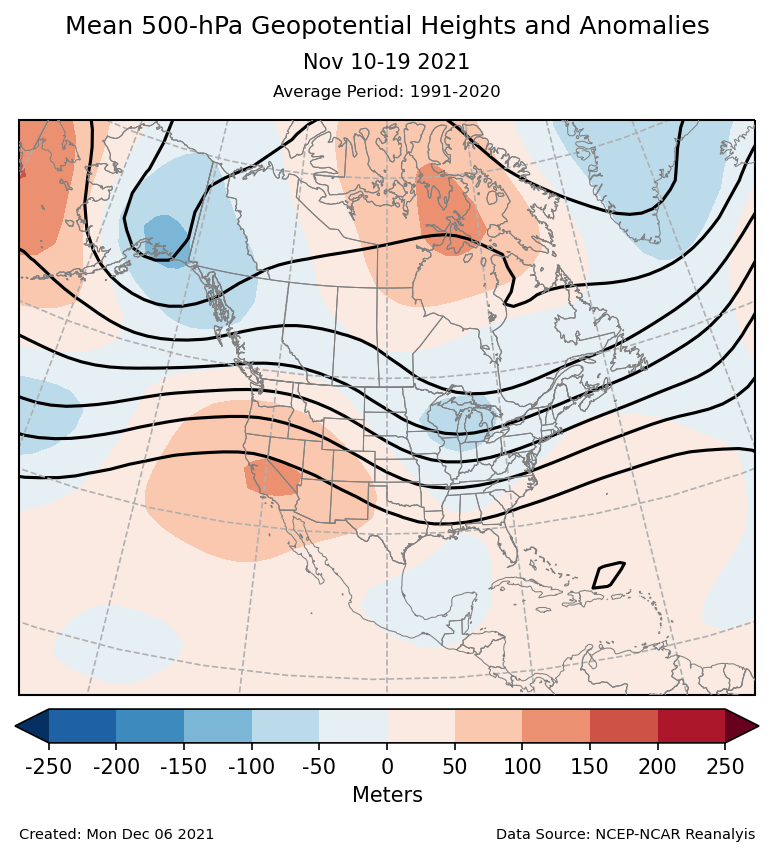 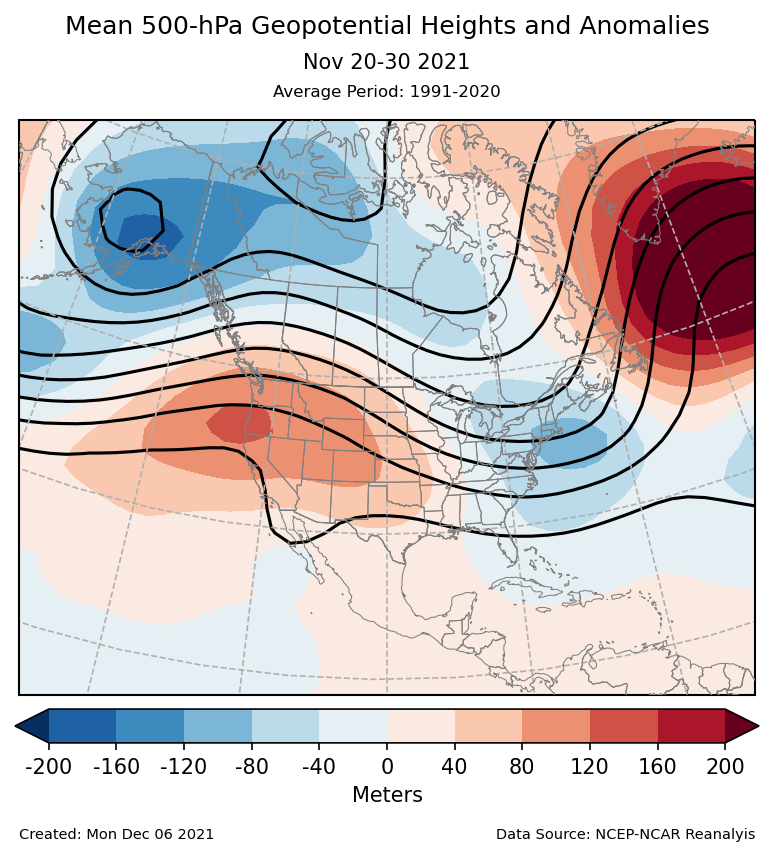 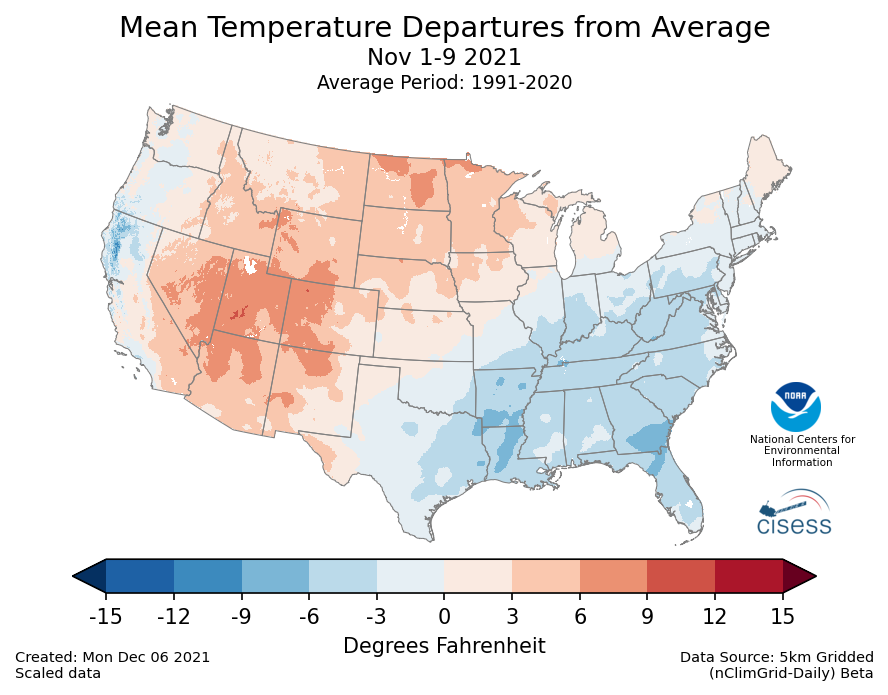 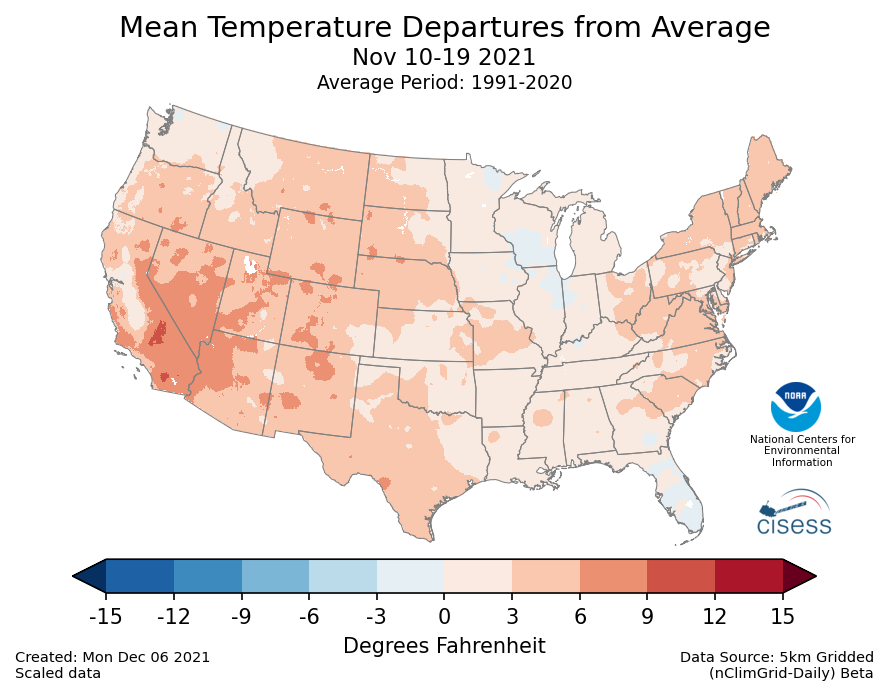 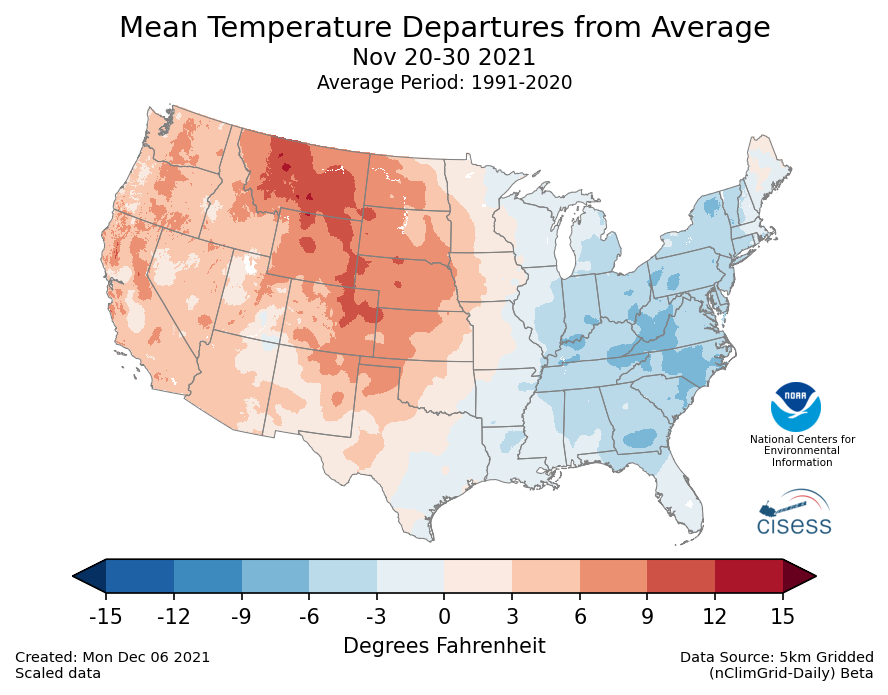 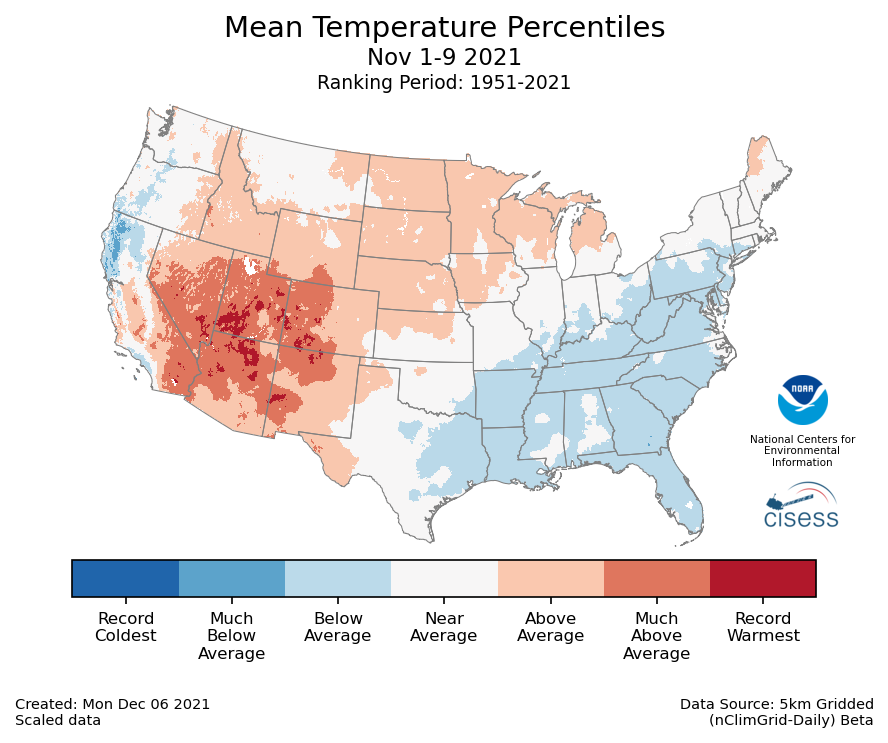 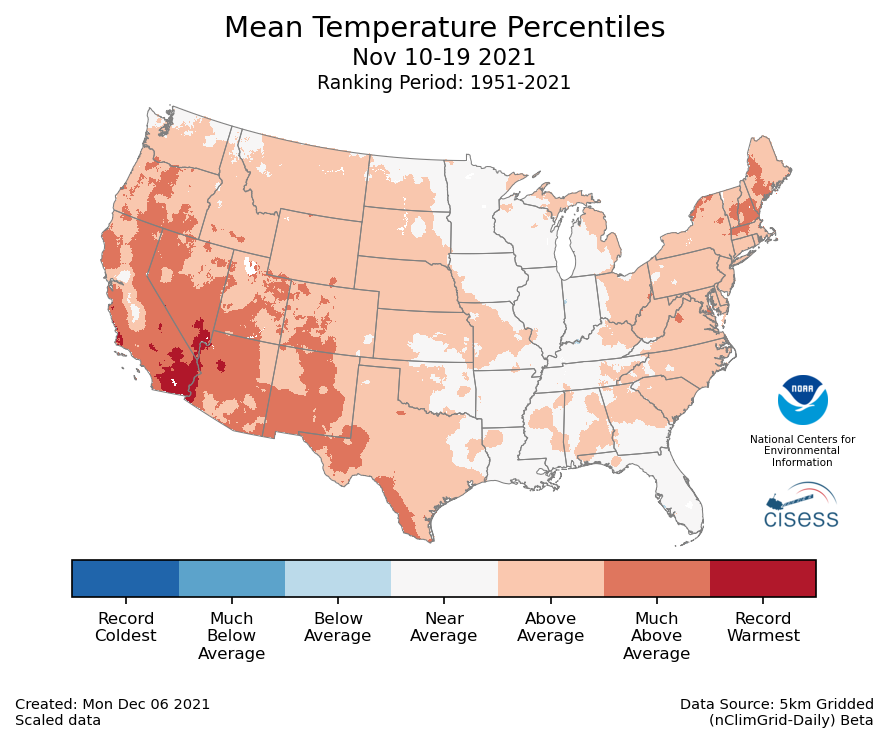 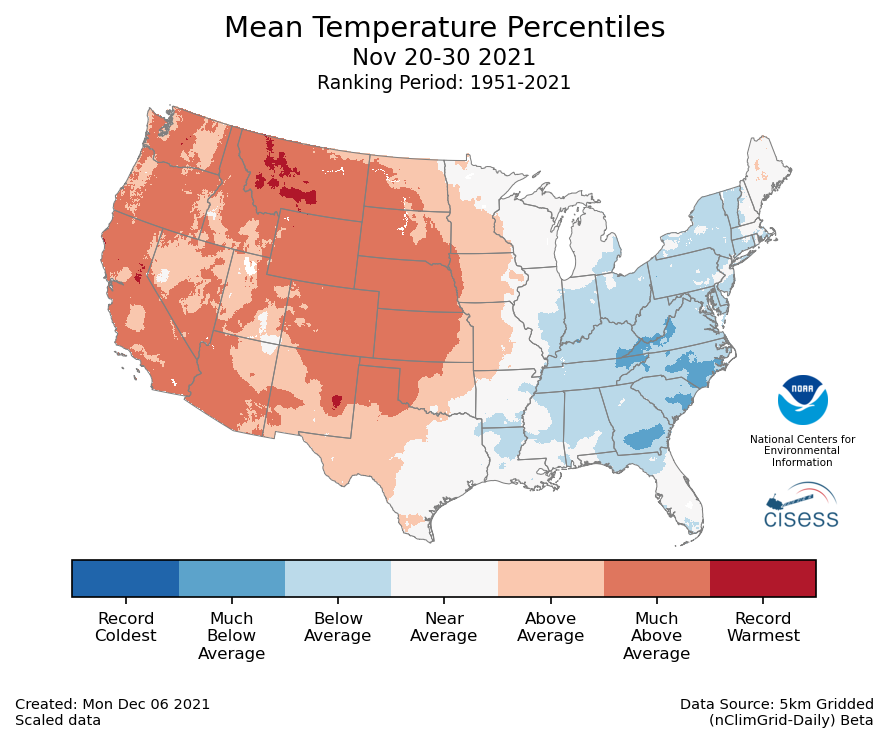 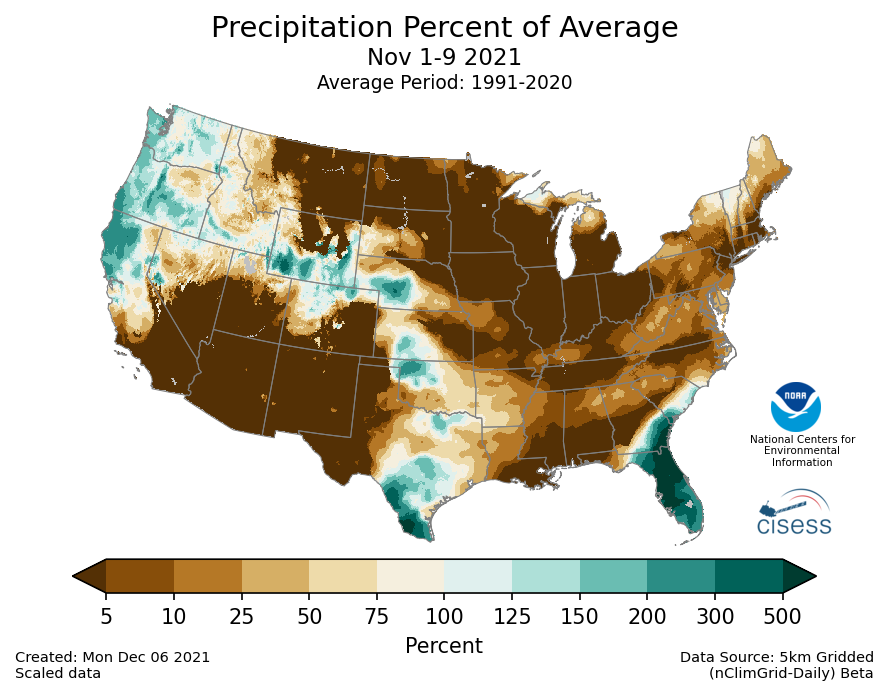 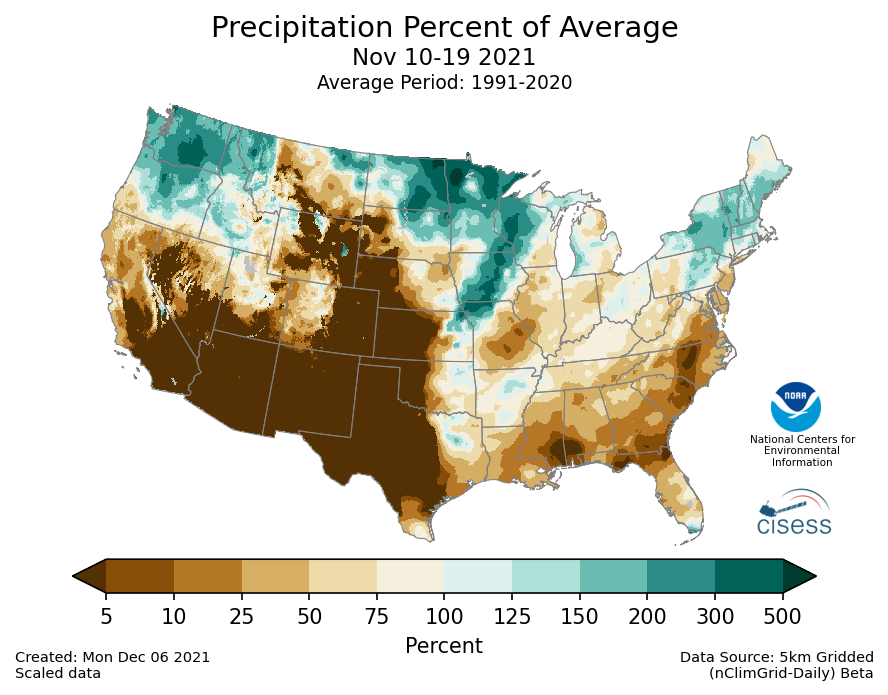 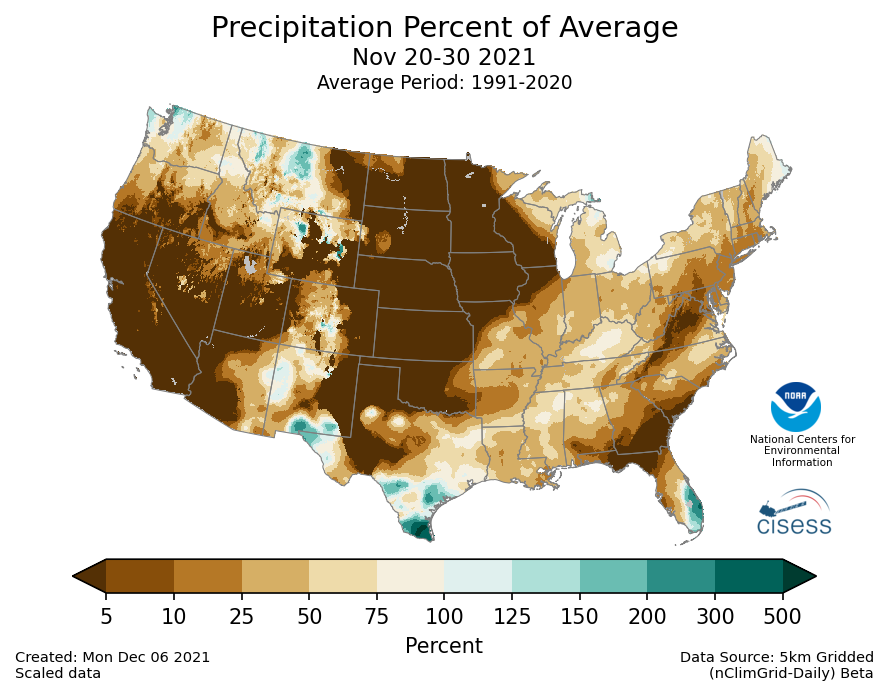 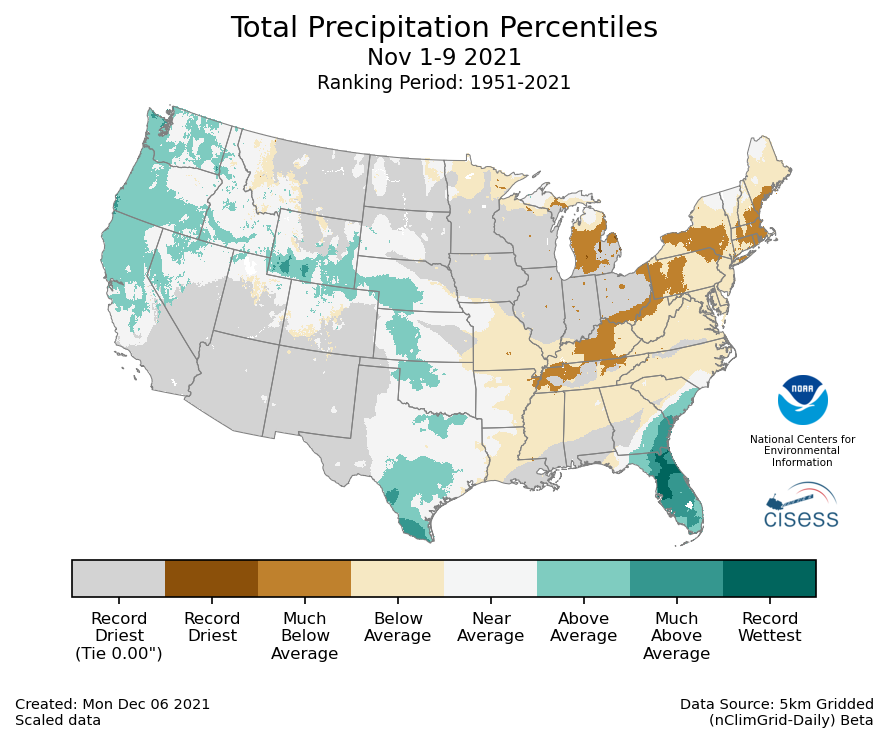 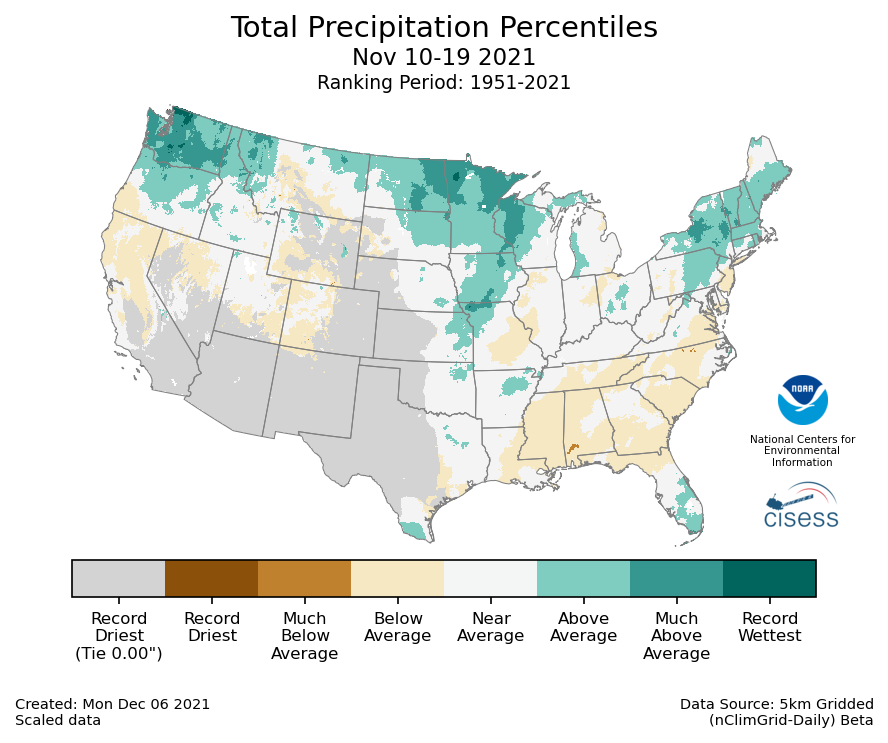 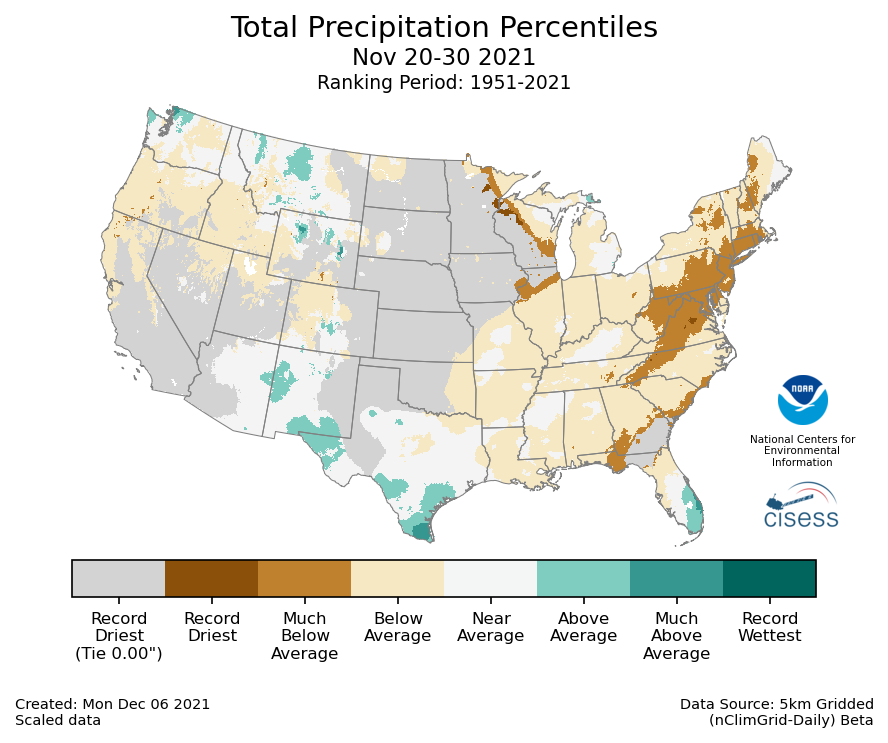 November began with a trough in the Gulf of Alaska, a ridge over the Great Plains, and a trough along the East Coast. The trough in the Gulf of Alaska brought a series of atmospheric rivers to the Pacific Northwest. The ridge was associated with record warmth across portions of the southern Rockies and suppressed precipitation across most of the country. Meanwhile, the East Coast trough was associated with cooler than normal temperatures across the Southeast. A related extratropical cyclone brought heavy rain to Florida and coastal Georgia. The cyclone continued on to cause significant tidal flooding along the coast from Georgia to Virginia.

During the middle of November, the Pacific trough shifted northward over Alaska, the ridge moved towards the West Coast, and the trough stayed near the East Coast. This pattern remain in place for the rest of the month. The Alaskan trough continued bringing atmospheric rivers to the Pacific Northwest. A few of the related extratropical cyclones continued along the Canadian border to bring wintry precipitation to the Northern Plains.

The Rossby wave-train intensified in the last third of November. The ridge in particular became stronger and more expansive. The northwest extension of the ridge reduced the moisture supply to the Pacific Northwest. It also suppressed precipitation across the rest of the country. Most of the western half of the U.S. experienced temperatures much above normal, and the invigorated trough over the East Coast was associated with cooler temperatures there. 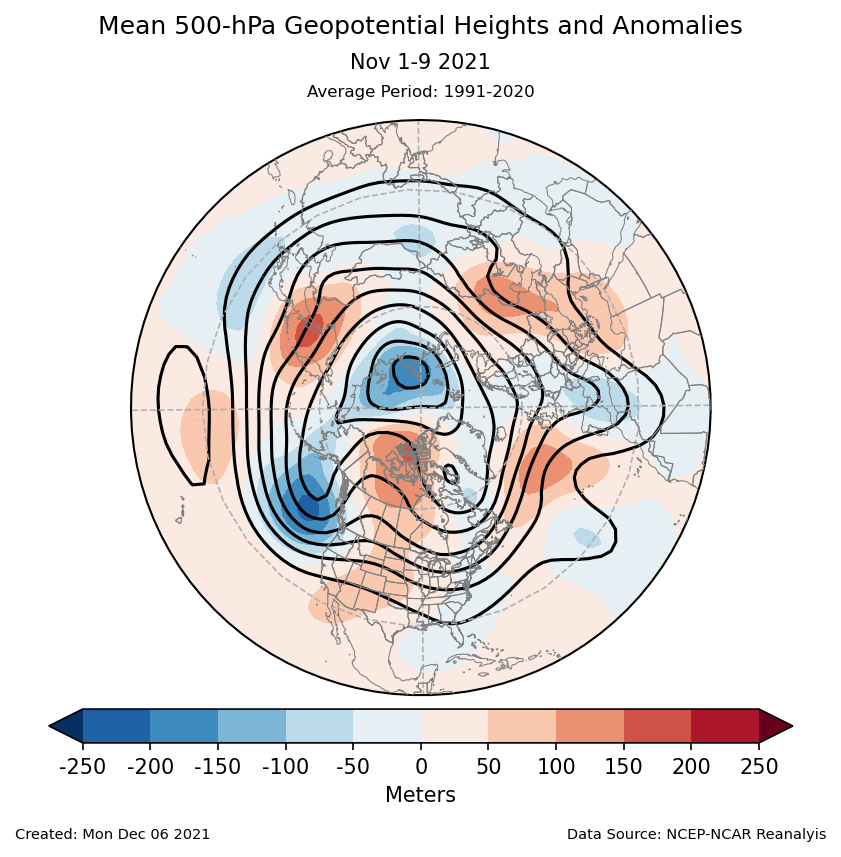 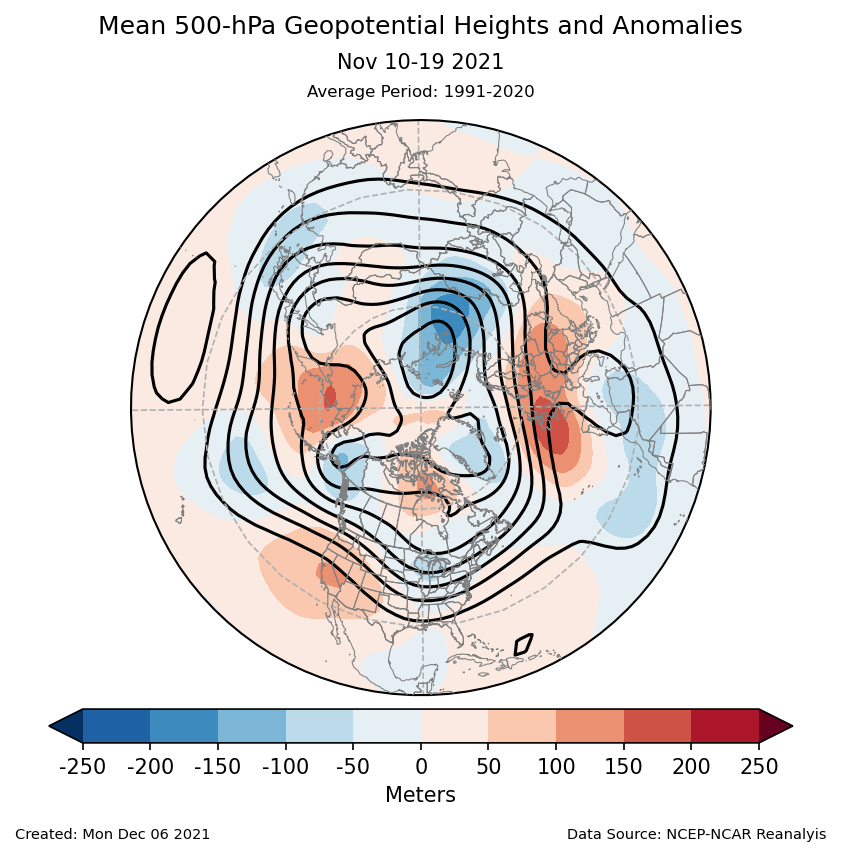 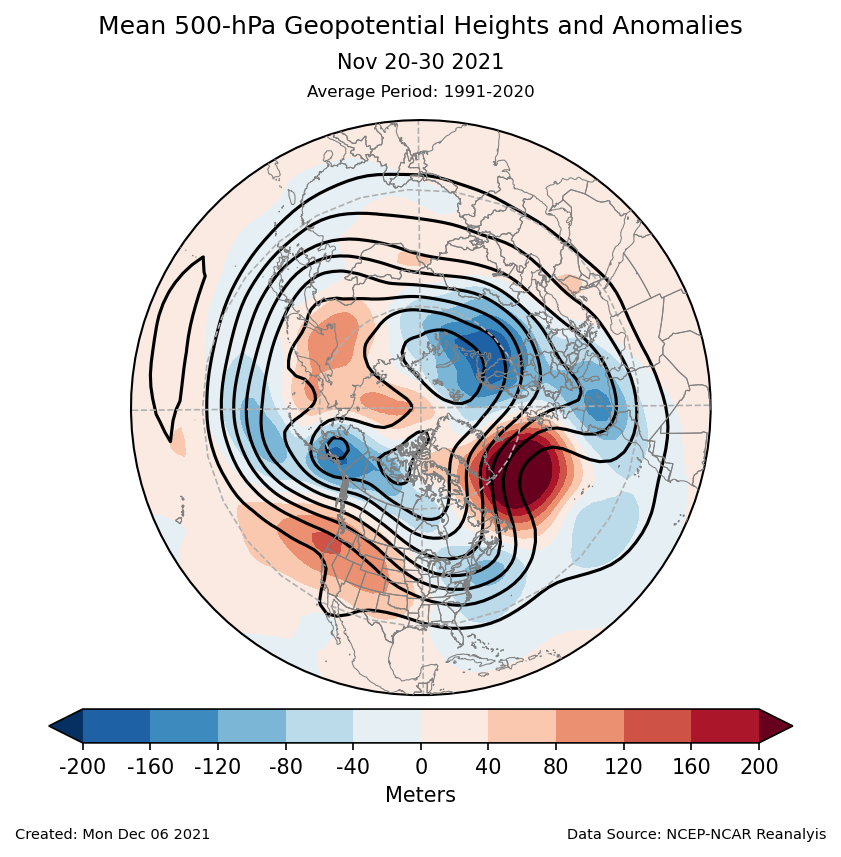 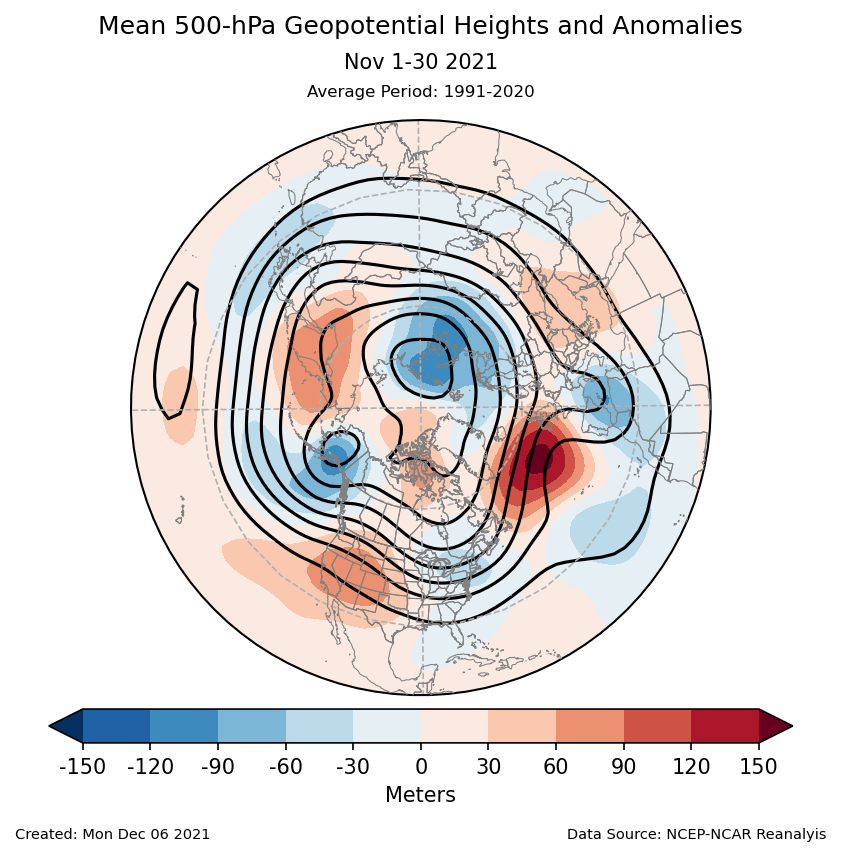