The Monthly Report Summary Information is a synopsis of the collection of national and global summaries released each month.

For extended analysis of regional temperature and precipitation patterns,as well as extreme events, please see our full report that will be released on July 12th.

Warmest June on record for the contiguous U.S.

U.S. experienced at least 8 billion-dollar disasters so far this year

The June precipitation total for the contiguous U.S. was 2.46 inches, 0.47 inch below the 20th century average, the 14th driest on record. Record flooding devastated parts of southern West Virginia while wildfires raged across the drought-stricken West. The year-to-date precipitation total was 15.58 inches, 0.27 inch above average, and ranked near the middle value in the 122-year period of record.

This analysis of U.S. temperature and precipitation is based on data back to January 1895, resulting in 122 years of data. 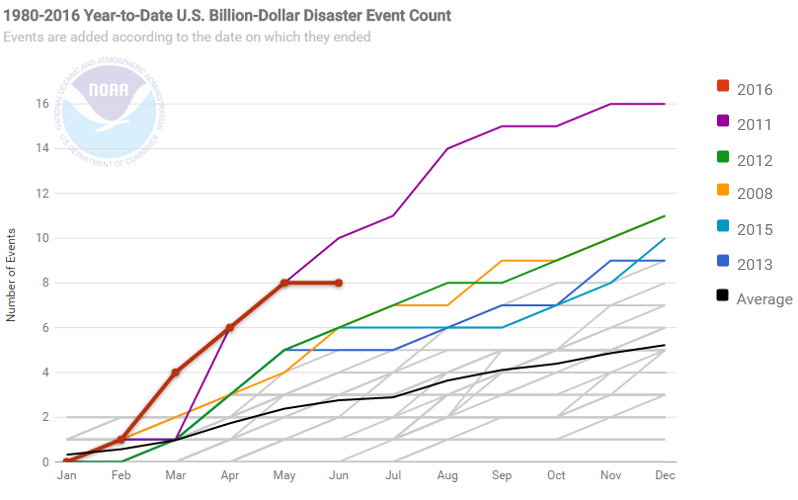 *Note: The year-to-date billion dollar disaster assessment does not include the devastating late-June flooding event in West Virginia, as those losses are still being assessed.

For extended analysis of regional temperature and precipitation patterns, as well as extreme events, please see our full report that will be released on July 12th.