For extended analysis of regional temperature and precipitation patterns,as well as extreme events, please see our full report that will be released on February 10th.

January was warmer, drier than average for contiguous US

A record-breaking snow storm impacted the Mid-Atlantic and Northeast. The contiguous U.S. drought footprint contracted to lowest extent since 2010.

The January contiguous U.S. average temperature was 32.2°F, 2.1°F above the 20th century average, ranking as the 34th warmest January on record. The January precipitation total for the contiguous U.S. was 2.03 inches, 0.28 inch below the 20th century average, the 36th driest January on record. Precipitation in the West slightly improved long-term drought conditions.

This analysis of U.S. temperature and precipitation is based on data back to January 1895, resulting in 122 years of data. 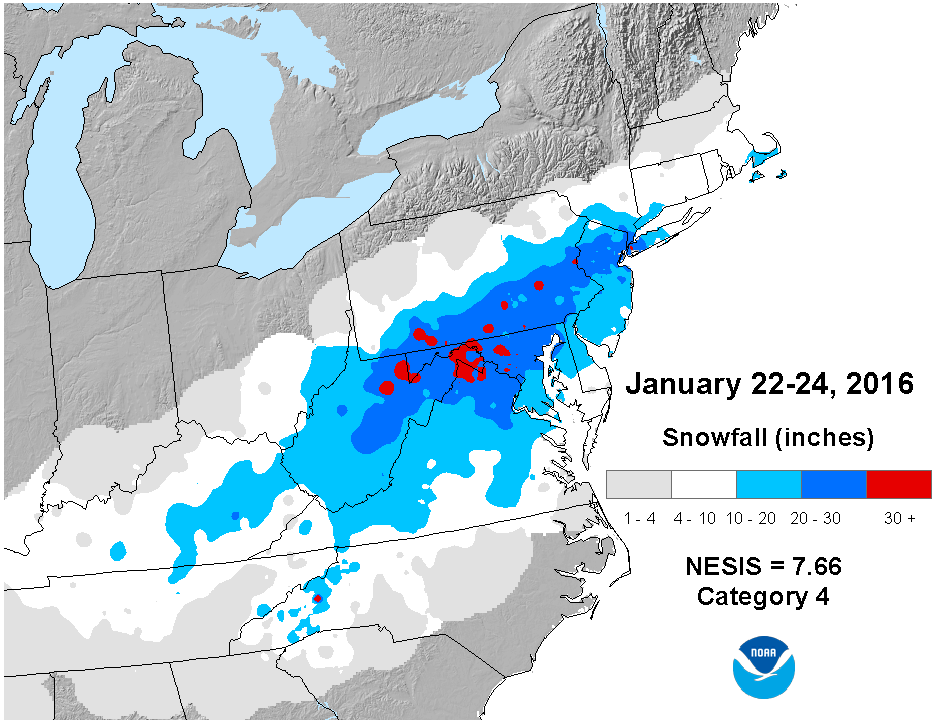 For extended analysis of regional temperature and precipitation patterns, as well as extreme events, please see our full report that will be released on February 10th.