Contiguous U.S. warmer and drier than average for November, autumn

The January-November period was the warmest first 11 months of any year on record for the contiguous United States, and for the entire year, 2012 will most likely surpass the current record (1998, 54.3°F) as the warmest year for the nation.

Note: The November Monthly Climate Report for the United States has several pages of supplemental information and data regarding some of the exceptional events from the month and season. 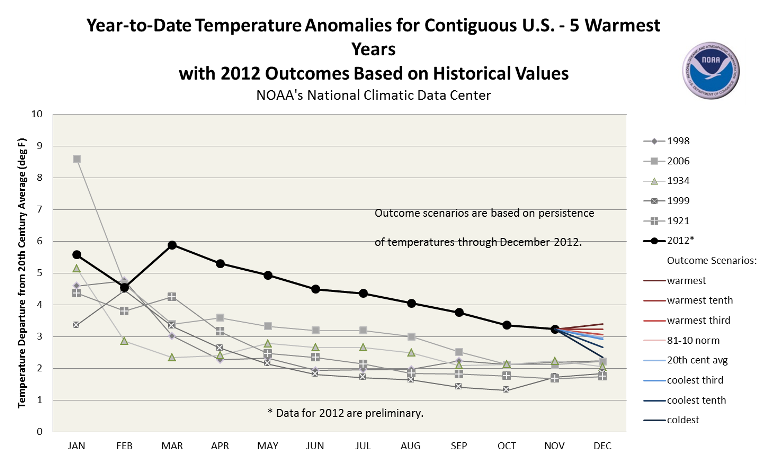 This graphic shows the calendar-year temperature outcomes based upon observed January-through-November temperatures, and eight historical scenarios for November-through-December. Click here for more information.