The average temperature for the contiguous U.S. during July was 77.6°F, 3.3°F above the 20th century average, marking the hottest July and the hottest month on record for the nation. The previous warmest July for the nation was July 1936 when the average U.S. temperature was 77.4°F. The warm July temperatures contributed to a record-warm first seven months of the year and the warmest 12-month period the nation has experienced since recordkeeping began in 1895.

Precipitation totals were mixed during July, with the contiguous U.S. as a whole being drier than average. The nationally averaged precipitation total of 2.57 inches was 0.19 inch below average. Near-record dry conditions were present for the middle of the nation, with the drought footprint expanding to cover nearly 63 percent of the Lower 48, according the U.S. Drought Monitor.

Note: The July Monthly Climate Report for the United States has several pages of supplemental information and data regarding some of the exceptional events from the month and season. 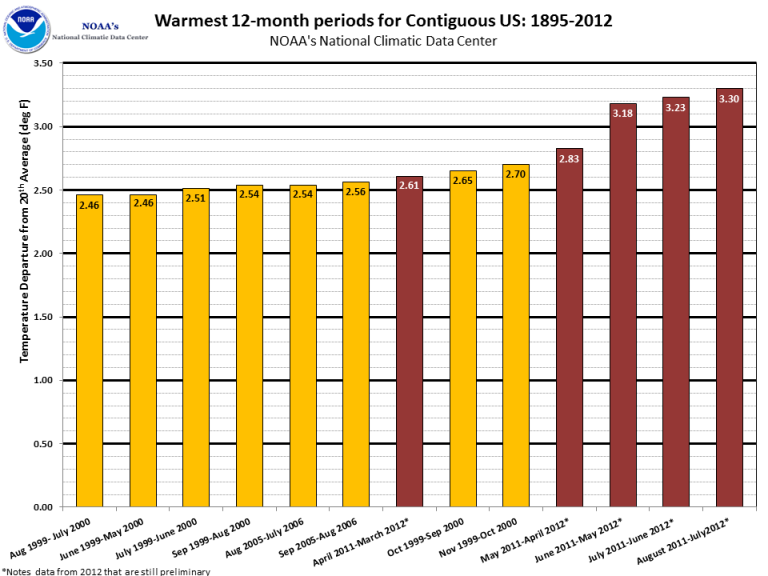