The average temperature for the contiguous U.S. during June was 71.2°F, which is 2.0°F above the 20th century average. Scorching temperatures during the second half of the month led to at least 170 all-time high temperature records broken or tied. The June temperatures contributed to a record-warm first half of the year and the warmest 12-month period the nation has experienced since recordkeeping began in 1895.

Note: The June Monthly Climate Report for the United States has several pages of supplemental information and data regarding some of the exceptional events from the month and season. 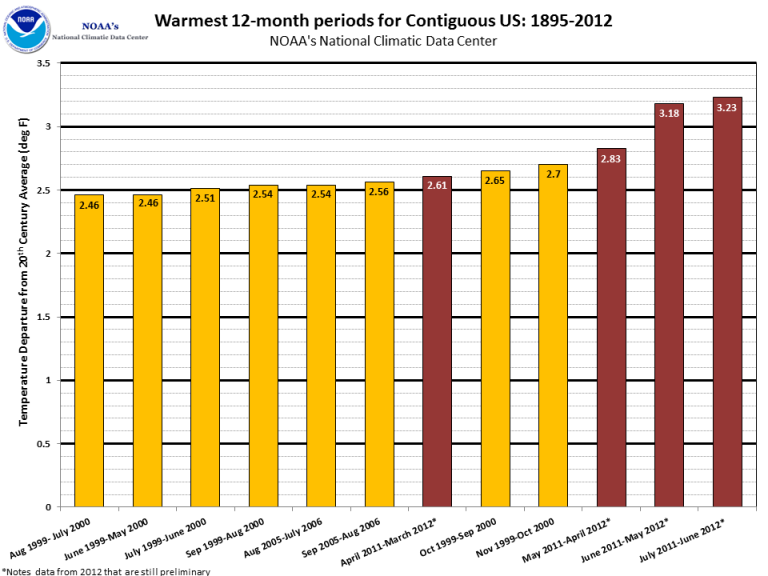