The average temperature for the contiguous U.S. during May was 64.3°F, 3.3°F above the long-term average, making it the second warmest May on record. The month's high temperatures also contributed to the warmest spring, warmest year-to-date, and warmest 12-month period the nation has experienced since recordkeeping began in 1895.

Precipitation totals across the country were mixed during May, with the nation as a whole being drier than average. The nationally-averaged precipitation total of 2.51 inches was 0.36 inch below average. The coastal Southeast received some drought relief when Tropical Storm Beryl brought heavy rains to the region late in the month.

Note: The May/Spring Monthly Climate Report for the United States has several pages of supplemental information and data regarding some of the exceptional events from the month and season. 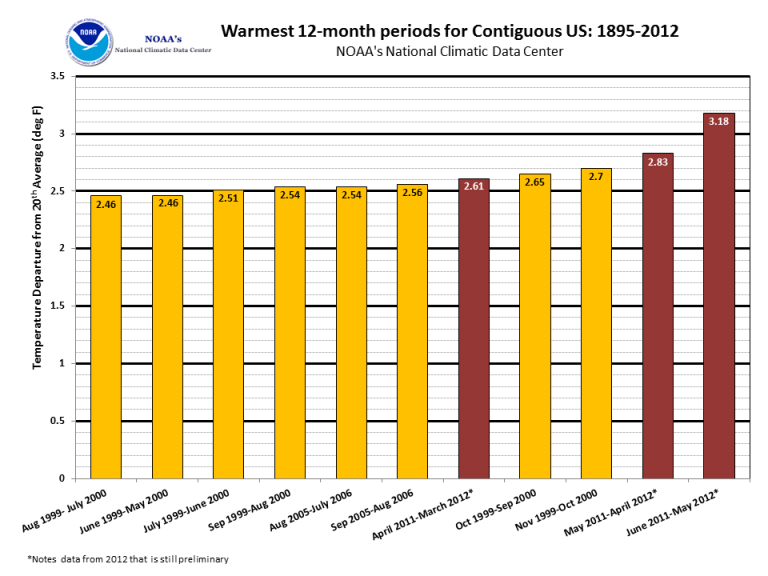