Many areas of the world experienced higher-than-average monthly temperatures, including: much of Eurasia, coastal Africa, Central America, central South America, parts of the North Atlantic Ocean, the south west Pacific Ocean, and the Indian Ocean. Much of southern Russia, northwest Kazakhstan, south India, southern Madagascar, parts of the central and south Indian Ocean, and sections of the Pacific Ocean were record warm. Meanwhile, northern Australia, parts of North America, south west Greenland, and parts of the Southern Ocean near South America were cooler than average. No regions of the globe were record cold. 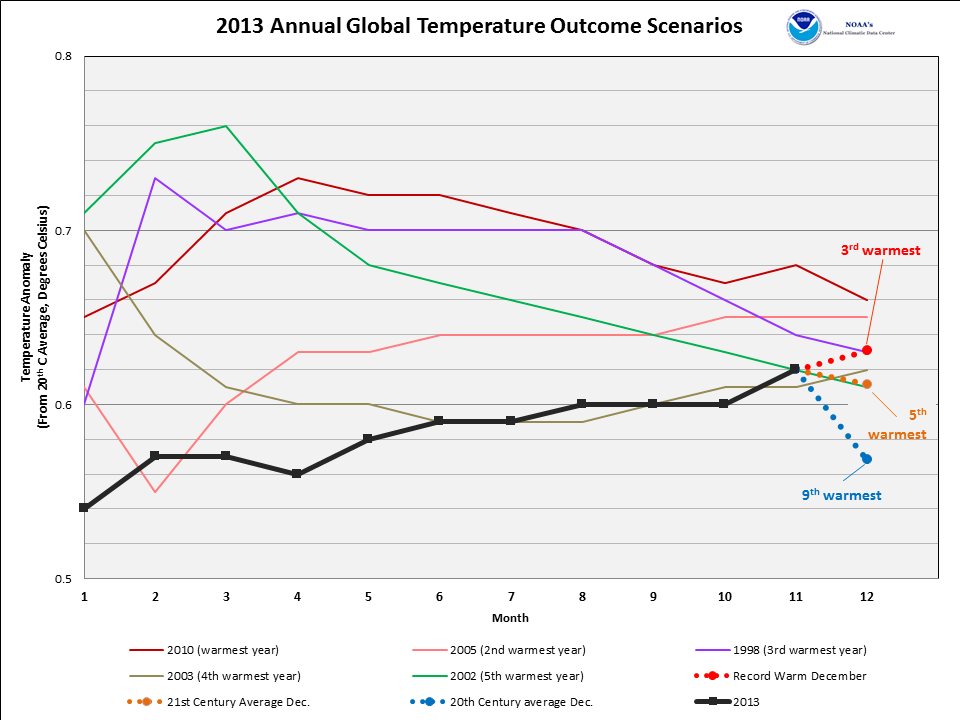