It was a slow start to the beginning of the 2022-23 snow season with less than one percent of snow cover across the contiguous U.S. (CONUS) until October 15, when a winter storm brought record-breaking snowfall totals to Michigan's Upper Peninsula and northern Wisconsin. According to NOAA's National Snow Analysis, snow cover peaked for the month at about 11.7 percent on October 25 prior to melting following a rebound in temperatures that typically occurs after a cold spell during October. This snow resulted from a series of atmospheric river events that yielded record snowfall in portions of the drought-stricken West, helping to quench active wildfires and lessen the drought severity. By the end of the month, only 4.2 percent of the CONUS was covered by snow. 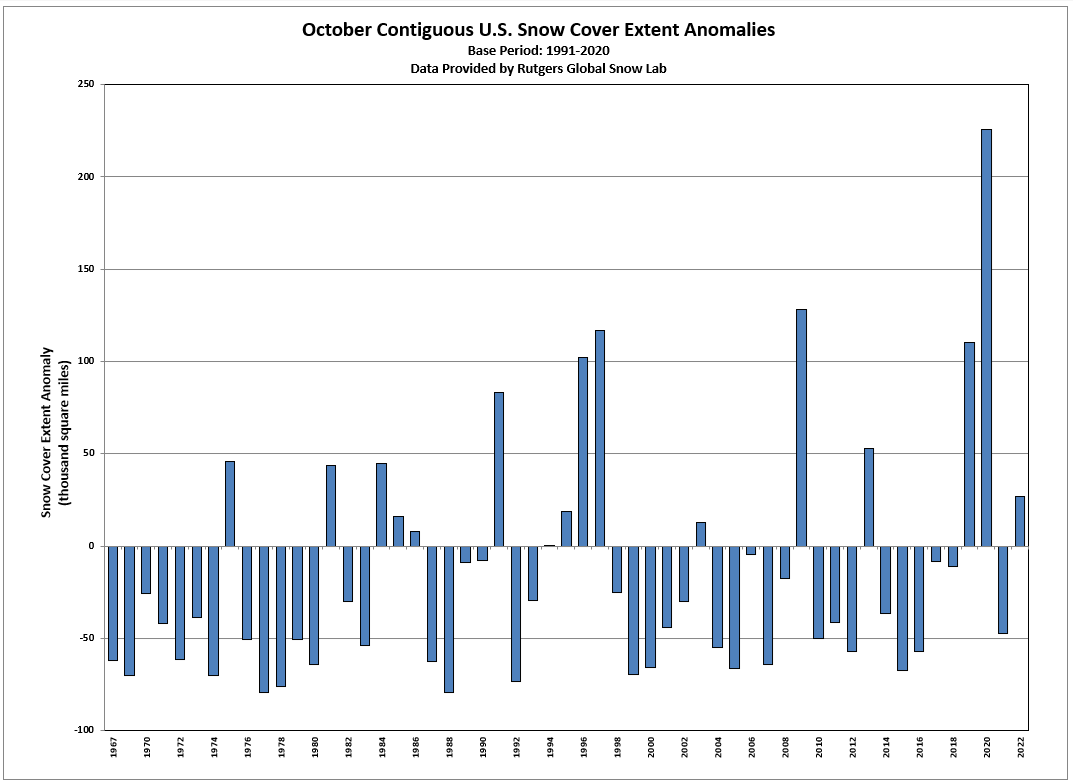 According to NOAA data analyzed by the Rutgers Global Snow Lab, the October snow cover extent for the contiguous U.S. was about 106,200 square miles, 26,600 square miles above the 1991-2020 average. This was the 11th highest value in the 55-year satellite record. Above-average snow cover was observed in the northern Rockies and portions of the southern Rockies as well as parts of the Upper Midwest. Below-average snow cover was observed across pockets of the Sierras and central and northern Rockies. 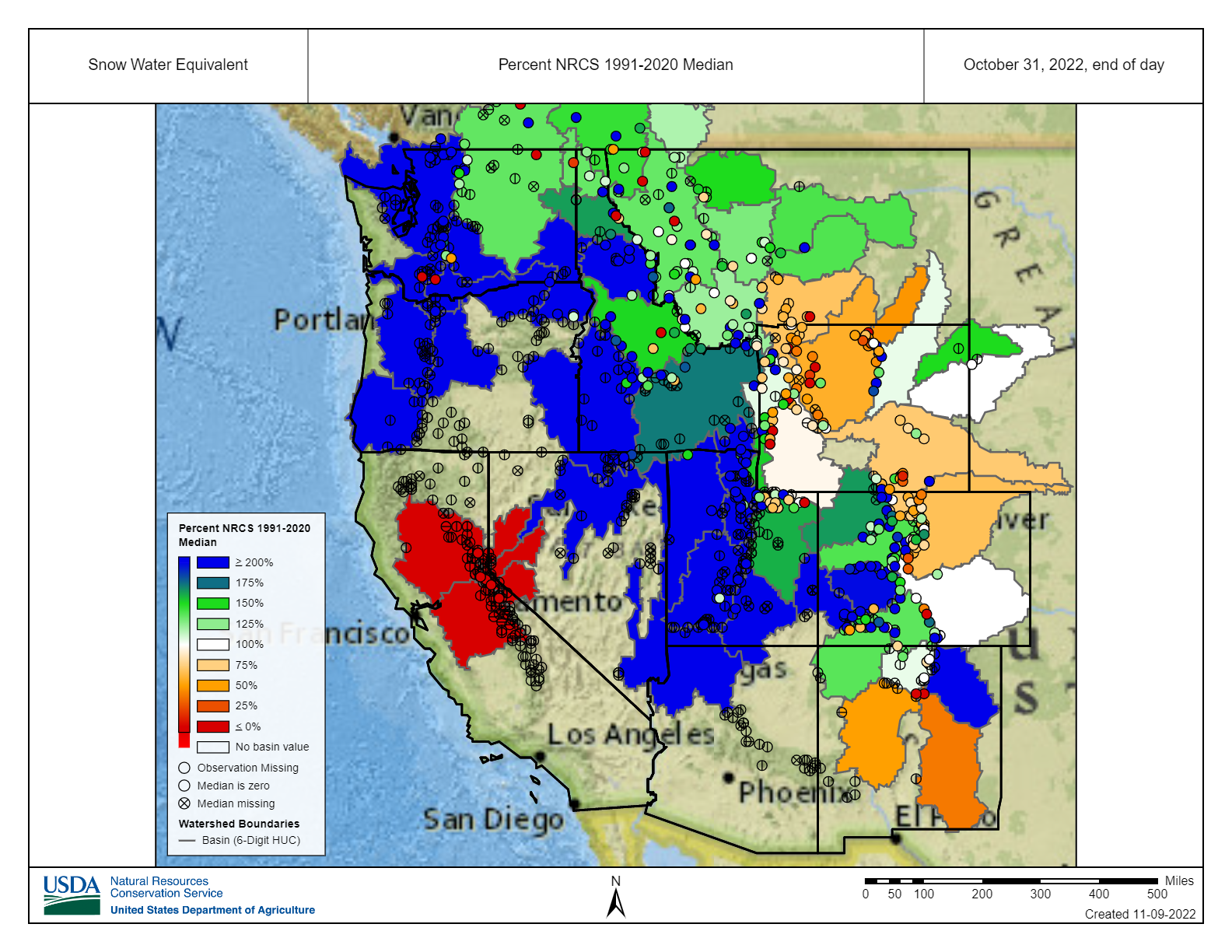 Melting of winter and spring mountain snowpack provides a crucial summer water source across much of the western United States. The total annual water budget for agriculture and human use in the mountainous West is highly dependent on the amount of snow melt that will occur in spring and is proportional to the amount of snow on the ground, which can be approximated by a measure of the snow water equivalent (SWE). At the end of October, with October marking the beginning of the snow season across the Lower 48, SWE values in excess of 150% of median were observed across the Cascades, Bitterroots, northern Rockies, and portions of the Great Basin and southern Rockies. Below-average SWE values existed across the Sierras and portions of the central and southern Rockies. It is important to note that since it is early in the snow season, normal median values are typically low, which can result in ususally high percent of median values when snow does fall.