Snow cover at the beginning of March covered approximately 29 percent of the contiguous U.S. (CONUS) according to NOAA's National Snow Analysis. This was the peak extent across the CONUS for the month. Snow blanketed the higher elevations of the Sierras, Cascades, northern and central Rockies, the Great Lakes and the Northeast. Likely the most notable snow event of the month occurred on March 13-14 and brought heavy snowfall and blizzard conditions to the central Rockies and High Plains. Denver had its fourth-largest snowstorm on record while Cheyenne reported its heaviest multi-day snowstorm on record. As temperatures across the country warmed throughout March, snow cover waned and reached a minimum extent on the 30th when about 9 percent of the CONUS was covered by snow. This included parts of the western mountains and northern New England. 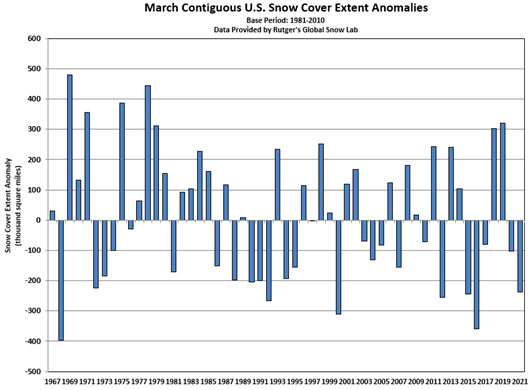 According to NOAA data analyzed by the Rutgers Global Snow Lab, the March snow cover extent was approximately 504,000 square miles, 237,000 square miles below the 1981-2010 average. This was the 7th smallest value in the 55-year satellite record. Above-average snow cover was observed across parts of the Pacific Northwest as well as the northern and central Rockies. Below-average snow cover was present across much of the Cascades, Great Basin, northern and central Plains, Great Lakes and parts of the Northeast. 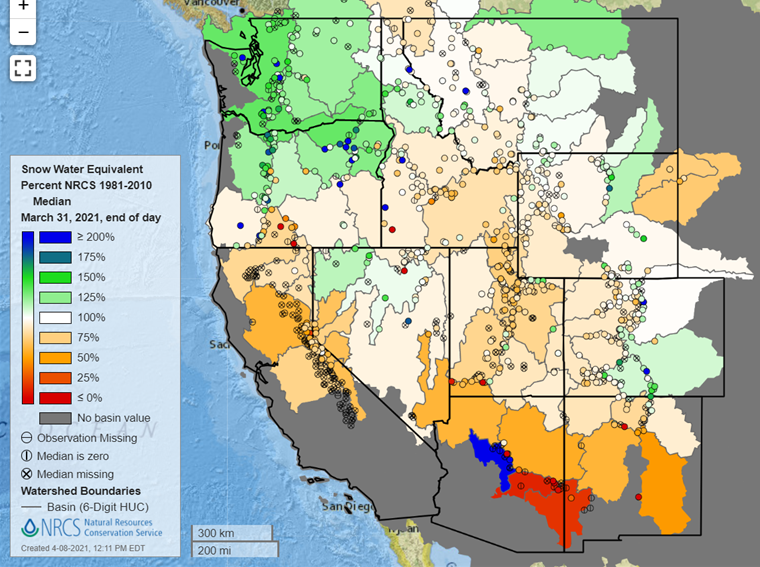 Melting of winter and spring mountain snowpack is a crucial summer water source across much of the western United States. The total annual water budget for agriculture and human use in the mountainous West is highly dependent on the amount of snow melt that will occur in spring and is proportional to the amount of snow on the ground, which can be approximated by a measure of the snow water equivalent (SWE). On February 28, SWE values were above the median value across much of the northern Rockies and northern Cascades. Basins-wide statistics across the Sierra Nevada, the Great Basin and the central and southern Rockies had SWE values from 50 to 75 percent of the median value and as low as 25 percent across the southern Rockies. By the end of March, SWE values across the Pacific Northwest remained above average. Snowfall received across the central Rockies during March contributed to an improvement in SWE values across the region. For most other basins across the West, SWE values were similar in value or deteriorated from what was observed during February. 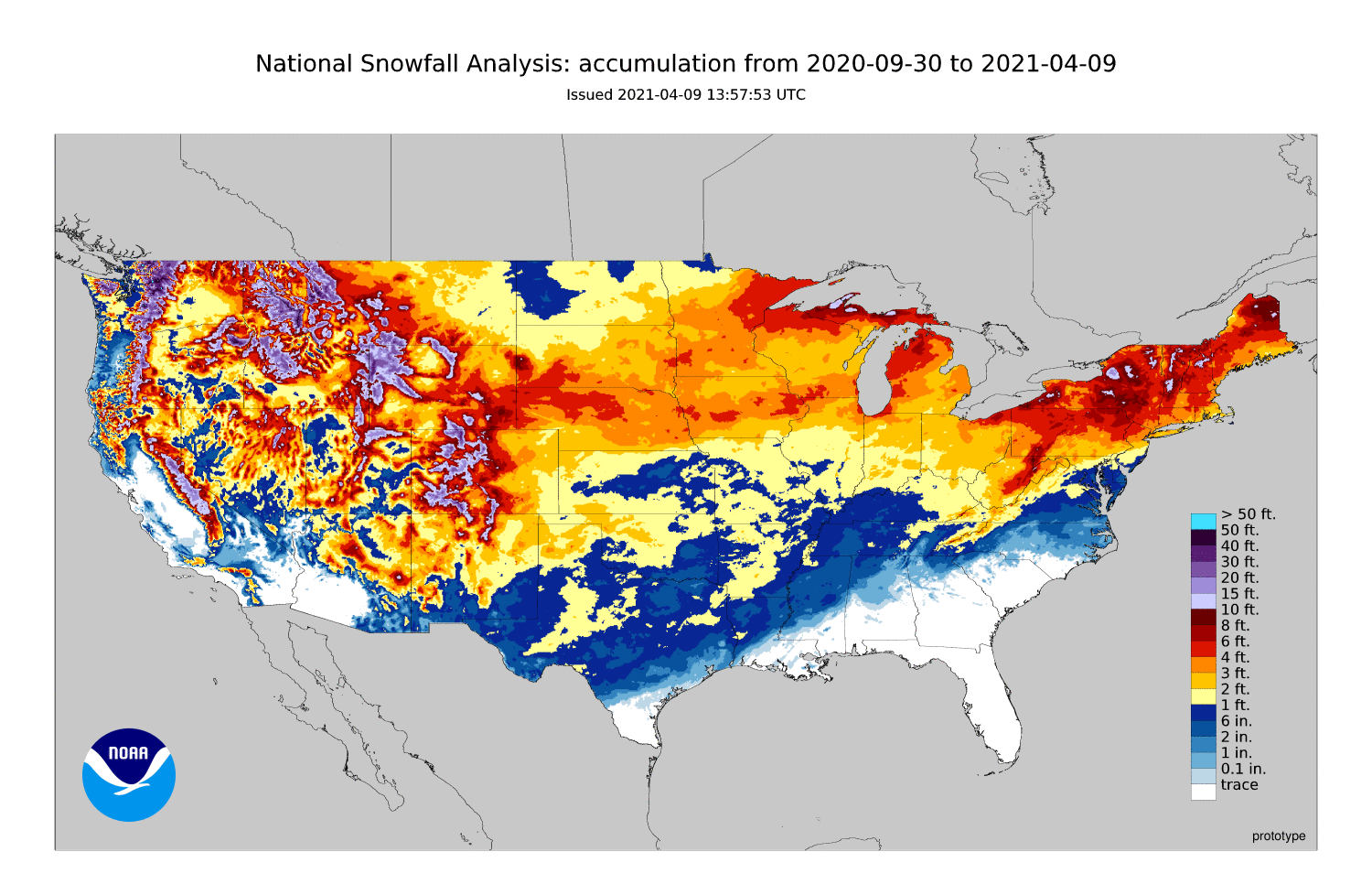 
Looking at the accumulated contiguous U.S. snowfall for the season-to-date (2020-21), we can see that since September 30, 2020, snowfall was observed over a large portion of the the Lower 48 states. Several regions which usually do not experience snow or receive very little from year-to-year, had above-average snowfall during the 2020-21 snow season. This includes portions of southern California, Utah, Arizona, New Mexico, Oklahoma, Texas, Arkansas, Louisiana, Mississippi, Tennessee and Alabama. In fact, some locations across the Southwest, Texas and Louisiana received more than 500% of average snowfall for the season. In contrast, much of the northern Plains received less than half of the average snowfall for the season, which exacerbated drought conditions across North and South Dakota.