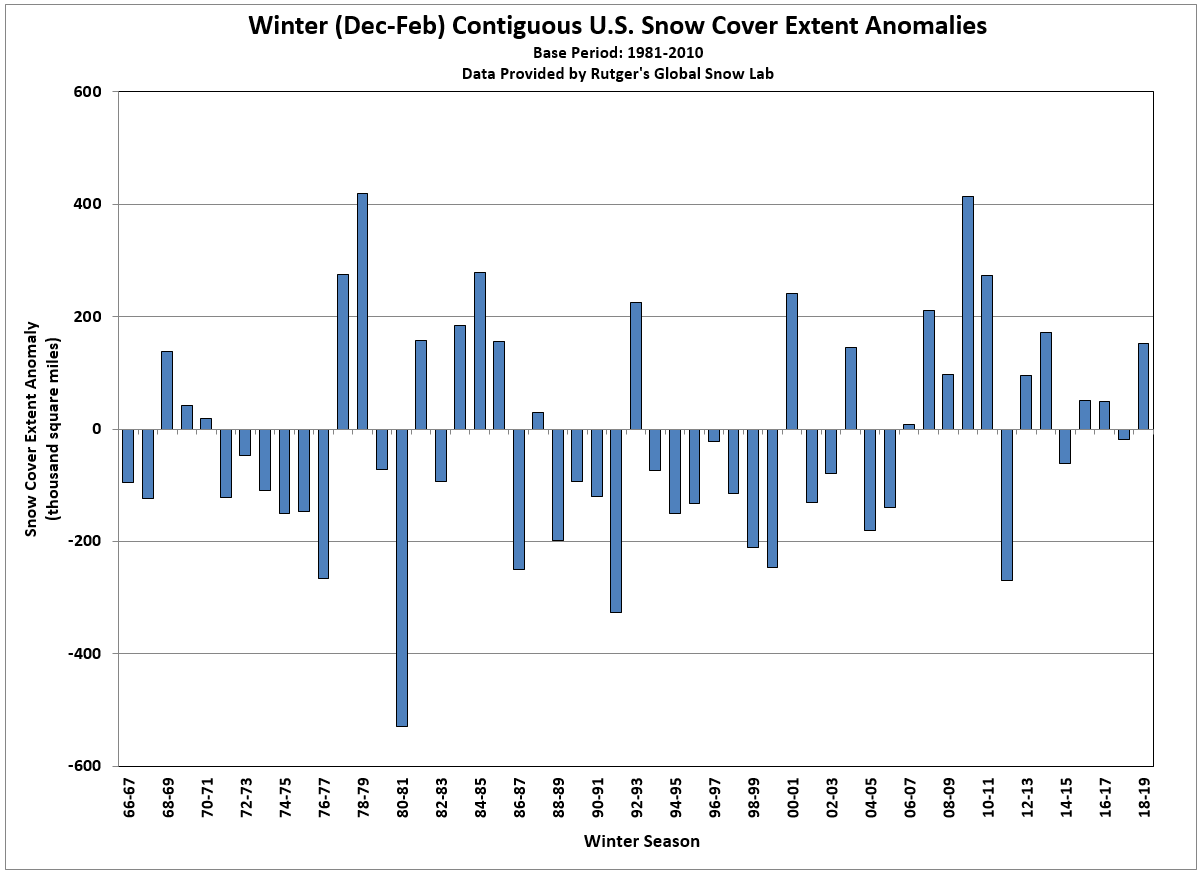 According to NOAA data analyzed by the Rutgers Global Snow Lab, the winter season (December 2018–February 2019), contiguous U.S. (CONUS) snow cover extent was 152,380 square miles above the 1981–2010 average and ranked as the 13th highest in the 55-year period of record. The 2018/19 winter snow cover extent was larger than the snow cover extent over the previous four years. Much of the snow that fell across the U.S during the December–February period occurred across the Cascades, the northern Rockies and Plains, the Great Lakes and the Northeast. December 2018 was a snowy month across the country with a peak coverage of 47 percent of the CONUS covered on December 10. Most of the northern half of the U.S. was blanketed by snowcover in addition to parts of Texas, Arkasas, Tennessee, North Carolina and Virginia. By January 22, snow covered more than 50 percent of the CONUS from the Rockies to the northern and central Plains and as far south as Arkasas and North Carolina and into parts of the Northeast. An active storm pattern brought the snow cover to nearly 60 percent on February 21, with snow reaching as far south as Arizona, New Mexico, Oklahoma and North Carolina. 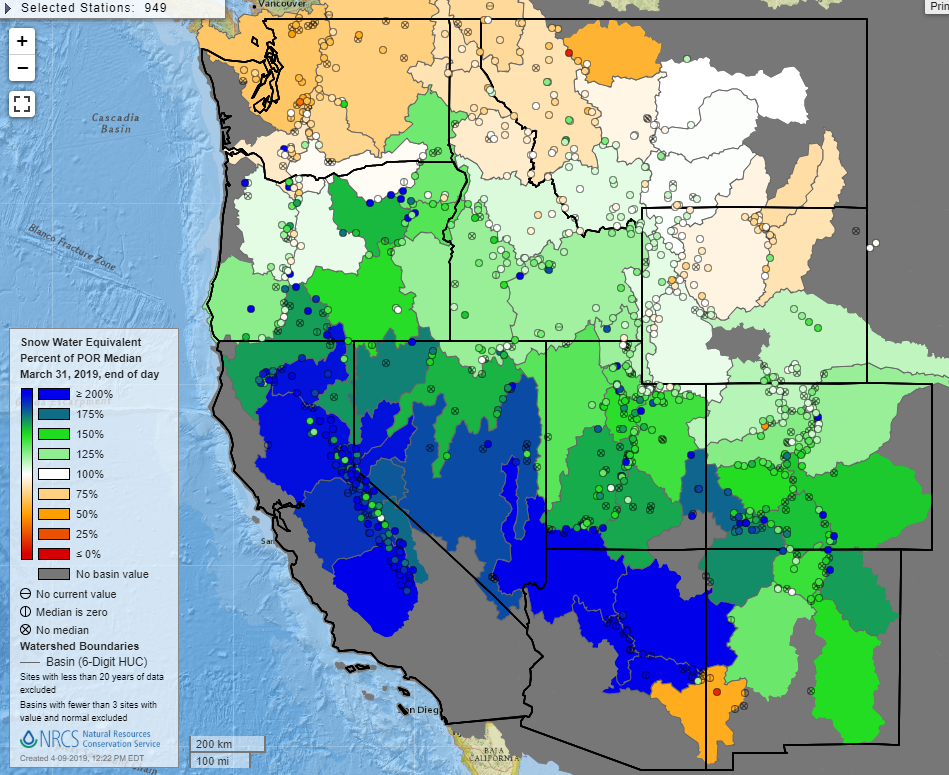 Melting of winter and spring mountain snowpack provides a crucial summer water source across much of the western United States. The total annual water budget for agriculture and human use in the mountainous West is highly dependent on the amount of snow melt that will occur in spring and is proportional to the amount of snow on the ground, which can be approximated by a measure of the snow water equivalent (SWE). By the end of March, SWE values in excess of 200 percent of median were observed across the Sierra Nevada range, the Great Basin and across much of northern Arizona. Near-to and above-median SWE values were present across much of the southern Cascades and Bitterroots as well as the central and southern Rockies. Below-average SWE values intensified across the northern Cascades as well as the northern extent of the Bitterroot range.