Forty-one percent of the contiguous U.S. (CONUS) was covered by snow at the beginning of December according to NOAA's National Snow Analysis. Snow accumulations covered much of the West, northern Plains, Great Lakes and New England. It even stretched as far south as central and southern Arizona and New Mexico. During the next two days, a powerful winter storm traversed the Northeast bringing up to three feet of snow in some locations, which made travel difficult. By December 17, snowcover peaked for the month with 48.4 percent of the CONUS under a blanket of snow from the Intermountain West into the northern Plains and Great Lakes and from Oklahoma to New York and into New England. This snow resulted from a strong low pressure system, which brought severe weather and tornadoes to parts of the Deep South. By Christmas Eve, temperatures across much of the country warmed enough to reduce the snowfall footprint to only 25.5 percent coverage, the minimum extent for the month. People experiencing a "White Christmas" during 2019 across the Lower 48 were located in the Intermountain West, North Dakota, South Dakota, Minnesota, Wisconsin, the Upper Penninsula of Michigan and throughout much of the Northeast. By New Year's Eve, snow blanketed 38.9 percent of the CONUS as 2019 came to a close. 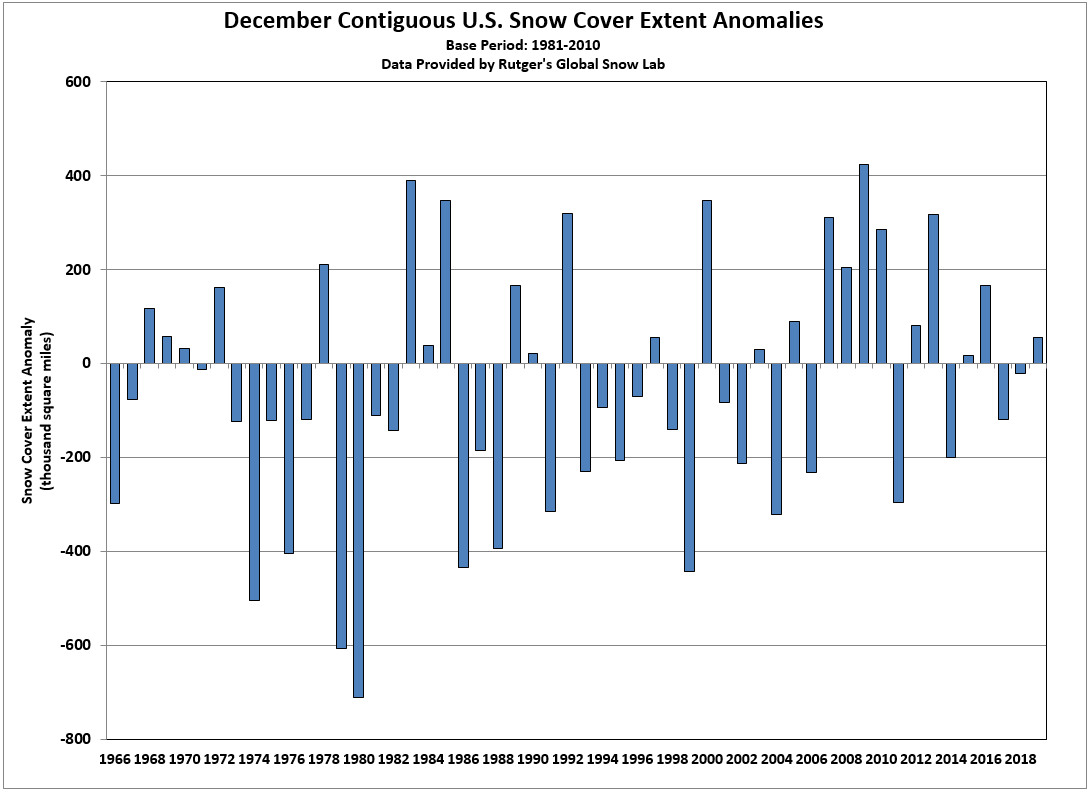 According to NOAA data analyzed by the Rutgers Global Snow Lab, the December snow cover extent was 1.2 million square miles, 54 thousand square miles above the 1981-2010 average. This was the 20th highest value in the 54-year satellite record. Above-average snow cover was observed across parts of central and southern Rockies, the northern Plains, the northern Great Lakes and much of New England. Below-average snow cover was observed over the Cascades, parts of the Sierras, the southern Rockies, central Plains, southern Great Lakes and the Mid-Atlantic region. 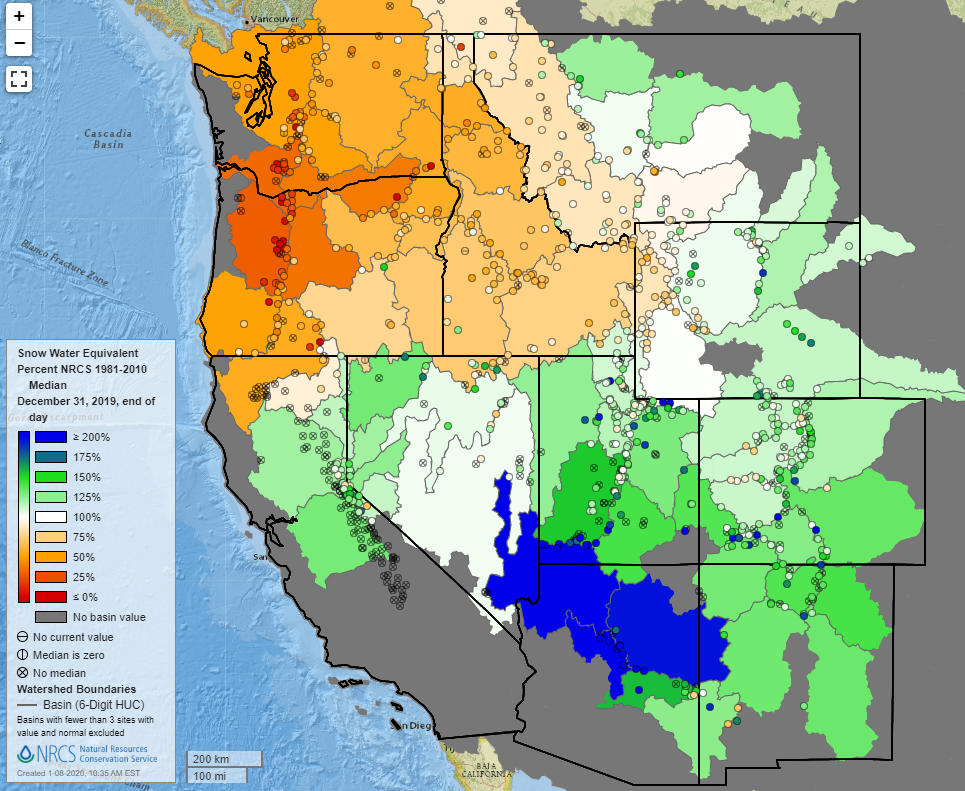 Melting of winter and spring mountain snowpack provides a crucial summer water source across much of the western United States. The total annual water budget for agriculture and human use in the mountainous West is highly dependent on the amount of snow melt that will occur in spring and is proportional to the amount of snow on the ground, which can be approximated by a measure of the snow water equivalent (SWE). On November 30, SWE values in excess of 200 percent of median were observed across the Southwest and southern Rockies, while below median values were present across much of the Pacific Northwest. SWE values across the central Rockies and the western edge of the High Plains were between 100 and 150 percent of the median value. By the end of December, SWE values were similar to what was present the month prior with below median values across the Pacific Northwest and parts of the Bitterroots, above average SWE values across the Sierras, central and southern Rockies and parts of the High Plains and a smaller extent for SWE values in excess of 200 percent across the Southwest.