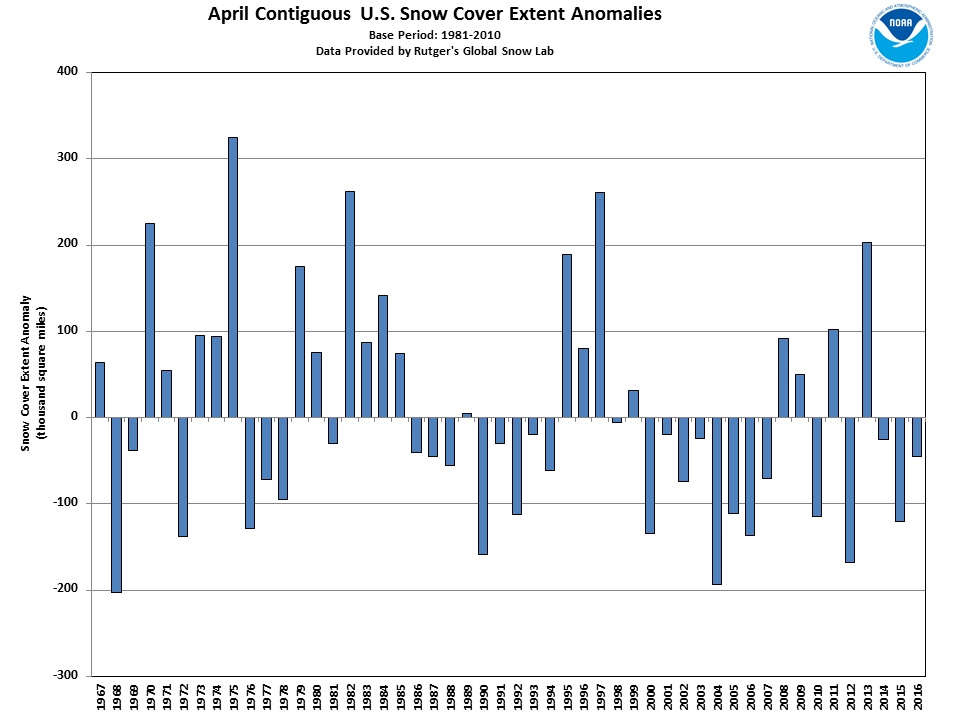 Melting of winter and spring mountain snowpack provides a crucial water source across much of the western United States. The total annual water budget for agriculture and human use in the mountainous West is highly dependent on the amount of snow melt that will occur in spring and is proportional to the amount of snow on the ground. As of May 1st, near-to-below average snowpack was observed across much of the Northwest and Northern Rockies. Near-average snowpack was observed across the Sierra Nevada Mountains, with above-average snowpack across the Central Rockies. Record-warmth limited the snowpack across much of Alaska with snowpack totals less than 25 percent of average across central and southern regions of the state.

This will be the last U.S. snow report issued until the October 2016 report is released in November 2016.

NOAA National Centers for Environmental Information, State of the Climate: National Snow and Ice for April 2016, published online May 2016, retrieved on October 22, 2021 from https://www.ncdc.noaa.gov/sotc/snow/201604.