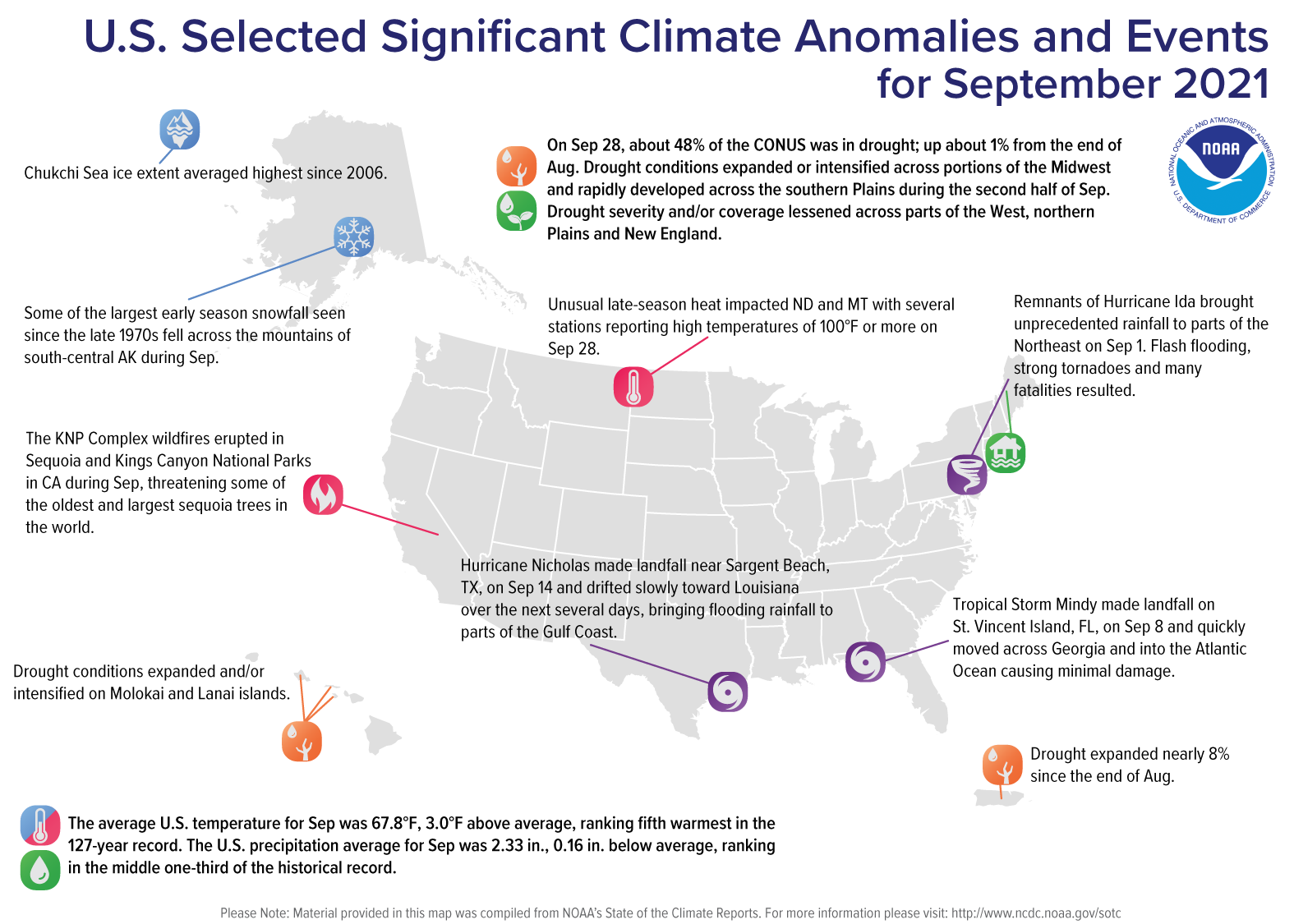 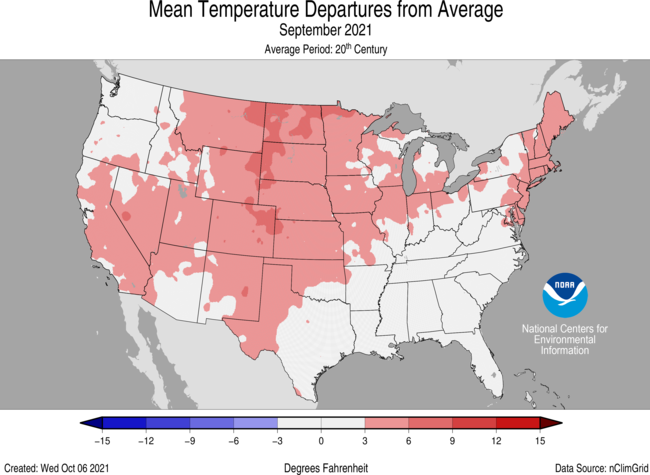 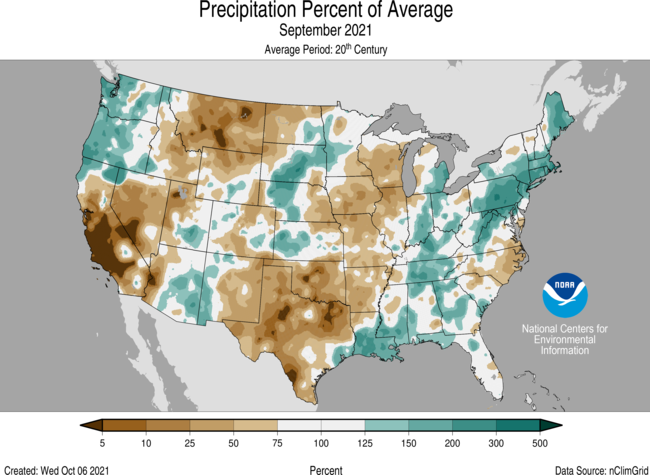 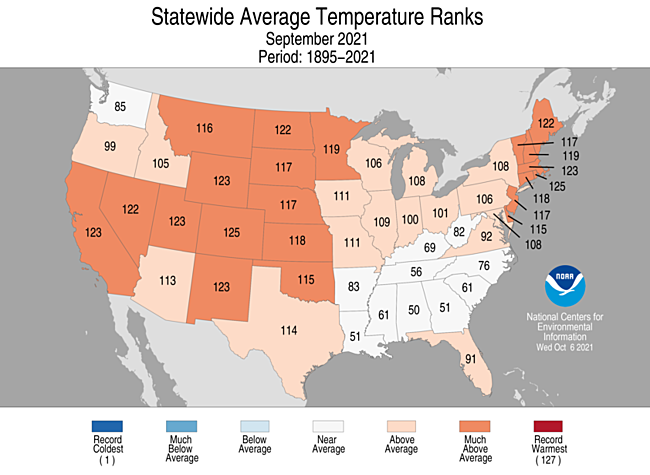 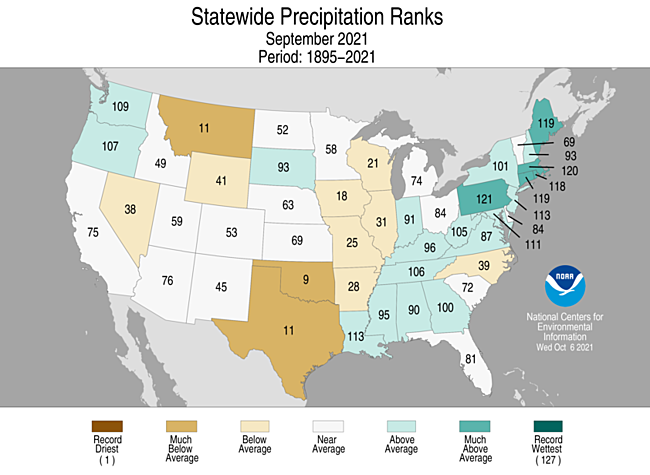 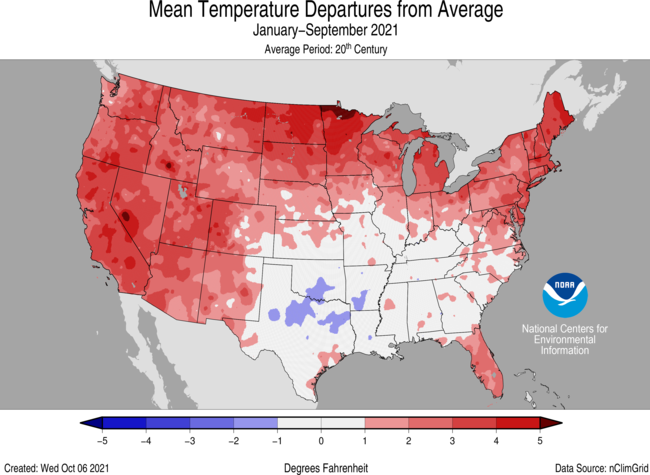 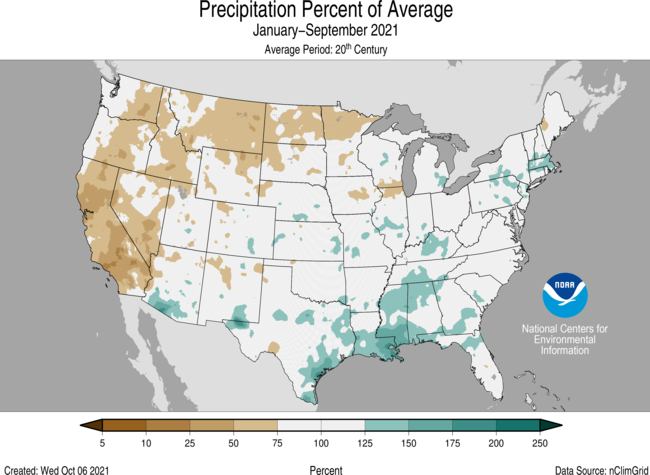 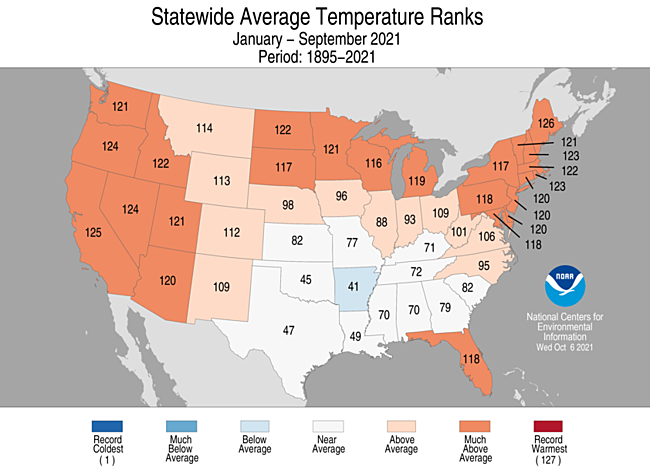 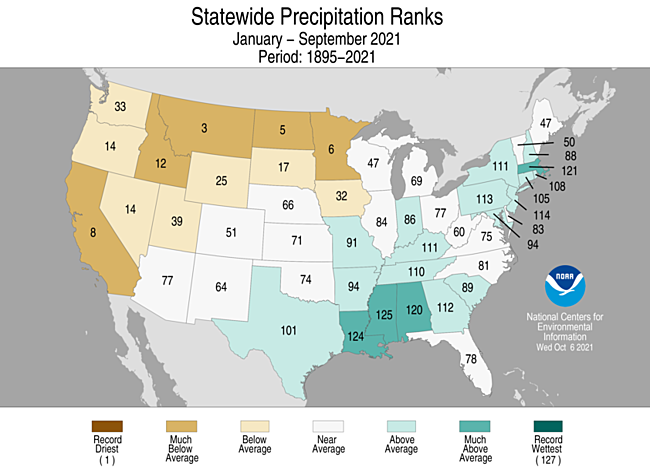 Hurricane Nicholas made landfall in Texas, but western parts of the Southern Region became drier overall.