Despite many parts of the central U.S. experiencing below-normal temperatures, 2019 was the 23rd consecutive calendar year with a nationally-averaged temperature at least nominally higher than the 20th century (1901-2000) average. However, many above-normal years do feature regions with below-normal temperatures. The map below gives a rough estimate (within a half-decade) of the last year for which a given county recorded an annual temperature below its 20th century average. Large swaths of the Southwest and Northeast have not observed a colder-than-average year in at least 20 years. 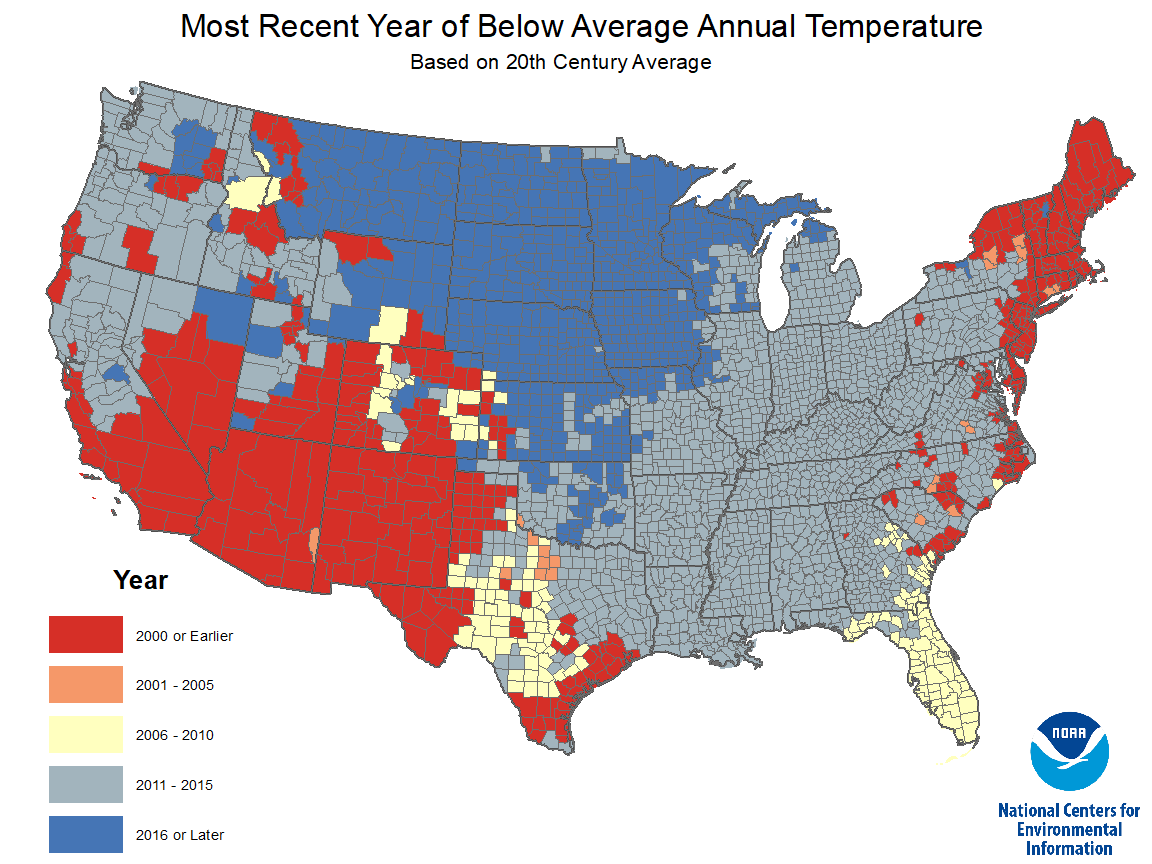