Summer monsoonal rains brought heavy precipitation to northeastern Australia during the first week of February. Warm moist air pumped in from the Coral Sea by low pressure systems resulted in continual downpours that caused major flooding in the area. NASA's TRMM satellite measured 20.5 inches (520 mm) of rain accumulation extending from the Gulf of Carpentaria to Cape York Peninsula. As flooding in Queensland moved south into New South Wales, thousands of residents were isolated for more than two weeks due to the floods. The extreme wet conditions were attributed in part to effects from ongoing La Niña conditions. 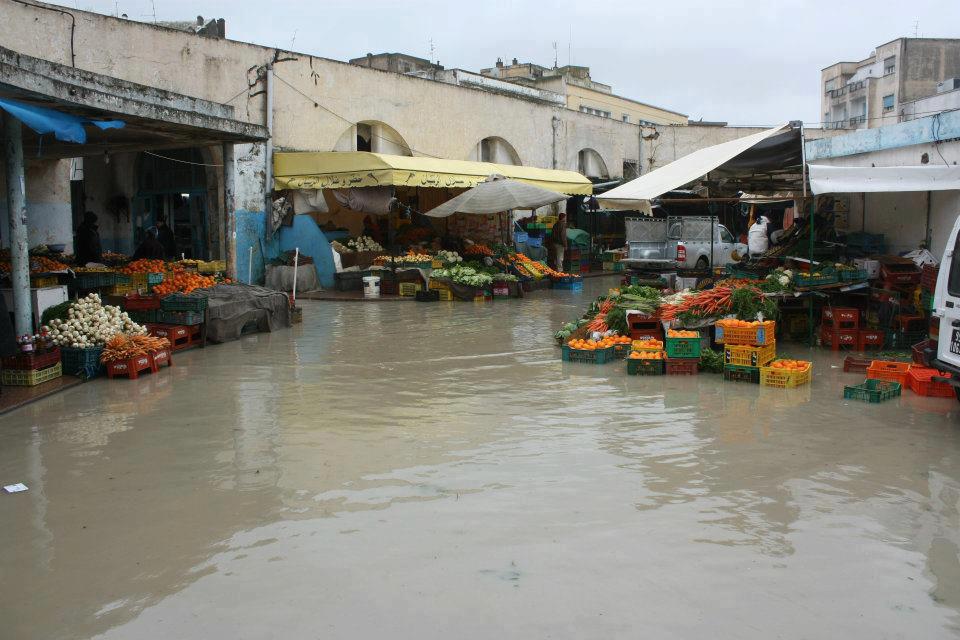 Heavy rains, combined with runoff from melting snow, led to landslides and flooding in several towns and villages in northwestern Tunisia on February 23rd. At least two people were killed and one person was missing in Boulifa. About 1,000 residents were evacuated near Bizerte, as major flooding was expected in that region. 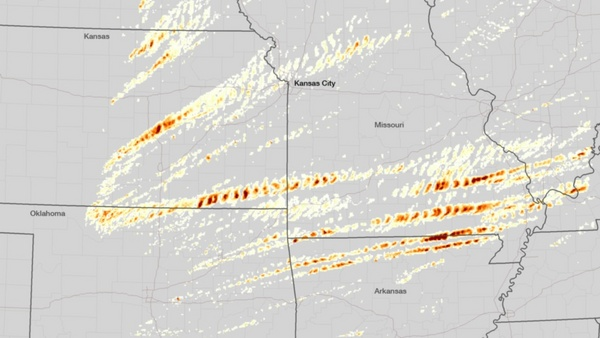 Severe thunderstorms spawned numerous tornadoes that tore across the midwestern U.S. on February 28th and 29th, killing 13 people and injuring more than 100 others in Tennessee, Missouri, Illinois, and Kansas. One tornado that was responsible for the deaths of six people in Harrisburg, Illinois was rated an EF-4, with winds reaching up to 170 mph (274 km/hr) and a width of reportedly 200 yards (183 meters). The storms occurred during the early morning hours, a time that is generally difficult to alert people to the impending danger. A scientist at NOAA's National Severe Storms Laboratory estimated that around 10 percent of tornadoes occur between midnight and 6 a.m. 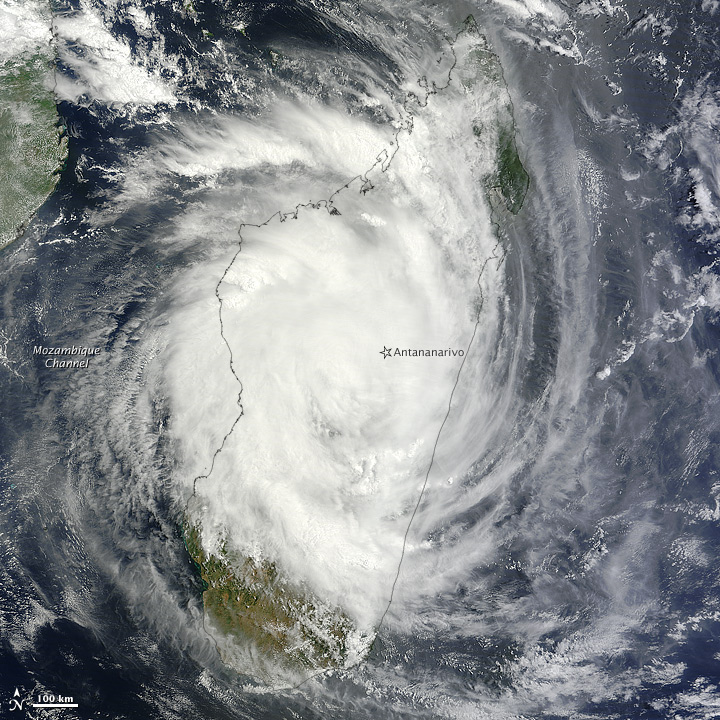 Tropical Cyclone Giovanna struck the island of Madagascar in the South Indian Ocean on February 14th. According to the Joint Typhoon Warning Center, the storm roared ashore on the east coast near the port city of Tamatave with maximum sustained winds of 143 mph (230 km/hr), equivalent to a category 4 storm on the Saffir-Simpson Hurricane Scale. At least 23 people were killed and 190,000 lost their homes as the storm moved westward over the island and quickly lost strength. Numerous trees and power lines were downed and several dozen families were forced to evacuate their homes due to rising floodwaters. After crossing the island, Giovanna made its way into the Mozambique Channel later the same day and eventually dissipated on the 21st. 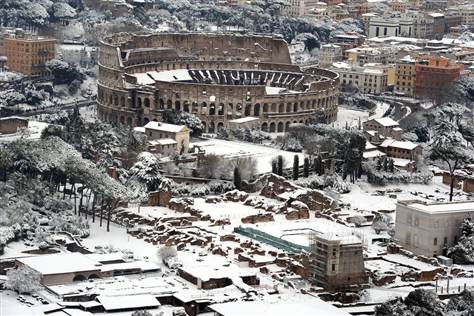 Europe's worst cold snap in at least 26 years set in over Central and Eastern Europe on January 24th as heavy snow fell over the region. The extreme weather lasted for three weeks, finally easing on February 14th. More than 650 people died as a direct result of the frigid conditions, with about 70 percent of the fatalities occurring in Russia, Ukraine, and Poland. Deaths were also confirmed in Lithuania, Romania, Bulgaria, Estonia, Latvia, Serbia, Croatia, Montenegro, and Slovenia. Tens of thousands of residents lost power and hundreds of rural villages were isolated for more than a week. Helicopters dropped food to people in those remote areas. The heavy precipitation led to swollen rivers in Greece and Bulgaria, where rivers burst their banks, submerging dozens of residences. Temperatures dropped to as low as -40°F (-40°C) in some eastern European countries. Rome, Italy received snowfall for only the second time in the past 15 years on February 4th. The city then saw another round of snow just one week later. Parts of the Danube River—an important commerce route in Europe—froze over for the first time in 25 years, indicating the intensity and longevity of the cold. Polar air that spilled southward from northern Russia was responsible for the cold, and that cold air combined with moisture from the central Mediterranean Sea to cause heavy snowfall. The World Meteorological Organization reported that the weather pattern was due to a negative phase of the Arctic Oscillation, a climate pattern that, in this negative phase, causes polar air to spill southward into middle latitudes. 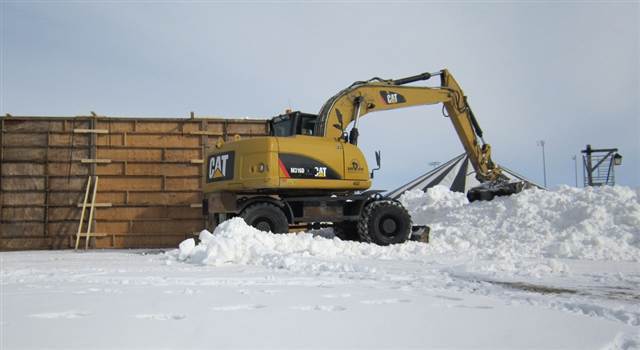 While the negative phase of the Arctic Oscillation brought cold temperatures to much of Europe, the same pattern brought higher-than-average temperatures to much of Canada during January and February, including the south central city of Winnipeg in Manitoba, which saw its third warmest January on record, with an average temperature of 12.6°F (-10.8°C). It was so warm that 200 loads of fake snow were trucked in so that a popular snow-sculpting contest at the Festival du Voyageur could go on as planned.