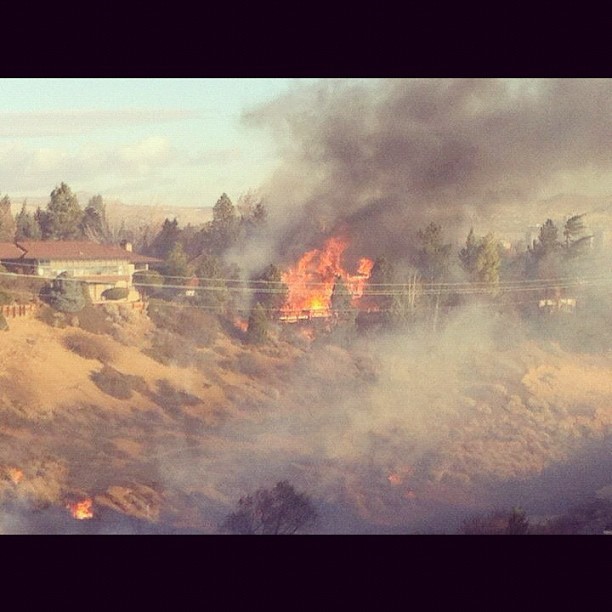 One of the worst fires in Nevada's history broke out in southwest Reno on November 18th. Fanned by winds gusting to more than 70 mph (113 km/hr), flames up to 100 feet (30 meters) in height forced almost 10,000 people to evacuate their homes and destroyed 32 houses. The fire was extinguished by the 20th and in total, 1,953 acres (790 hectares) were burned. According to the Reno fire chief, at times the fire spread at 20–30 mph (32–48 km/hr). The fire was particularly difficult to fight due to the combination of the high winds, rocky terrain, and accessibility. One fatality was blamed on the blaze.

The ongoing historic drought in Texas and Oklahoma took its toll on local Christmas tree farms in November. Thousands of trees were killed due to either lack of rainfall and exposure to extreme heat or from wildfires that scorched farmland earlier in the year. Growers also had difficulty keeping young saplings alive, which could affect Christmas tree production in future years. For the year-to-date (January–October), Texas received only 11 inches (279 mm) of rain. This is less than half of the average amount (24 inches; 610 mm) that typically falls during the same period. Oklahoma experienced its third driest January–October on record, receiving less than 19 inches (483 mm) of rain, compared with its average of 30 inches (762 mm).

Conditions were also poor south of Texas. By late November, Mexico was experiencing its driest year in seven decades, according to an official at the Ministry of Agricultural and Rural Development. Nearly 70 percent of the country was affected, with the northern states of Coahuila, San Luis Potosi, Sonora, Tamaulipas and Zacatecas especially hard hit. An estimated 2.5 million people across 1,500 communities lacked drinking water (water was trucked in). Additionally, 2.2 million acres (900,000 hectares) of cropland was destroyed and an estimated 450,000 livestock were lost due to the harsh drought conditions. Forecasts for corn production were cut twice by the government, due to the drought and a cold snap at the beginning of the year. Mexico is one of the top five corn producers in the world.

Parts of England were placed on drought alert as the Midlands had its driest 12-month period since records began in 1910. Residints in Cambridgeshire, South Lincolnshire and Northamptonshire were requested to conserve water. In Southern England, a 10-mile stretch of the Kennet and Avon Canal was closed when water levels reached the lowest point in 90 years.

Temperatures were more frigid than usual in Fairbanks, Alaska during the third week of November. According to NOAA's National Climatic Data Center U.S. Records, low minimum temperature records were set every day from the 15th to the 19th at Fairbanks International Airport. The coldest temperature of the week at the airport was recorded on the 17th, as temperatures dropped to -41°F (-41°C), breaking the previous record of -39°F (-39°C) for that date set in 1969. It was even colder at North Pole, Alaska that day, where temperatures plunged to -49°F (-45°C), breaking its previous daily record of -46°F (-47°C), also set in 1969. 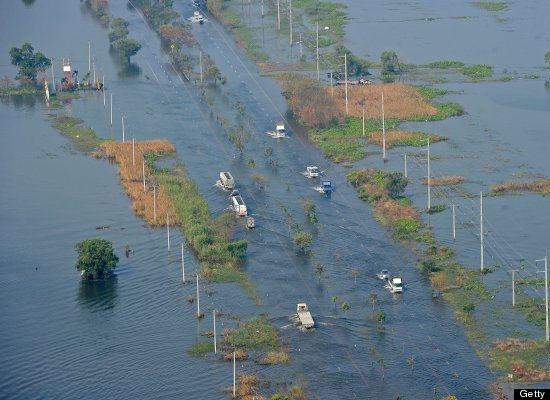 Thailand's flooding, which began in July due to a combination of unusually heavy monsoon rains and tropical storm systems, continued into November. As of November 20th, 17 of the country's 76 provinces were still affected by the floodwaters. At least 602 deaths have been blamed on the flooding over the past four months. The Thai government estimated that 2.9 million people were impacted by the floods. Nearby, Vietnam and Cambodia were also hit hard by the rains. An estimated 500,000 Vietnamese were impacted, and according to the Global Disaster Alert and Coordination System, at least 100 people were killed in the country as torrential downpours fell over several central provinces and over the country's southern Mekong Delta. At least 250 people also lost their lives in Cambodia. 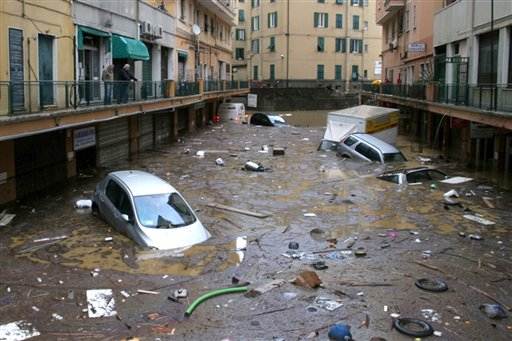 Heavy rains during the last week in October and first week in November culminated in fresh flooding in northwest Italy. At least seven people in Naples and Genoa were killed. In the city of Turin, schools were closed on November 7th and thousands of residents were told to evacuate as the River Po—Italy's longest river—rose 13 feet (4 meters). The prime minister said that unauthorized building due to lax local construction laws exacerbated the flooding problems.

In the midst of "one of its worst rainy seasons in decades", a mudslide in Colombia's western city of Manizales killed at least 44 people on November 5th and left at least 19 missing. In total, about 250,000 people were affected by the rains and subsequent floods and landslides. Meteorologists were expecting above-average rainfall to continue through November and December.

In eastern Africa, torrential rains fell over Uganda and Kenya from November 9th to 15th. In Kenya, at least four people were killed in the Kolowa region of the Rift Valley and a total of 10,000 residents were displaced. On the 12th, heavy rains fell for six hours over Bute town in the northeastern reion. The Bute ward councillor said that rainfall of this magnitude was the highest since 1974, according to the Global Disaster Alert and Coordination System. At least 15,000 people were displaced in Uganda. No fatalities were reported. 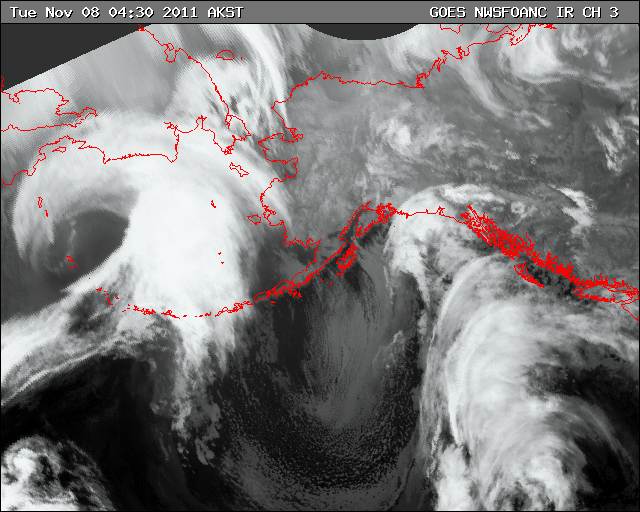 A powerful storm struck Alaska's western coast on November 8th–9th, the strongest to impact the region since 1974. Hurricane force winds brought gusts as high as 89 mph (143 km/hr) to Wales, Alaska, which is located at the western tip of the Seward Peninsula, forming the U.S. side of the Bering Strait. A storm surge of 8.6 feet (2.6 meters) hit Nome, the largest town in the path of the storm, with a population of about 3,600. The surge overtopped a sea wall, washing heavy equipment and cleaning supplies out to sea. Otherwise, damage was generally minor, limited mainly to blown out windows and battered roofs. No injuries were reported. According to a media report, Alaska's Division of Homeland Security and Emergency Management noted that "the state benefitted from accurate advance forecasts of the storm and good coordination among local, state and federal agencies". 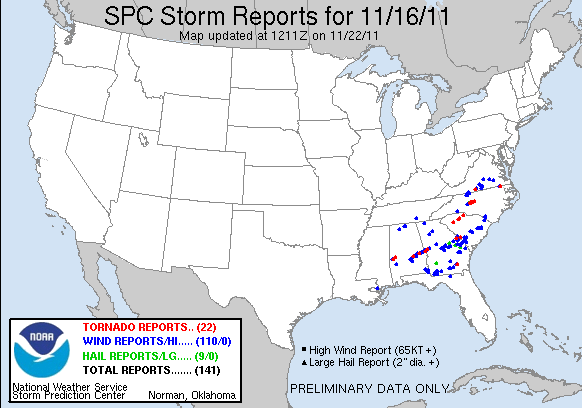 NOAA National Centers for Environmental Information, State of the Climate: Global Hazards for November 2011, published online December 2011, retrieved on May 7, 2021 from https://www.ncdc.noaa.gov/sotc/hazards/201111.