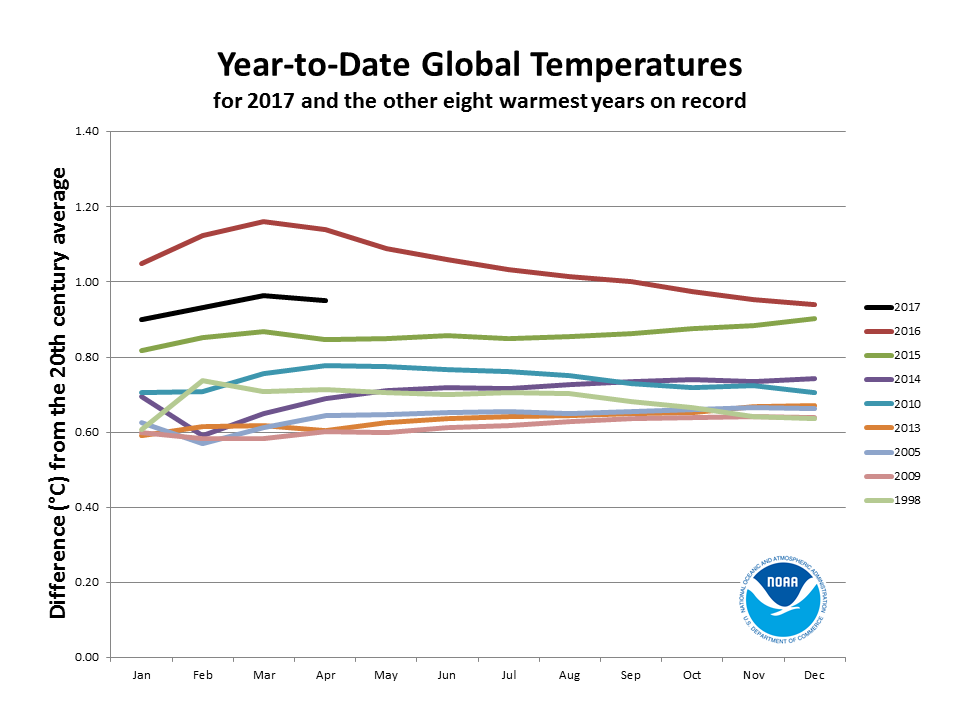 NOAA National Centers for Environmental Information, State of the Climate: Global Climate Report for April 2017, published online May 2017, retrieved on February 21, 2020 from https://www.ncdc.noaa.gov/sotc/global/2017/04/supplemental/page-1.