The following images are updates to various analyses NOAA/NCDC has provided in the past. These are all based upon the Merged Land and Ocean Surface Temperature data set's processing for December 2014, and represent the same data, presented in slightly different ways. These graphics will not be updated until the next annual analysis released in January 2016. 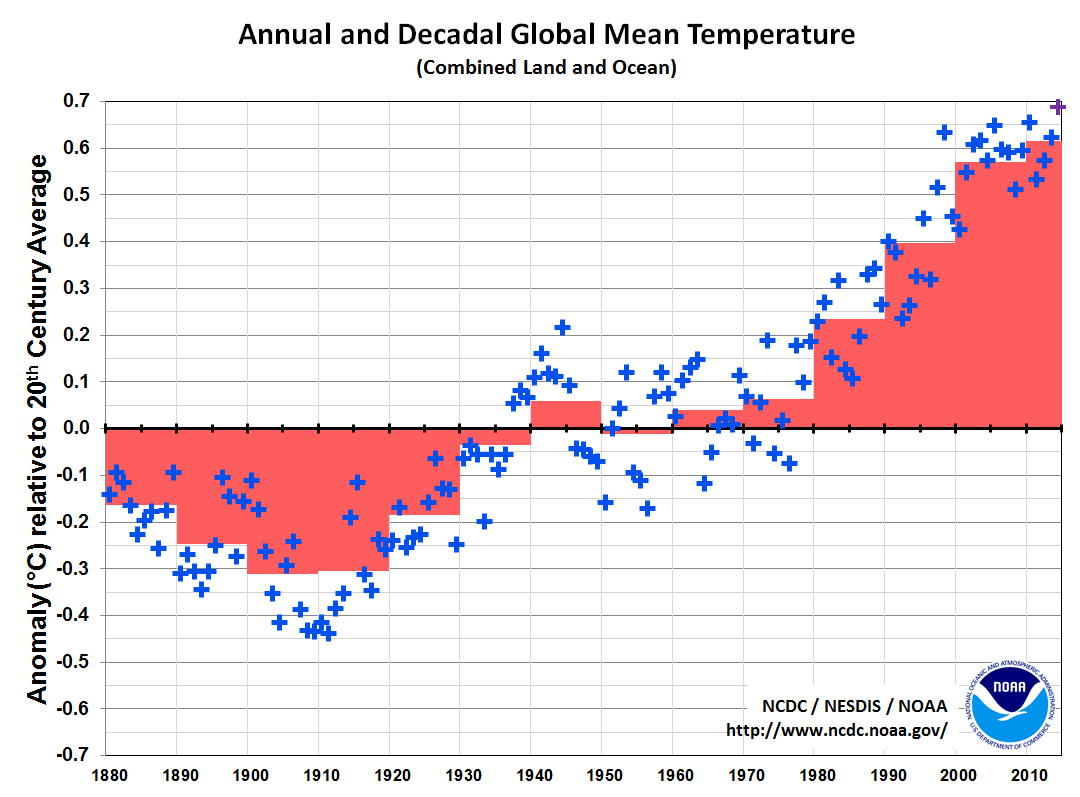 Global Temperature Anomalies since 1880, with Decadal Averages
(decades are defined as the years xxx0-xxx9) 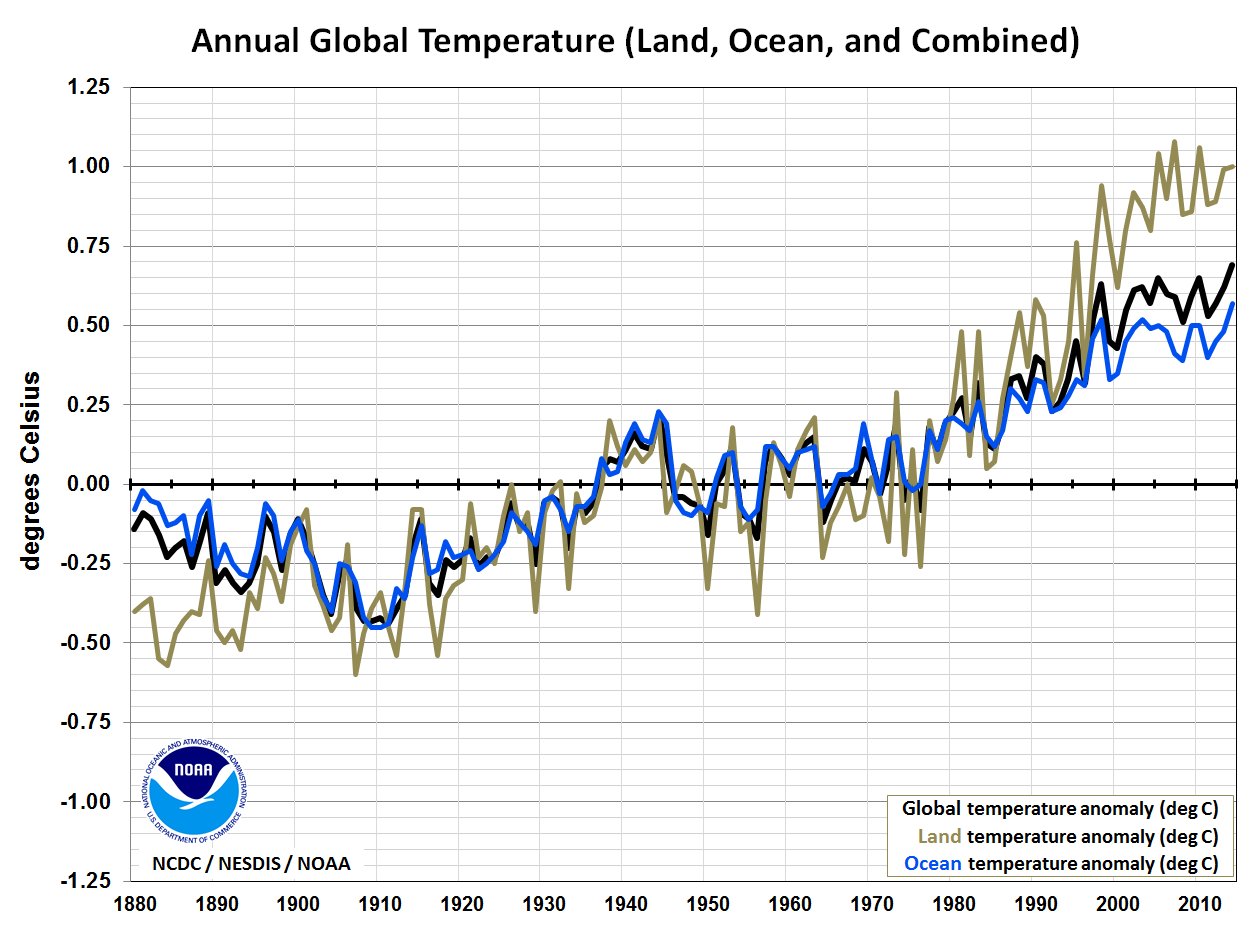 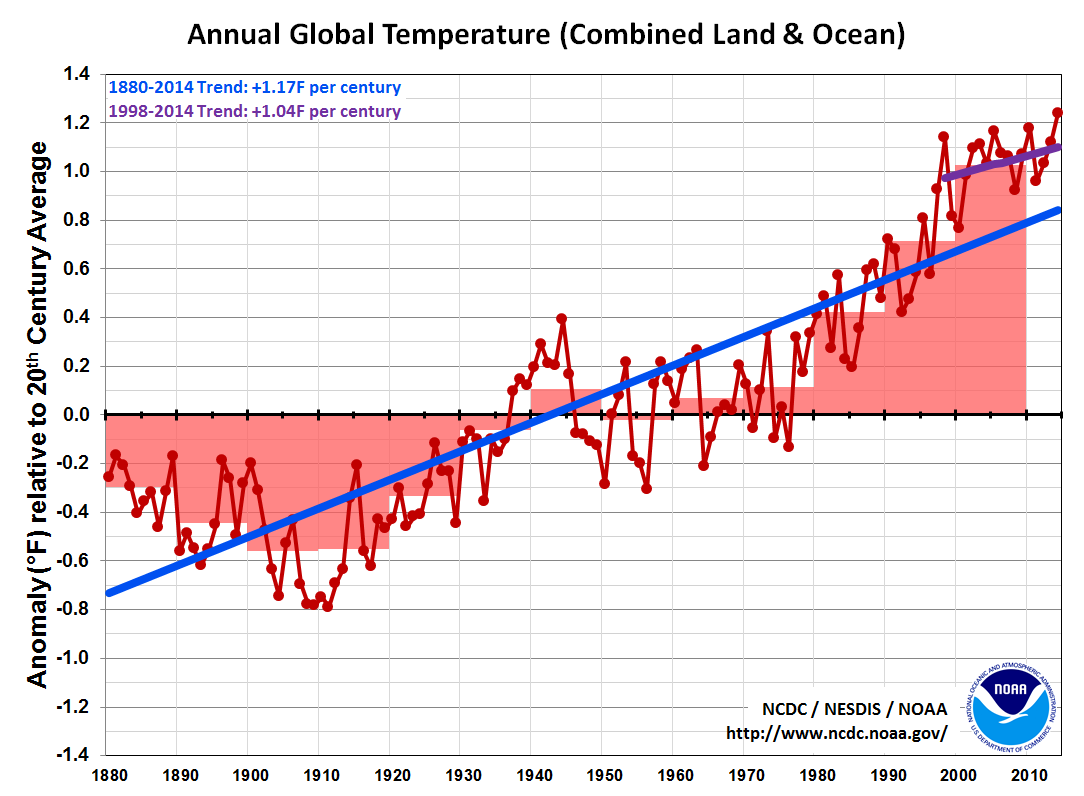