In Eurasia, the winter SCE for 2015-16 was 270,000 square km (104,000 square miles) below average and the 16th smallest winter SCE on record for the continent. This was also the smallest winter SCE since 2006/07. Similar to North America, the Eurasian SCE was below average during December and February and above-average during January. Rapid snow melt in late January and February caused the continental SCE to drop to fourth lowest on record for February at 1.65 million square km (640,000 square miles) below average. For the entire season, SCE for Eurasia is increasing at an average rate of 0.4 percent per decade. 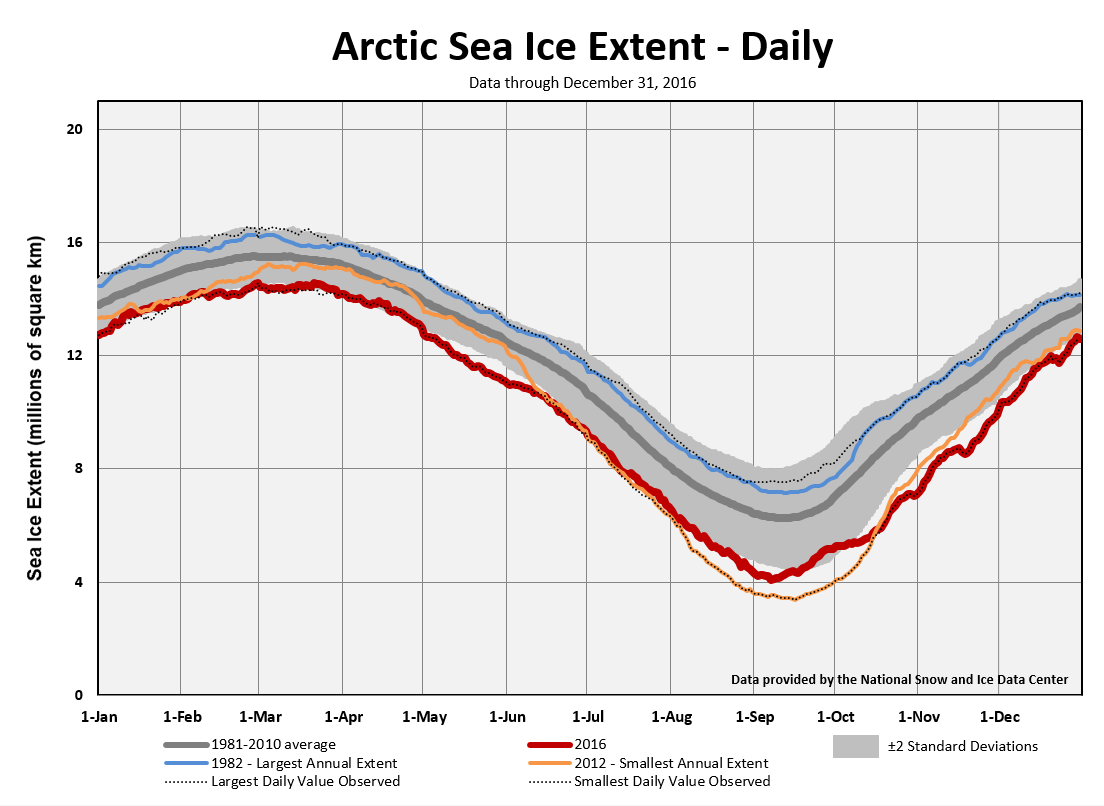 On September 10th, Artic sea ice reached its annual minimum extent, five days earlier than average. The 2016 minimum was 4.14 million square km (1.60 million square miles), 2.08 million square km (800,000 square miles) below the 1981-2010 average, statistically tying the second smallest minimum Arctic sea ice extent that occurred in 2007. The 2016 minimum sea ice extent was 750,000 million square km (290,000 square miles) larger than the record smallest annual minimum extent that occurred in 2012. Large areas of open ocean that are typically ice covered in mid-September were observed on the date of the minimum, including large areas of the Beaufort and Chukchi Seas on the Pacific side of the Arctic, and in the Laptev and East Siberian Seas on the Atlantic side. 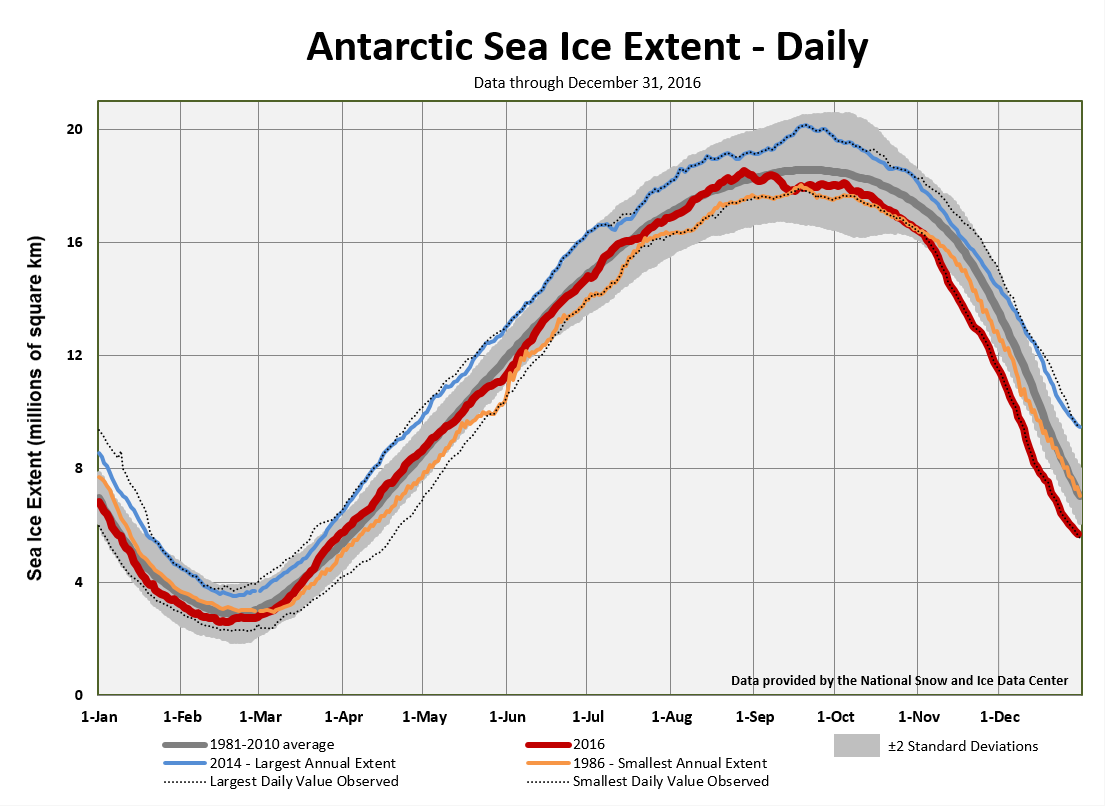 NOAA National Centers for Environmental Information, State of the Climate: Global Snow and Ice for Annual 2016, published online January 2017, retrieved on May 11, 2021 from https://www.ncdc.noaa.gov/sotc/global-snow/201613.