The March North American SCE was 15.06 million square km (5.82 million square miles), 580,000 square km (220,000 square miles) below average and tied 2010 as the 10th smallest on record. For March, the contiguous U.S. SCE was the fifth smallest on record, the Alaska SCE tied the 14th smallest on record, while the Canada SCE was slightly above average. Below-average snow cover was observed across the western two-thirds of the contiguous U.S., southwestern parts of Canada, and in southern Alaska. Above-average snow cover was observed across the Canadian Rockies, the Great Lakes region, and in the northeastern United States. 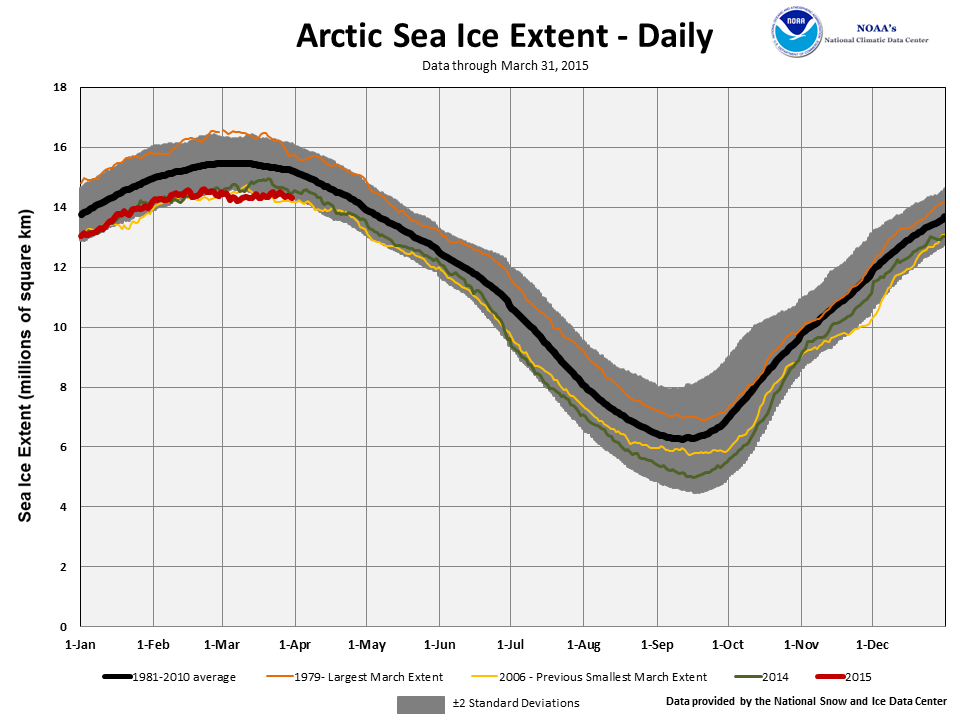