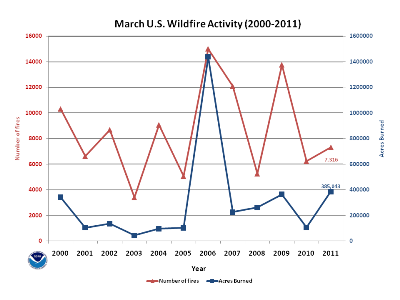 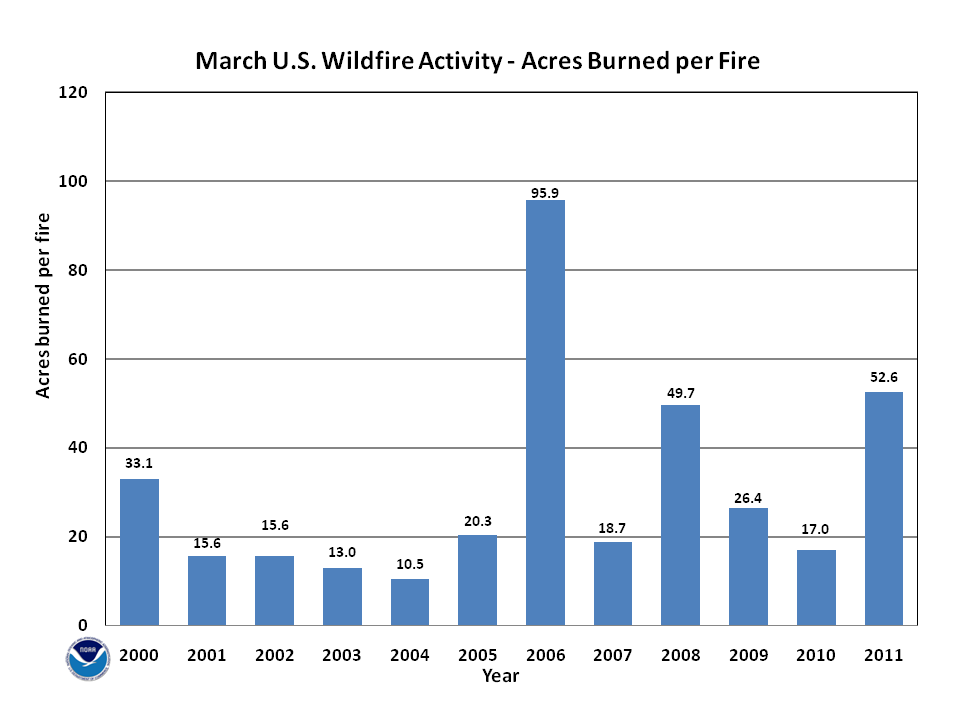 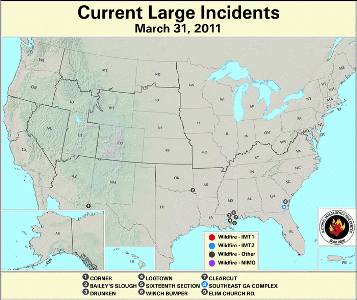 Above-average fire activity, which began in February across the southern tier of the U.S., continued into March. Although the number of new wildfires was slightly below average, the total acreage burned was much-above normal. Warmer than average temperatures and below average precipitation across the Southern Plains were associated with favorable wildfire conditions. Please see the monthly temperature and precipitation discussion for more information. During March, there were 7,316 new wildfires across the country, which burned 385,043 acres (155,800 hectares), marking the second most acres burned during March in the 12-year period of record. In March 2006, 1,438,255 acres (582,000 hectares) were burned across the country. The relatively small number of fires compared to the large acreage burned was reflected in the average fire size during the month of 52.6 acres (21.3 hectares) — the second largest in the period of record. At the beginning of March, there were 14 large wildfires burning across the U.S., six in Texas, four in Florida, and one each in Kansas, Louisiana, Georgia, and Virginia. On the 15th, there were 23 large wildfires burning, 11 in Oklahoma, three in both Missouri and Arkansas, and one each in Arizona, Colorado, Florida, Georgia, and North Carolina. By the end of March, fire activity shifted eastward, with nine large fires active, three in Louisiana, two in Mississippi, two in Georgia, and one each in Oklahoma and New Mexico. 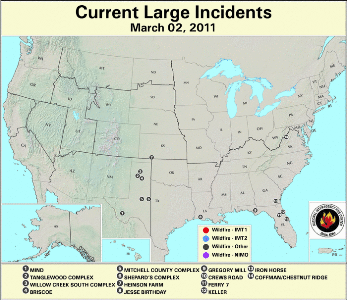 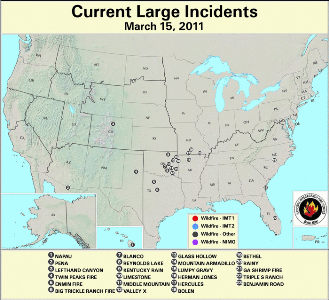 ]
Note: Unless conditions warrant it, the U.S. Forest Service updates out of season large fire maps once per week on Fridays. 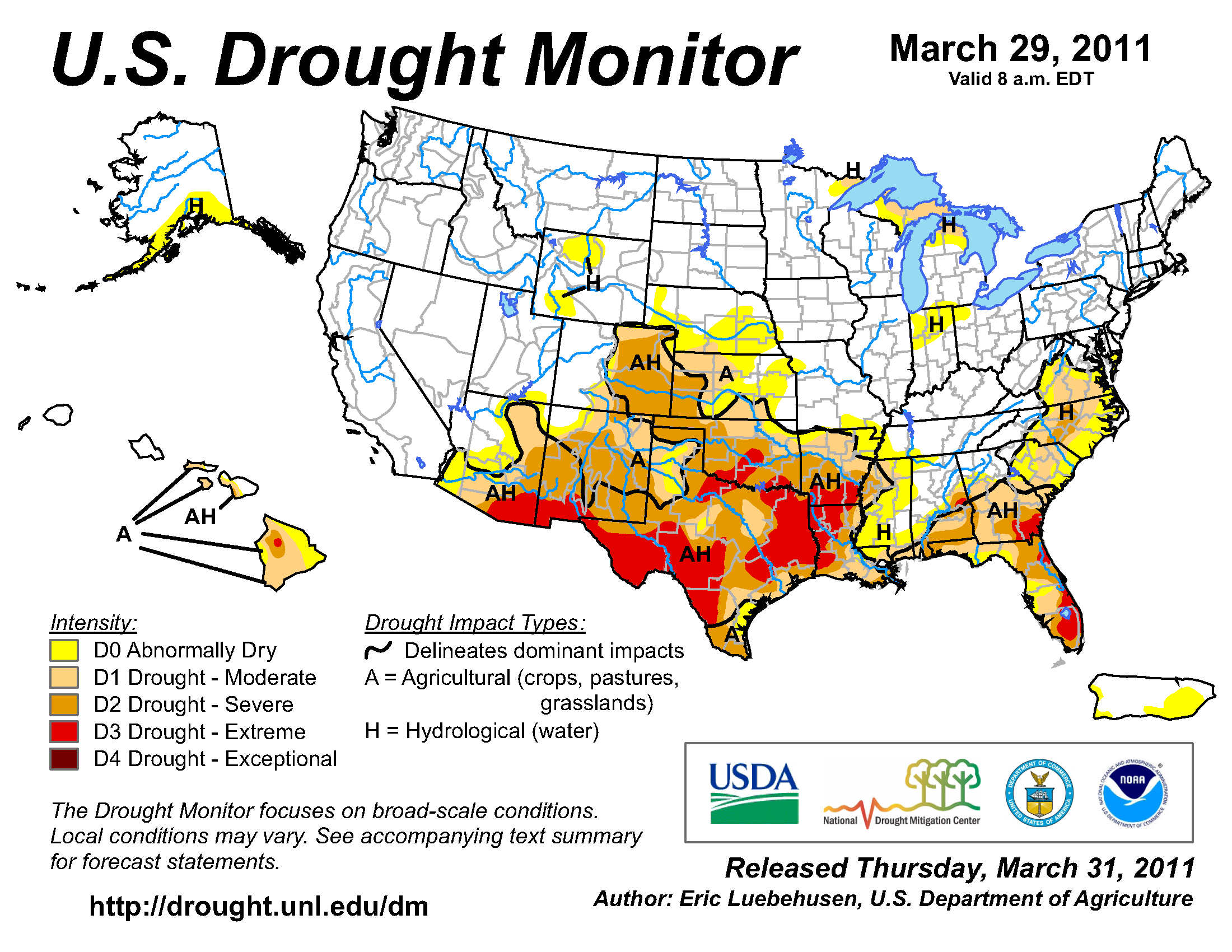 According to the U.S. Drought Monitor, the overall size of the drought footprint across the contiguous U.S. grew slightly during March, and many locations that were experiencing drought at the beginning of March had worsening drought conditions by the end of the month. Drought conditions across the West and the northern tier of the country remained generally unchanged. In these regions, an active storm track kept drought conditions from developing. Along the U.S.-Mexico border, where precipitation was scarce during the month, severe drought intensified to extreme. By the end of March, 95 percent of Texas was experiencing drought, and 43 percent of the state was classified as being in extreme drought. Extreme and moderate drought also developed for parts of the Red River Valley in Oklahoma. Across the southeastern coast and the Florida peninsula, drought conditions changed little with moderate-to-severe drought persisting. Beneficial rain fell across the interior Southeast, with the moderate drought in Tennessee, and northern Alabama and Mississippi being alleviated. Drought conditions also remained generally unchanged across Alaska and Hawaii.

The last week of March, a large complex of fires burned across southeast Georgia, just west of Savannah. The fires burned a total of 41,850 acres (16,900 acres) between March 26th and April 1st. The fires occurred in a relatively remote area, with only minimal property damages reported. However, three homes were destroyed in Long County. Several state highways had to be closed in the region due to the heavy smoke. Governor Deal declared a state of emergency in four counties. According to the Georgia Forestry Commission, there have been 2,000 wildfires in the state since February, which were partially driven by ongoing drought conditions. 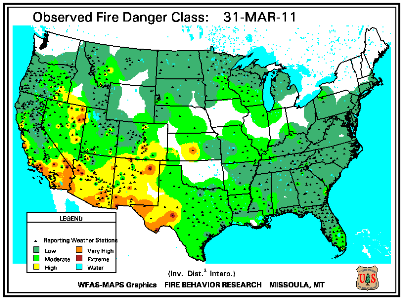 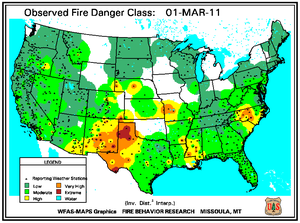 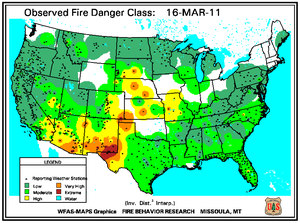 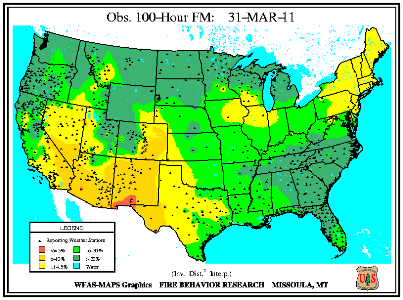 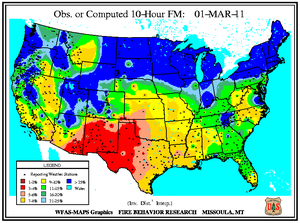 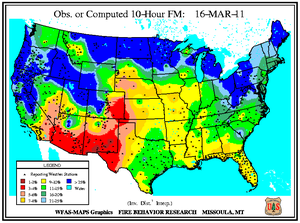 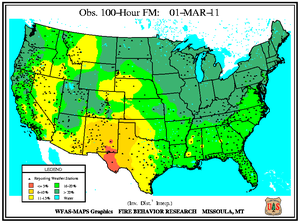 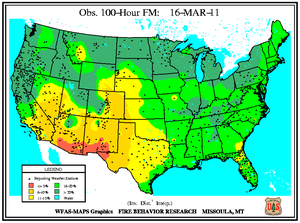 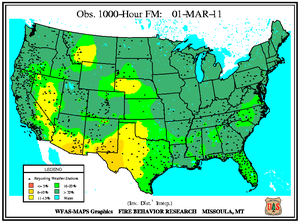 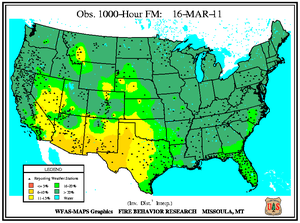 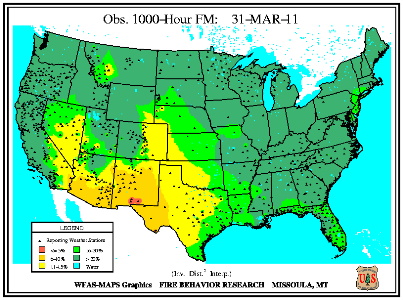 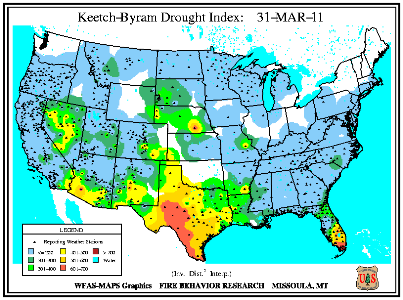 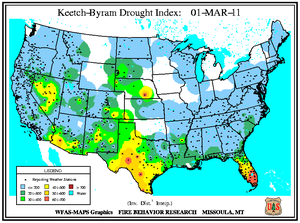 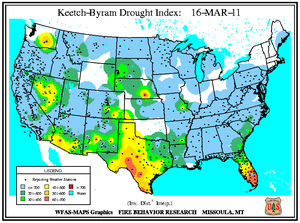