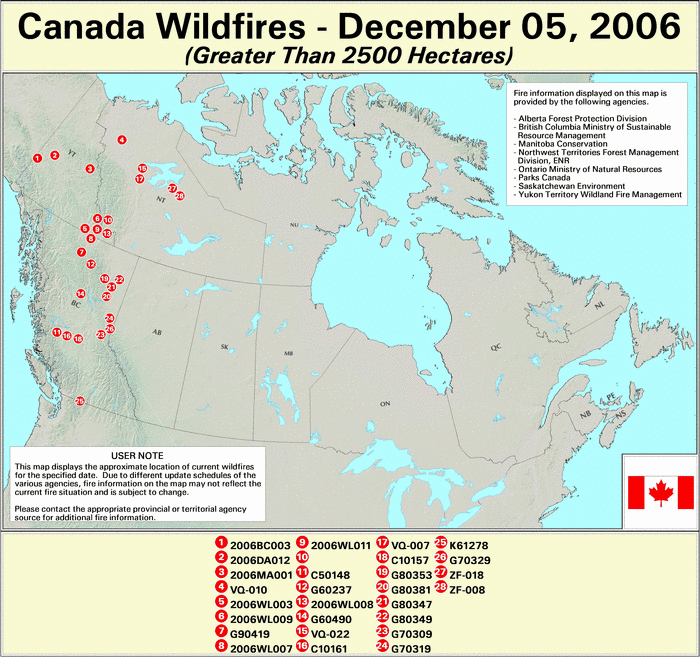 Although drought persisted in the middle of the country in November, large wildland fire activity was concentrated in western Canada. In the U.S. the major incidents were concentrated in two areas: Oklahoma–Arkansas–Missouri and Kentucky.

The fire season abated in December. There were over 96,000 wildland fires in the U.S. since the beginning of 2006, and almost 10 million acres were burned, according to estimates from the National Interagency Fire Center. The preliminary number of acres burned is a record.

The Keetch–Byram Drought Index (KBDI), a widely used index for fire risk, had the largest potential for wildland fire activity in the contiguous U.S. in southern California, Nevada, southwestern Arizona, and in eastern Georgia and the northern Florida peninsula. The observed experimental fire potential index at the beginning of December was anomalously high from southern California eastward through southern Nevada, Arizona, and western New Mexico. 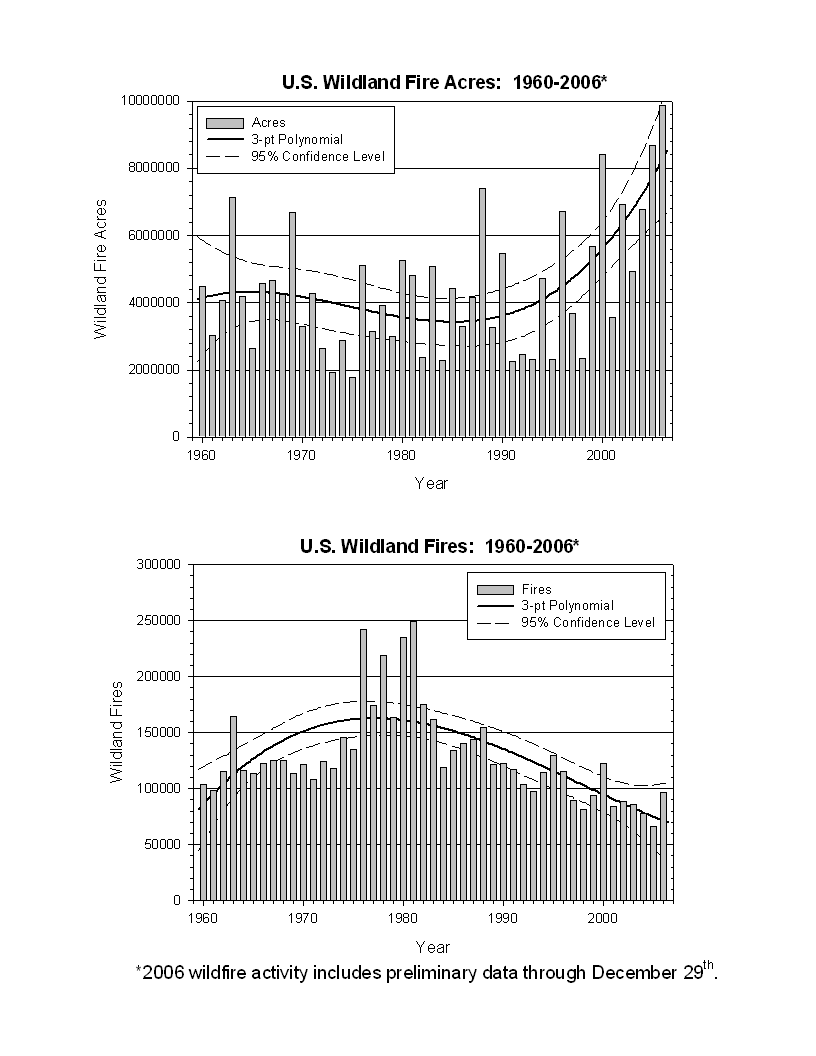 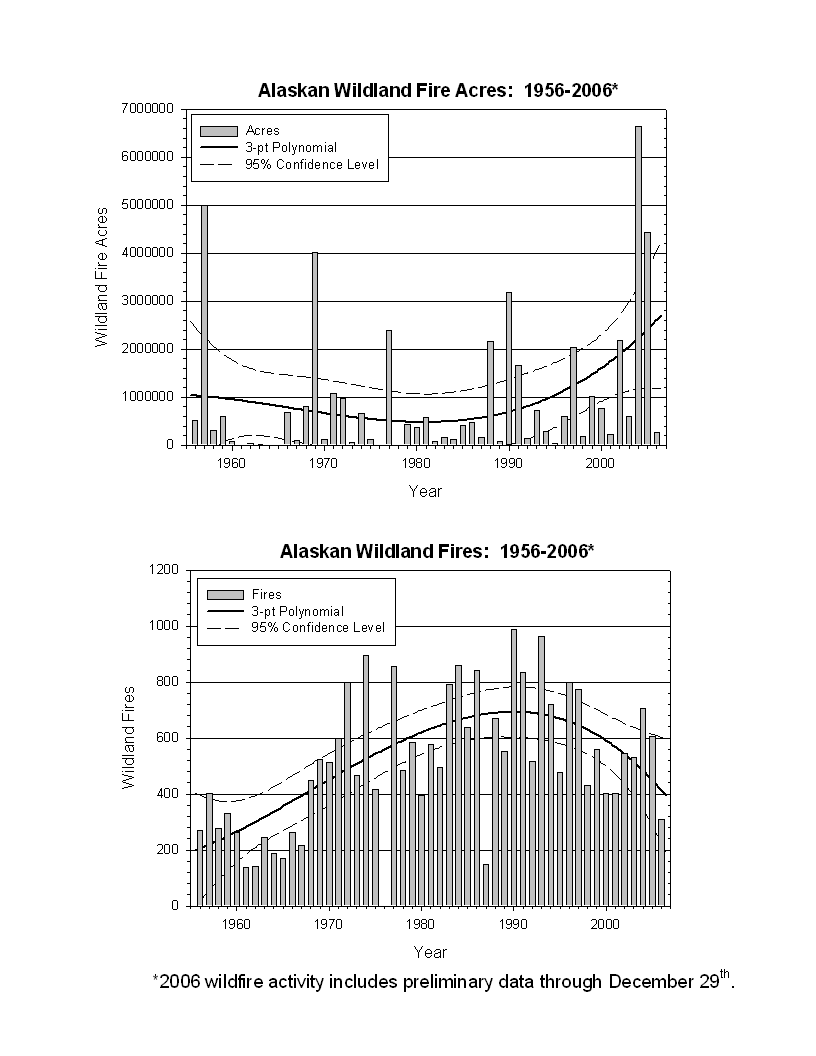